Jesus Is The Master Builder of Our Lives 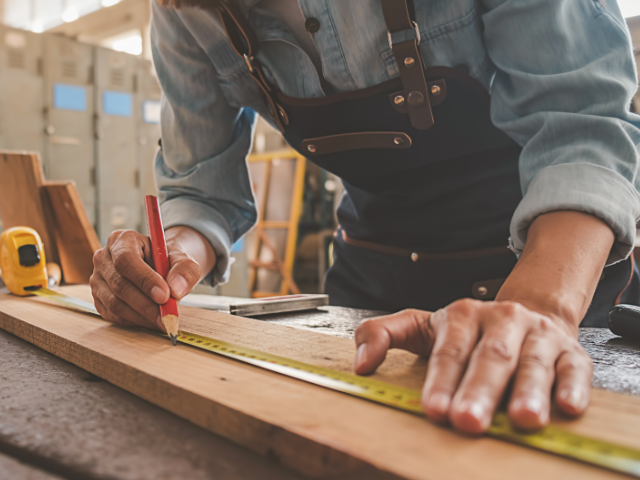 Good news: God doesn’t need our help! He is perfectly capable of accomplishing every good thing without us. In fact, He already has. His cry on the cross of “It is finished” is proof. After all, His works were finished before the foundation of the world. (Hebrews 4:3)

However, He does require our obedience. Certain things will not manifest on the earth without us cooperating with the Holy Spirit. Yet, human tendency is to learn what He wants us to do and then try to fulfill it in our own strength and understanding.

God’s promises are Yes and Amen through Christ (2 Corinthians 1:20), but we must be led by His Spirit in how He chooses to bring them to pass.

Consider King David and his son Solomon. While David wrote many of the Psalms, Psalm 127 was written by Solomon. He witnessed firsthand as David wanted to be the one to build the temple in Jerusalem for the Lord. However, God spoke to David that Solomon was the one He had chosen to build it. (1 Kings 8:17-19) David accepted God’s choice and spent years laying out plans and collecting the resources to make it easier for Solomon. It would have been foolish for David to disobey and spend countless hours having a temple built. God didn’t need David’s help in building a temple for Him. David and Solomon had to follow God’s orders for the Lord to make it the place of His dwelling.

Unless the Lord builds the house, the builders labor in vain. Unless the Lord watches over the city, the guards stand watch in vain. In vain you rise early and stay up late, toiling for food to eat—for he grants sleep to those he loves.

Am I the only one who has ever tried to build things that the Lord wasn’t blessing? Or try to carry out His plans in my own strength? There’s a better way, and that is abiding in Him. When we labor outside of His grace, we’re unconsciously saying that we can do a better job building our lives than He can. There’s a reason Jesus was a carpenter while He was on the earth!

May you be renewed today in the knowledge that God is carrying out to completion the work that He has begun in you. (Philippians 1:6) As His son or daughter, you are very precious to Him and He is the Master Builder. He requires our obedience, but He doesn’t need our help!

Of course, God has no physical hand, so what does this mean? When a few generations pass, the apostles would lay their hands-on others so that they would be healed or filled with the Holy Spirit or sent out into a ministry calling. Their hands represent God’s hand to bring God’s children to the fullness of His call upon their lives. The picture of God’s gracious hand upon us should give us a rush of joy and encouragement. Surely every born-again child of God has the hand of the Lord upon him in some degree. What can bring that out in a greater display like that which we see in the life of Ezra?

In the above verses we have the reason why. He devoted himself to studying, obeying, and teaching the Word of God. It’s a simple, clear and powerful answer clearly seen in the passage. It is available to every reader. It is the call upon every reader, for whatever your calling is, you need to study and observe and, in some manner, teach the Word of God. There are only a few things that Scripture encourages us to be devoted to. One is the study of and obedience to the Word. The others are to be devoted to seeking the LORD (Jeremiah 30:21), to doing what is good (Titus 3:8,14) and to prayer (Colossians 4:2). It is impossible to do one without doing them all.

Consider: Would you like the gracious hand of God upon your life? Devote yourself to study, obedience, and teaching His Word.

Streams in the Desert – August 29

There is a poem called “The Changed Cross.” It represents a weary one who thought that her cross was surely heavier than those of others whom she saw about her, and she wished that she might choose an other instead of her own. She slept, and in her dream she was led to a place where many crosses lay, crosses of different shapes and sizes. There was a little one most beauteous to behold, set in jewels and gold. “Ah, this I can wear with comfort,” she said. So she took it up, but her weak form shook beneath it. The jewels and the gold were beautiful, but they were far too heavy for her.

Next she saw a lovely cross with fair flowers entwined around its sculptured form. Surely that was the one for her. She lifted it, but beneath the flowers were piercing thorns which tore her flesh.

At last, as she went on, she came to a plain cross, without jewels, without carvings, with only a few words of love inscribed upon it. This she took up and it proved the best of all, the easiest to be borne. And as she looked upon it, bathed in the radiance that fell from Heaven, she recognized her own old cross. She had found it again, and it was the best of all and lightest for her.

God knows best what cross we need to bear. We do not know how heavy other people’s crosses are. We envy someone who is rich; his is a golden cross set with jewels, but we do not know how heavy it is. Here is another whose life seems very lovely. She bears a cross twined with flowers. If we could try all the other crosses that we think lighter than our own, we would at last find that not one of them suited us so well as our own.
–Glimpses through Life’s Windows

The voice of the blood of Christ

“The blood of sprinkling, that speaketh better things than that of Abel.” Hebrews 12:24

There is a cry heard in heaven; the angels are astonished; they rise up from their golden seats, and they enquire, “What is that cry?” God looks upon them, and he says, “It is the cry of blood; a man has been slain by his fellow; a brother by him who came from the bowels of the self-same mother has been murdered in cold blood, through malice. One of my saints has been murdered, and here he comes.” And Abel entered into heaven, blood-red, the first of God’s elect who had entered Paradise, and the first of God’s children who had worn the blood-red crown of martyrdom. And then the cry was heard, loud and clear and strong; and thus it spoke: “Revenge! Revenge! Revenge!” And God himself, upstarting from his throne, summoned the culprit to his presence; questioned him, condemned him out of his own mouth, and made him henceforth a fugitive and a vagabond, to wander over the surface of the earth, which was to be sterile henceforth to his plough. And now, beloved, just contrast the blood of Christ with this. There is Jesus Christ, the incarnate Son of God; he hangs upon a tree; he is murdered—murdered by his own brethren. “He came unto his own, and his own received him not”, but his own led him out to death. He bleeds; he dies; and then is heard a cry in heaven. The astonished angels again start from their seats, and they say, “What is this? What is this cry that we hear?” And the mighty Maker answers yet again, “It is the cry of blood; it is the cry of the blood of my only-begotten and well-beloved Son!” And God, uprising from his throne, looks down from heaven and listens to the cry. And what is the cry? It is not revenge; but the voice cries “Mercy! Mercy! Mercy!” Did you not hear it? It said, “Father, forgive them, for they know not what they do.”

For meditation: Abel died, but through his faith he still speaks to us (Hebrews 11:4). Christ died and is alive for evermore (Revelation 1:18); He is always speaking for us, if we come to God through him (Hebrews 7:25).

Let the peace of Christ rule in your hearts, since as members of one body you were called to peace. And be thankful.
Colossians 3:15
DailyVerses.net