Why You Need to Hear the Gospel Again 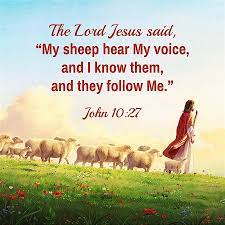 “Fix these words of mine in your hearts and minds; tie them as symbols on your hands and bind them on your foreheads. Teach them to your children, talking about them when you sit at home and when you walk along the road, when you lie down and when you get up.” – Deuteronomy 11:18-21

I was again hearing the words spoken to me my whole life. From flannel graphs in Sunday school to today’s sermon preached from Genesis 3. I had heard this story before. I was a guest in my friend’s church which met in an old chapel with all the traditional trimmings—pews, hymnals, and the smell of old wood. The pastor preached on the Fall, the fateful turn of humanity’s tale when man’s faith in God shattered, and so did everything else.

Sin entered the world, and what was formerly home and belonging became unreachable and lost. God’s voice was no longer the only one we listened to. As the pastor told this story, he delivered a powerful presentation of the gospel. He made connections within Scripture that drew out a certain angle of the light of the good news that my heart just happened to need to hear that week.

You would think that after all these years, I would cease to be amazed by the Bible’s message and all the ways we can see it from Genesis to Revelation. You’d think that eventually, I would graduate and perfectly embody all of its truth in each corner of my life and wouldn’t need it poured into my ears over and over again. But, reader, I do. And so do you.

Though the stories never change, the essential message that we are broken and Christ is the answer remains the same, and God continually delivers it anew to us as we walk along the way. He’s made us to need his Word like we need food, to come to life as his Spirit helps us hear what we couldn’t before. Every verse of the Bible tells us that to be alive, to be sustained, to remain vital, with fresh life pouring and flowing through us, we need words.

Though I had heard it countless times, I have a tendency, symptomatic of being human, to let even the most sacred truths sit filed away, archived like a thing I’ve collected rather than the living, breathing thing it is, “dividing soul and spirit, joints and marrow” (Heb. 4:12). If this happens to the gospel in your life, you will quickly begin to work and strive for what Jesus has already done for you, placing a yoke that isn’t his, and therefore isn’t freedom, back on your sore shoulders.

But hearing the pastor deliver God’s Word afresh both humbled me and lifted me in the way that only Jesus can do. The truth is that mankind failed, and we continue to fail. But God sent his son, Jesus, to become like us and to do the unthinkable by taking on our curse so we might be free. And looking to him in faith is all it takes to be healed. That’s it. I don’t know about you, but I would be crushed if it wasn’t for this good news sustaining every moment for me.

This is the good news we need to hear and receive every day—that we’re sinners, and Christ is our savior. Whether it’s from a pastor, a minister, a family member or a friend, hearing the gospel spoken out loud, taking shape in another person’s words is life-giving to our faith. When was the last time someone spoke these words out loud to you? When was the last time you spoke them out loud to someone else? Or even to yourself?

When the enemy tempted Jesus with his twisted words, challenging him to use his power to satisfy his hunger, Jesus responded,

It is easy to forget the power of words. In the daily onslaught of messaging and information, words can gradually become common, misused, and drained of their worth. But Christians can’t forget our need for the words that come from the mouth of God.

In the beginning, God spoke, and a cosmos of life and light and earth and stars erupted out of nothing, spread across all existing space, and continues to expand to this day. The words of God began life in the most literal as well as spiritual sense. It shouldn’t surprise us then that it is the Word of God that sustains the life in us. When we believe in Christ, God puts a new spirit in us that is living, active, and sustained by God himself. His words and our abiding in them is what feeds that life.

Ezra 8:21-23 21There, by the Ahava Canal, I proclaimed a fast, so that we might humble ourselves before our God and ask him for a safe journey for us and our children, with all our possessions. 22I was ashamed to ask the king for soldiers and horsemen to protect us from enemies on the road, because we had told the king, “The gracious hand of our God is on everyone who looks to him, but his great anger is against all who forsake him.” 23So we fasted and petitioned our God about this, and he answered our prayer.

When Ezra had gathered everyone for the journey, he proclaimed a fast. It was a time to humbly ask the LORD for His protection. He could have asked for armed guards, but he had already told the king that the gracious hand of God was on everyone who looks to Him. It would not be much of a testimony to turn around and ask for the strength of man after trying to share that with the king. Do we think like this? Do we remember what we have shared of the truth of our LORD with unbelievers and then carefully guard the testimony by being faithful to live in demonstration of it? I’m afraid we water down our words by our actions more than we verify our words by our actions.

I wonder if Ezra thought, “I put my foot in my mouth now! I’m going to have to make this trip with valuable possessions but without armed guards because I told the king God’s hand was on us and against our enemies. We had better pray!”

We are not in the habit of dropping everything, especially eating, and going to God until we get an answer. We could certainly learn from their example here. Ezra says God answered their prayer before they left. It was done before they broke camp. They didn’t have to see it to believe it. In some way that is not recorded, they had the assurance that the prayer was already answered. May the LORD teach us to pray with such fervor and hear the answer with this kind of convinced assurance.

“I pulled them along with cords of a man, with ropes of love, and I became to them as one who lifts the yoke from their jaws; and I bent down and fed them.” – Hosea 11:4 NASB

For John Fawcett and his wife, it was an emotional moment. He had been saved under the ministry of George Whitefield. Called to ministry, he pastored a small church in northern England. Then he was asked to become the pastor of a larger church in London. This seemed like an opportunity he could not pass up, so he accepted the call.

As Fawcett and his wife prepared to leave, their parishioners gathered around them, expressing their appreciation. Pondering this display of emotion, John and his wife had second thoughts about their decision. They decided they just could not go.

John was so moved by this demonstration of Christian fellowship that he wrote a hymn, “Blest Be the Tie that Binds.” He had seen how Christian hearts were bound together “in Christian love” and how this fellowship was “like to that above.”

He realized, in Christ, we all are one and, “before our Father’s throne we pour our ardent prayers; our fears, our hopes, our aims are one, our comforts, and our cares.” He realized we need to “share our mutual woes, our mutual burdens bear.” Someday, all believers will be united in Heaven where we shall be free from “sorrow, toil and pain, and sin,” and “perfect love and oneness [will] reign through all eternity.”

Remember, you are part of the body of Christ. Worship God together. Pray together. Share each other’s burdens. Together, seek first God’s Kingdom.

Reflection Question: How can you promote unity within the body of Christ?

Since you are my rock and my fortress, for the sake of your name lead and guide me.
Psalm 31:3
DailyVerses.net