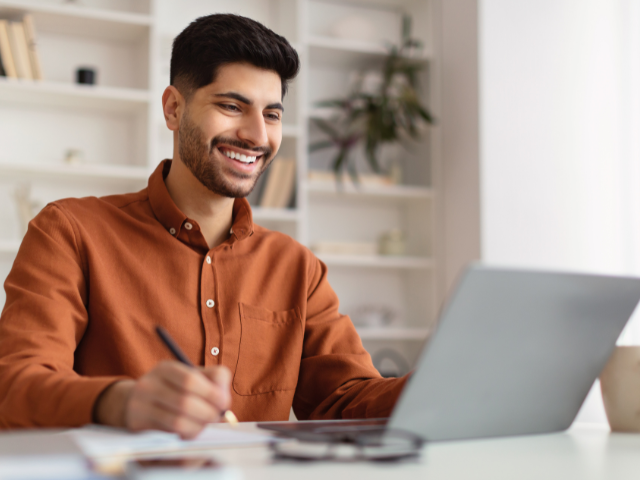 As a child, when people talked about gifts, we thought of superpowers; and of course, my imagination flew at that age. I wanted to be like the superhero in the comics named the Hulk, and have great strength. When I was in school, I spent time drawing him in every notebook I had. I never imagined that later in life I would have a great affinity with artistic design. During those times, God allowed me to discover and experience one of my gifts.

And that is how God is. He has cultivated gifts in each one of us through the Spirit and has made them something special. Sometimes we do not understand the immensity of the things that come from the Lord and how He can transform something imperfect into a work of art. We can see how several generations have emerged with the abilities given to them and that despite their mistakes, God believed that they would make a difference in the world around them and that generations would recognize everything they did after them.

Each of us has something that differentiates us from others. On certain occasions, those differences must be united to support each other. Suppose you have ever seen a colony of ants working together. In that case, you will notice that they have a communication code, and that is how we must be to bring the Word of God to others in an accessible and collaborative way.

“I would like every one of you to speak in tongues, but I would rather have you prophesy. The one who prophesies is greater than the one who speaks in tongues, unless someone interprets, so that the church may be edified” (1 Corinthians 14:5 NIV).

When I first learned about CBN and did a high-school internship with the organization as an advertising designer, I fell in love with what they did. Each person had a different facet of the ministry to work in, but they all helped each other. It was incredible for me to see so much collaborative work.

The story does not end there. God allowed me to test my abilities again at the end of the internship, but He knew that it was not yet the time to stay on at CBN. Ecclesiastes 3:1 (KJV) tells us that everything has its time, and everything that is wanted under heaven has its hour.

I never imagined getting to that point after serving in my church for many years and doing so many things.  I was still not in tune with God’s purpose, and, for several years, it was difficult for me to understand the reason for my situation. However, at that point, God forges us through our trials and makes us grow as a person.

I remember as if it were yesterday, in 2019, when I had the opportunity and privilege of joining CBN Costa Rica in the Digital Media area and where I dreamed of working after finishing high school in 2014.

With this achievement, I said to myself, “I won God’s admission exam; my gifts were approved.”

That is when I understood that God could use us in many areas, but first, we must fulfill the service to His church and do it wholeheartedly as unto Him. Each of us is an essential key to carrying His Word in different ways and at the right time in His all-encompassing plan.

Have you identified the greatest gifts that God has given you?  Pray that God would use your life and gifts in new ways each day.

“So it is with you. Since you are eager for gifts of the Spirit, try to excel in those that build up the church.” (1 Corinthians 14:12)

Nehemiah 4:16-18 16From that day on, half of my men did the work, while the other half were equipped with spears, shields, bows and armor. The officers posted themselves behind all the people of Judah 17who were building the wall. Those who carried materials did their work with one hand and held a weapon in the other, 18and each of the builders wore his sword at his side as he worked. But the man who sounded the trumpet stayed with me.

The enemies of Judah were furious over the wall being built. The remnant had worked hard, and the wall was half finished. The leaders of their enemies began to insult their work in range of their hearing to discourage them. When the enemy insults you, know that he is afraid at the work being done through you. About the time they became tired and discouraged from the insults and by the massive amount of rubble to be moved, the enemy began to plan an attack. The enemy often attacks when we are physically weary and discouraged. He watches for the weakest moment. But the Jews got wind of the plot.

Nehemiah had half of the men guard the other workers. The ones who hauled the materials had a weapon in one hand and worked with the other. The builders had their weapons handy. They devised a plan to rush to the aid of any place where the trumpet was blown. From the crack of dawn until it was too dark to work, they built and watched for the enemy. When the enemies found their plan was discovered, they gave up on the idea of an attack.

We are building too. We are laborers for the Kingdom of God. Some of us haul material and some of us stand guard, but all of us need to have our sword at our side. We need the Word of God in our hands ready for the battle. The enemy will try to discourage and insult you because he is the Accuser of the brethren. That is the time to take heart. He is attacking because he sees the good work done through you. If you are a laborer on the wall, get a brother to cover your back and watch for you in prayer. Listen for the trumpet call so that you can help your brothers that are being attacked. They may be working on a different section of the wall, but remember it is all a part of the same wall.

Encouragement: Before we know it, every stone will be in place and the New Jerusalem will descend.

As Much as They Wanted

Jesus then took the loaves, gave thanks, and distributed to those who were seated as much as they wanted.

This story of the miraculous and abundant provision of bread for a hungry crowd is included in all four gospel accounts of Jesus’ life and ministry: Matthew, Mark, Luke, and John. That’s not a coincidence. This story captures the reality of our deep hunger, Jesus’ surprising and abundant provision, and the various human reactions that followed this miracle. Jesus truly prepared a table for his people!

There’s something so captivating and satisfying about this scene that it’s no wonder it’s included in each gospel account. With a delightful twist Jesus tests his disciples, saying, “Where should we get bread for these people?” And all the while he knows very well what he is about to do.

Imagine Jesus’ joy at being able to provide for everyone! And the way he does this is unexpected: the loaves he multiplies are brought forward by a boy.

How is it possible that Jesus could do this? And how could so many people all have “as much as they wanted”?

Jesus could do this because he is God. And this miracle is merely a sign pointing to something greater—for Jesus is about to reveal to the people (as we will see tomorrow) that he is actually the real bread of life.

Lord Jesus, bread of life, giver of every good gift, we praise and thank you! We look to you in our hunger, and you satisfy us with your abundance. You are truly a miracle-working Savior. Amen.

“And I say unto you, That many shall come from the east and west, and shall sit down with Abraham, and Isaac, and Jacob, in the kingdom of heaven. But the children of the kingdom shall be cast out into outer darkness: there shall be weeping and gnashing of teeth.” Matthew 8:11-12

“I will,” says man, and he never performs; “I shall,” says he, and he breaks his promise. But it is never so with God’s “shalls.” If he says, “shall,” it shall be; when he says, “will,” it will be. Now he has said here, “many shall come.” The devil says, “they shall not come;” but “they shall come.” Their sins say, “you can’t come;” God says, you “shall come.” You, yourselves, say, “we won’t come;” God says, “you shall come.” Yes! There are some who are laughing at salvation, who scoff at Christ, and mock at the gospel; but I tell you some of you shall come yet. “What!” you say, “can God make me become a Christian?” I tell you yes, from here rests the power of the gospel. It does not ask your consent; but it gets it. It does not say, will you have it, but it makes you willing in the day of God’s power. Not against your will, but it makes you willing. It shows you its value, and then you fall in love with it, and immediately you run after it and have it. Many people have said, “we will not have anything to do with religion,” yet they have been converted. I have heard of a man who once went to chapel to hear the singing, and as soon as the minister began to preach, he put his fingers in his ears and would not listen. But by and by some tiny insect settled on his face, so that he was obliged to take one finger out of his ear to brush it away. Just then the minister said, “he that hath ears to hear, let him hear.” The man listened; and God met with him at that moment to his soul’s conversion.

For meditation: When God speaks he means it—every single word (Psalm 119:160; Proverbs 30:5). Does this fact strike you when you read or hear his word?

Taste and see that the Lord is good; blessed is the one who takes refuge in him.
Psalm 34:8
DailyVerses.net

My command is this: Love each other as I have loved you.
John 15:12
DailyVerses.net