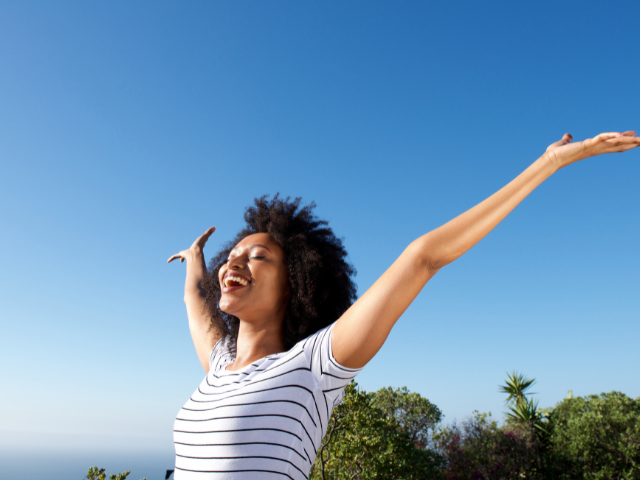 We are in a time of economic uncertainty with rising inflation, gas prices, housing expenses, and grocery costs. Thankfully, God’s ability to provide for His children is not dependent on the stability of the economy. Even when there is economic uncertainty in the world around us, as children of God, we can trust Him to provide for our daily needs.

As recent warnings of a coming recession emerged, I began reflecting on my testimony of God providing for me during the Great Recession of 2007 while I was a graduate school student trusting God for food, gas, tuition, and housing. During my prayer time back then, I would pray for God to provide for me during the Great Recession and beyond. God provided for me through my new job, scholarships, and by giving me wise budgeting strategies to steward what He provided.

Psalm 143:5 CSB states, “I remember the days of old; I meditate on all you have done; I reflect on the work of your hands.”

Remembering how God provided for me during previous hard times caused me to have hope in the current financial difficulties in society. This time of meditation on all that God has done serves as comfort when the world’s economy is shaky.

The Bible is filled with accounts of people trusting God during moments of financial difficulties or when the need was greater than the supply on hand. One example is when the fish and loaves of bread were multiplied to feed the crowd of thousands. The crowd was in need and the supply was much less than the demand of the hungry men, women, and children. The food was miraculously multiplied so that everyone in attendance ate and were satisfied.

A while ago, I coordinated a street evangelism and feeding crusade in a local park where homeless men and women gathered. My team’s food supply was limited and as soon as we started setting up the tables and chairs, I saw that there were more people than food. I quietly prayed for a miracle as I continued to set up the tables and began to set out what little food that we had. Shortly after my prayer, a man drove up in a truck and explained that he was supposed to feed the homeless community just blocks away but his team did not show up, leaving him with a truck full of fresh food that he did not want to go to waste. As he opened the truck door to show me all the fresh food, I stood in awe as I thanked God and thanked this kind man for offering the food to us. As we unloaded the truck, I thought of how much God cared for us to connect us so that we could feed to homeless community in the park that day. More and more people showed up with their hands open, ready to receive, and the food miraculously never ran out. We ended the day with leftovers that I could send several new homeless friends away with as we prayed for them, offered Christ as their Savior, and provided resources to assist them with housing and other needs.

Psalm 143:6 declares, “I spread out my hands to you; I am like parched land before you. Selah.”

When I had a need to provide for my homeless friends in the park that day, I spread my hands to God and He provided. May we who are God’s children always stretch our hands towards God in expectation that we can trust Him to provide.

Nehemiah 5:8-10 8and said: “As far as possible, we have bought back our Jewish brothers who were sold to the Gentiles. Now you are selling your brothers, only for them to be sold back to us!” They kept quiet, because they could find nothing to say. 9So I continued, “What you are doing is not right. Shouldn’t you walk in the fear of our God to avoid the reproach of our Gentile enemies? 10I and my brothers and my men are also lending the people money and grain. But let the exacting of usury stop!

During the time they were building the wall, some of the people came to Nehemiah and told him of their financial hardships. There had been a famine, and they had borrowed grain from their brothers. Those who loaned the grain were charging 1% interest, and in some cases, buying the sons and daughters of those in hardship as slaves. The people were giving up their fields to those to whom they owed the money, and that meant they could never repay and would only get deeper in debt.

When Nehemiah heard this, he was angry. This is the anger of righteous indignation. They had bought back their people who were slaves to Gentiles to try and restore the nation, and now they were enslaving each other. Nehemiah asked them if what they have done was done in the fear of a just and righteous God. If not, then their Gentile neighbors could reproach them for their double standard. They were already being mocked for doing good. Why would they give them a chance to mock them for acts of hypocrisy? Nehemiah told them, “Lend freely, but don’t charge interest, and restore what you have taken from them!” The people agreed to do what was right.

This a message that needs to be declared today. The church should be known for its generosity to those in need. We need to set a standard for the world. Instead we often hear of the greedy Christian businessman who was a poor testimony. The unbelieving world reproaches us for not acting in the fear of God. If you are claiming to be a Christian and being unjust in your dealings with other Christians, you should restore what was taken unjustly. If your brother wrongs you, follow Matthew 18, but do not take your story to the world.

Consider: If we do not walk in the fear of God, why would the world want to hear our message?

Streams in the Desert – September 4

And when you hear the sound of the trumpet, all the people shall shout with a great shout; and the wall of the city shall fall down flat, and the people shall ascend up every man straight before him (Joshua 6:5).

The shout of steadfast faith is in direct contrast to the moans of wavering faith, and to the wails of discouraged hearts. Among the many “secrets of the Lord,” I do not know of any that is more valuable than the secret of this shout of faith. The Lord said to Joshua, “See, I have given into thine hand Jericho, and the king thereof, and the mighty men of valour.” He had not said, “I will give,” but “I have given.” It belonged to them already; and now they were called to take possession of it. But the great question was, How? It looked impossible, but the Lord declared His plan.

Now, no one can suppose for a moment that this shout caused the walls to fall. And yet the secret of their victory lay in just this shout, for it was the shout of a faith which dared, on the authority of God’s Word alone, to claim a promised victory, while as yet there were no signs of this victory being accomplished. And according to their faith God did unto them; so that, when they shouted, He made the walls to fall.

God had declared that He had given them the city, and faith reckoned this to be true. And long centuries afterwards the Holy Ghost recorded this triumph of faith in Hebrews: “By faith the walls of Jericho fell down, after they were compassed about seven days.”
–Hannah Whitall Smith

Faith can never reach its consummation,
Till the victor’s thankful song we raise:
In the glorious city of salvation,
God has told us all the gates are praise.

Jesus, the Bread of Life

“I am the bread of life. . . . I am the living bread that came down from heaven. Whoever eats this bread will live forever.”

There were reasons why people were so happy to have an abundance of bread out on the mountainside (John 6:1-13). They were really hungry, and suddenly—miraculously—there was fresh, free bread!

But on the next day some people come to Jesus with a few questions. They know the story of Moses and how God fed his people with manna in the desert (Exodus 16), and they are trying to understand who this new bread-making miracle worker is. They know that their ancestors were fed in the wilderness long ago, so how can Jesus claim to be the one sent by the manna-giving God?

When Jesus tells them that he himself is the bread that came down from heaven, they just can’t believe it. Jesus is saying that he has been sent by God and that he has seen God. And when Jesus says, “Whoever eats this bread will live for­ever,” he is referring back to the miracles God did in the past, and he is pointing forward to the ever­lasting life that is to come. Jesus is putting himself at the very center of the story of all that God is doing to save the whole world. And the only thing we need to do to be a part of what God is doing is to believe in the one God has sent (John 6:29).

For it has been granted to you on behalf of Christ not only to believe in him, but also to suffer for him.
Philippians 1:29
DailyVerses.net