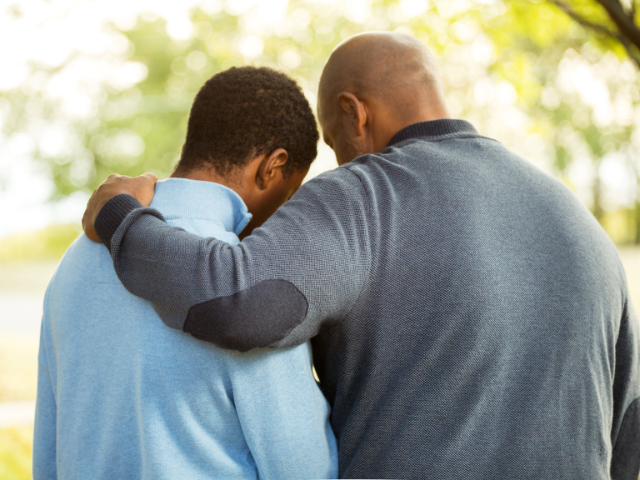 One of the two which heard John speak, and followed him, was Andrew, Simon Peter’s brother. He first findeth his own brother Simon, and saith unto him, We have found the Messias, which is, being interpreted, the Christ. And he brought him to Jesus (John 1:40-42a KJV).

Most Christians know who Simon Peter is. Even people who don’t claim to be Christians are often familiar enough with the Bible to know that Peter was a prominent apostle out of the twelve (after all, isn’t it Peter who is thought to greet people at the pearly gates?). However, a far smaller number would probably know who Andrew was. While Peter may get most of the attention, what if Andrew had failed to bring his brother to the Lord?  How different history might have been!

Down through the annals of church history, there are many prominent believers who we still remember to this day. Famous men like George Whitfield, John Wesley, Charles Hadden Spurgeon, Dwight L. Moody, and Billy Graham are just a few examples of people with easily recognizable names. What is less likely known are the individuals who were responsible for these men coming to Christ!

Who was it that was instrumental in bringing you to Christ? Who told you that they had found “the Messias” or “the Christ” and brought you to Jesus for the forgiveness of your sins and the salvation of your eternal soul? Whoever that person was, they were taking heed to Proverbs 11:30,

“… he that winneth souls is wise.”

Every time we share our Christian faith with another person, we have the opportunity to bring them to Jesus. We have the privilege of being an instrument of God to potentially deliver someone out of darkness and into His glorious light, if they believe our testimony.

It’s been said that “the only thing you can take out of this life are the souls that you bring to Jesus.”  The Apostle Paul understood this when he wrote,

“For what is our hope, or joy, or crown of rejoicing? Are not even ye in the presence of our Lord Jesus Christ at his coming? For ye are our glory and joy” (1 Thessalonians 2:19-20).

You and I may never be a Peter. There just aren’t that many Peters. But we can be an Andrew. And only the judgment seat of Christ itself will reveal the scores of unknown Andrews, to whom the Lord will say, “well done, thou good and faithful servant!”

Nehemiah 13:9-11 9I gave orders to purify the rooms, and then I put back into them the equipment of the house of God, with the grain offerings and the incense. 10I also learned that the portions assigned to the Levites had not been given to them, and that all the Levites and singers responsible for the service had gone back to their own fields. 11So I rebuked the officials and asked them, “Why is the house of God neglected?” Then I called them together and stationed them at their posts.

Nehemiah had to return to Persia for an extended time. When he was given permission and returned to Jerusalem, he was shocked. Politics had already entered the Temple worship. One of the priests was related to Tobiah, an enemy of Jerusalem and a leader of opposition. This connection got Tobiah a room in the Temple itself. When Nehemiah returned, that priest had already been expelled but no one knew what to do about Tobiah’s things. Nehemiah did! He threw them out into the street and commanded the room to be cleansed and the Temple treasures restored.

What a picture of our hearts! We sometimes have a little connection with the world. Before we know it, the world moves in and fills up one of the rooms. Just like in Jerusalem, worship begins to be neglected. The Jews had stopped supporting the singers and gatekeepers so they all went to work somewhere else. Once the world moves in, we start giving praise to other things. Our giving to the work of God begins to dwindle, and worship suffers. No one is guarding the gates and all kinds of other compromises begin to sneak in.

“Why is the house of God neglected?” That is to say, why have you allowed this backsliding of your spiritual condition? We occasionally need this kind of a rebuke to help us see how far we have fallen. When we hear it, we need to restore things as they were. Put things in their proper places.

Admonition: Return to worship as we know God would have it, in spirit and in truth.

“Having a desire to depart, and to be with Christ, which is far better.” Philippians 1:23

Here we are like Israel in the wilderness, who had but one cluster from Eschol. There we shall be in the vineyard. Here we have the manna falling small, like coriander seed, but there shall we eat the bread of heaven and the old corn of the kingdom. We have sometimes on earth, lusts, ungratified desires, that lack satisfaction; but there the lust shall be slain and the desire shall be satisfied. There shall be nothing we can want; every power shall find the sweetest employment in that eternal world of joy.There will be a full and lasting fruition of Christ, and last of all upon this point there shall be a sharing with Christ in his glory, and that for ever.“We shall see him,” yes, and let us have the next sentence, and “shall be like him when we shall see him as he is.” Oh Christian, anticipate heaven for within a very short time thou shalt be rid of all thy trials and thy troubles; thine aching head shall be encircled with a crown of glory; thy poor panting heart shall find its rest and shall be satisfied with fulness as it beats upon the breast of Christ. Thy hands that now toil shall know no harder labour than harp-strings can afford. Thine eyes now filled with tears shall weep no longer. Thou shalt gaze in ineffable rapture upon the splendour of him who sits upon the throne. Nay, more, upon his throne shalt thou sit. He is King of kings, but thou shalt reign with him. He is a priest after the order of Melchisedec, but thou shalt be a priest with him. Oh rejoice! The triumph of his glory shall be shared by thee; his crown, his joy, his paradise, these shall be thine, and thou shalt be co-heir with him who is the heir of all things.

For meditation: Being with Christ must be far better, because we will then be with Christ who is far better. God has prepared something far better for the believer (Hebrews 11:40).

Streams in the Desert – September 11

Abraham was long tried, but he was richly rewarded. The Lord tried him by delaying to fulfill His promise. Satan tried him by temptation; men tried him by jealousy, distrust, and opposition; Sarah tried him by her peevishness. But he patiently endured. He did not question God’s veracity, nor limit His power, nor doubt His faithfulness, nor grieve His love; but he bowed to Divine Sovereignty, submitted to Infinite Wisdom, and was silent under delays, waiting the Lord’s time. And so, having patiently endured, he obtained the promise.

God’s promises cannot fail of their accomplishment. Patient waiters cannot be disappointed. Believing expectation shall be realized. Beloved, Abraham’s conduct condemns a hasty spirit, reproves a murmuring one, commends a patient one, and encourages quiet submission to God’s will and way.

Remember, Abraham was tried; he patiently waited; he received the promise, and was satisfied. Imitate his example, and you will share the same blessing.
–Selected

Give to everyone what you owe them: If you owe taxes, pay taxes; if revenue, then revenue; if respect, then respect; if honor, then honor.
Romans 13:7
DailyVerses.net