Deferred but Not Denied 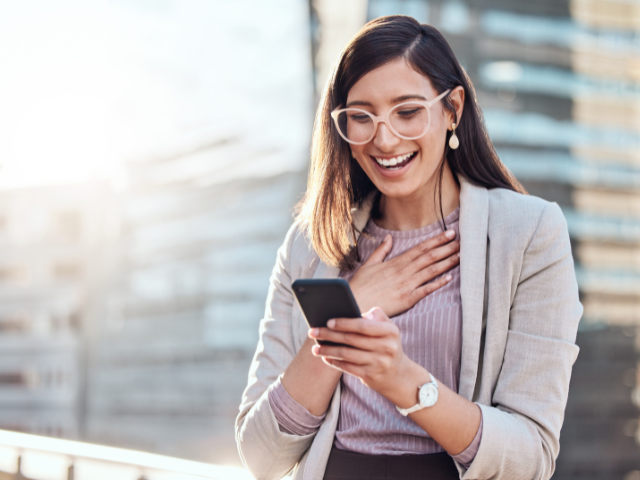 Hope deferred makes the heart sick, but a longing fulfilled is a tree of life. (Proverbs 13:12 NIV)

I have seen something else under the sun: The race is not to the swift or the battle to the strong, nor does food come to the wise or wealth to the brilliant or favor to the learned; but time and chance happen to them all. (Ecclesiastes 9:11)

For years I dreamed of working as a makeup artist for CBN.

You see, my Christian faith is infused into every fiber of my being. This proved to be a challenge on some of the sets where I found myself and I was constantly monitoring my conversations to be sure not to offend anyone by speaking of this Jesus who I love so much.

But how could I keep quiet about His goodness towards me? The fact that I’m even able to perform the tasks that I do with my hands is a miracle in and of itself. I’ve never had any formal training or been to school for my craft. My hands have been blessed by the Master.

Nevertheless, it was only a matter of time before I mentioned the name of Jesus and was being pulled aside with a stern talking to regarding discussing religion on the set.

On the heels of my fourth rejection I was feeling defeated. I doubted my skill level and abilities. On top of that, there were several instances on the set with other artists where they spoke negatively about me when they thought I wasn’t listening.

One night while searching through social media, I was prompted by the Holy Spirit to search “makeup artists” and “CBN.” An artist who had worked for CBN came up. I sent her an email explaining my story and she informed me that she wasn’t able to help me at that time. But sometime later she contacted me with the news that CBN was seeking an artist for the Washington, D.C., bureau! I submitted my application that day. Shortly after that I would receive a phone call for an interview, an audition, and then an offer of a position as makeup artist with CBN. Wow! How amazing!

If you are reading this with a dream that may be deferred, let me encourage you: God hasn’t forgotten about you. I honestly wanted to give up at times. But the race isn’t given to the swift or to the strong, but to the one who endures until the end. Amidst obstacles and disappointments, stand strong knowing that in due season you will reap (Galatians 6:9).

9“If my heart has been enticed by a woman, or if I have lurked at my neighbor’s door, …

11For that would have been shameful, a sin to be judged. 12It is a fire that burns to Destruction; it would have uprooted my harvest.

In Job 31 Job began to list the areas in which he had been faithful. His friends seem to have thought there must have been some hidden sin somewhere. Job resisted declaring the specifics of his righteousness up to this point, but since they insisted, he began to list all the areas he had already gone over in his own heart.

The first one that was mentioned is lust. Job recognized the destructiveness of lust and made a covenant with his eyes not to look on a girl lustfully. He recognized it as a fire that burned to Destruction. He had probably witnessed that fire in the lives of young men in the city in which he lived. He learned from their sad stories.

In the world today, there are a million excuses to ignore this wise direction. Even though society considers it wrong to consider women as objects, it sets a double standard in flaunting women’s bodies in clothing design, in entertainment, and even in its contests for the best-looking woman of an area. If man had difficulty in the days of Job, when women were covered with robes, what are they to do today? We can do the same as Job. Look into the eyes, the windows of the soul. Refuse to contemplate the person as anything other than an eternal soul that is loved of God. This is as good a plan today for men as it is for women. Don’t joke about a desire for the body of another. It is not a laughing matter. It is a fire that burns to Destruction. There are so few that set an example in this area today. It is considered prudish or religious.

Instruction: Set an example for your own sake. Don’t become another statistic of the fire that burns to destruction. Make a covenant today with your eyes!

To angels, first of all, I believe this command is addressed: “Comfort ye, comfort ye my people.” You often talk about the insinuations of the devil; I frequently hear you bemoaning yourselves because you have been attacked by Apollyon, and have had a hard struggle with Beelzebub; you have found it hard to resist his desperate thrusts which he made against you; and you are always talking about him. Allow me to remind you that there is another side of that question, for if evil spirits assault us, doubtless good spirits guard us; and if Satan can cast us down, doubtless it is true God gives his angels charge over us, to keep us in all our ways, and they shall bear us up in their hands lest at any time we dash our feet against a stone. It is my firm belief that angels are often employed by God to throw into the hearts of his people comforting thoughts. There are many sweet thoughts which we have by the way, when we sit down, and when we rise up, which we scarcely dare attribute immediately to the Holy Spirit, but which are still beautiful and calm, lovely, and fair, and consoling; and we attribute them to the ministry of angels. Angels came and ministered unto Jesus, and I doubt not that they minister unto us. Few of us have enough belief in the existence of spirits. I like that saying of Milton’s, “Millions of spiritual creatures walk this earth, both when we sleep and when we wake.” And if our minds were opened, if our ears were attentive, we might hold fellowship with spirits that flit through the air every moment. Around the death-bed of saints, angels hover; by the side of every struggling warrior for Christ the angels stand.

For meditation: The verses Spurgeon goes on to quote—Psalm 34:7 and Hebrews 1:14.

Our trials are the preparation for God’s future purpose for our life.

Have you ever experienced a situation that seemed impossible to endure? Years later, did you realize how that trial prepared you for things to come? The Scriptures tell us that the Lord sometimes allows us to be “sifted” for greater service. In other words, He may give Satan permission to affect an area of our life and thereby transform us into stronger witnesses for Him.

In today’s passage, Jesus explains this process to Peter: “Satan has demanded to sift you men like wheat; but I have prayed for you, that your faith will not fail; and you, when you have turned back, strengthen your brothers.” Jesus knew what was coming—His death, resurrection, and ascension—and He expected Peter to lead the disciples and accomplish great things for the kingdom. But Peter wasn’t ready.

So the Lord allowed Satan to “sift” Peter. In so doing, God separated the “wheat” from the “chaff”—the righteous areas of Peter’s life from the ungodly areas. Ultimately, the disciple grew from the experience and played a key role in spreading the gospel. Had God not allowed this sifting, Peter wouldn’t have been prepared for the events to come. Ask God to bring into focus similar ways that He’s used difficulties for your ultimate good.