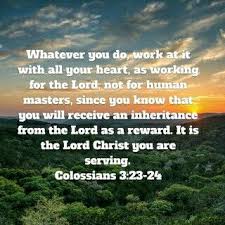 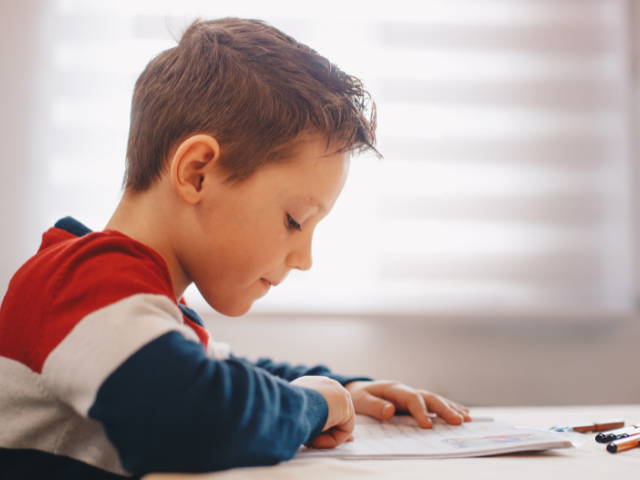 Have you ever been called upon to explain your misbehavior? I remember being in grade school and Sister Susie (changed to protect her identity) poked me in the head to turn around and pay attention. I was humiliated by her actions, but I have no recollection of what distracted me in the back of the room. My lack of attention to her teaching upset her.

One common thread in the Bible from Genesis to Revelation is to give God the greatest respect and obey Him by keeping His commandments.

The writer of Ecclesiastes said it this way,

From the beginning of time, people have gotten off course from following God’s commandments and paying attention to what He says is important. In Galatians 1, the Apostle Paul admonishes believers for getting distracted from the true teachings of Christ and believing a distorted version of the Gospel:

“I can’t believe how you waver—how easily you have turned traitor to him who called you by the grace of Christ by embracing an alternative message!” (Galatians 1:6).

In his passion for them to understand the seriousness of their ways and why he cares so much about the true Gospel message, Paul says,

“Do you think I speak this strongly in order to manipulate crowds? Or court favor with God? Or get popular applause? If my goal was popularity, I wouldn’t bother being Christ’s slave. Know this—I am most emphatic here, friends—this great Message I delivered to you is not mere human optimism. I didn’t receive it through the traditions, and I wasn’t taught it in some school. I got it straight from God, received the Message directly from Jesus Christ” (Galatians 1:10-12).

Pleasing the Lord made all the difference for Paul and he wanted the same for the Galatians. He poked them on the back of their heads with his strong words to get them to pay attention to the true Gospel message. We can all benefit from the reminder to focus on Christ regardless of life’s challenges.

Streams in the Desert – September 22

“Then hath God also to the Gentiles granted repentance unto life.” Acts 11:18

Can they be sincerely penitent, and then go and transgress again immediately, in the same way as they did before? How can we believe you if you transgress again and again, and do not forsake your sin? We know a tree by its fruit; and you who are penitent will bring forth works of repentance. I have often thought it was a very beautiful instance, showing the power of penitence which a pious minister once related. He had been preaching on penitence, and had in the course of his sermon spoken of the sin of stealing. On his way home a labourer came alongside of him, and the minister observed that he had something under his smock-frock. He told him he need not accompany him farther; but the man persisted. At last he said, “I have a spade under my arm which I stole up at that farm; I heard you preaching about the sin of stealing, and I must go and put it there again.” That was sincere penitence which caused him to go back and replace the stolen article. It was like those South Sea Islanders, of whom we read, who stole the missionaries’ articles of apparel and furniture, and everything out of their houses; but when they were savingly converted they brought them all back. But many of you say you repent, yet nothing comes of it; it is not worth the snap of the finger. People sincerely repent, they say, that they should have committed a robbery, or that they have kept a gambling-house; but they are very careful that all the proceeds shall be laid out to their hearts’ best comfort. True repentance will yield “works meet for repentance;” it will be practical repentance. Yet farther. You may know whether your repentance is practical by this test. Does it last or does it not?

For meditation: As with faith, repentance without works is dead. Jesus could tell that the repentance of Zacchaeus was practical and real (Luke 19:8-9).

28then these also would be sins to be judged, for I would have been unfaithful to God on high.

Job continued his defense before his friends. He told how he always helped the needy and took good care of his workers. He said that he was consistent to do those things because he had a fear of God. He knew God required it of him, and that he would be judged if he did not. As we look at Job’s defense, few of us can say that our lives come anywhere close to Job’s. Yet the real standard is not Job but Jesus Christ. Thank God for sending His Son to be the sacrifice for our sins.

In the passage for today Job says that he did not trust in his great wealth. Jesus told us it was very hard for the rich to enter the Kingdom of God. Job seems to have been one of the few who could be trusted with wealth but not rely on it for security. He recognized that provision came from God. Though he labored to earn income, he knew God is the Provider. How many of us can be just as secure when our bank accounts are bottoming out as when they are bulging? That can only come when we see God is our security regardless of how much we possess.

He did not even rejoice over his wealth. It is one thing to be thankful and another to find joy in something. Our joy should always be the presence of God in our lives. When wealth becomes our reason for rejoicing we are turning it into an idol that takes God’s place. Job said that both trusting in wealth for security and finding your joy in wealth were both sins to be judged. Both are unfaithfulness to God.

Dear reader, pause and consider if wealth has taken God’s place in your heart as the reason you rejoice. Let us guard our hearts so that we are not seduced by wealth to worship another god. In this passage he groups this sin with worship of the sun and moon, other gods. If you have fallen in this area of making wealth a god, confess your sin, and put God back in His rightful place in your heart. See that He alone is your security and your greatest joy.

No temptation has overtaken you except what is common to mankind. And God is faithful; he will not let you be tempted beyond what you can bear. But when you are tempted, he will also provide a way out so that you can endure it.
1 Corinthians 10:13
DailyVerses.net