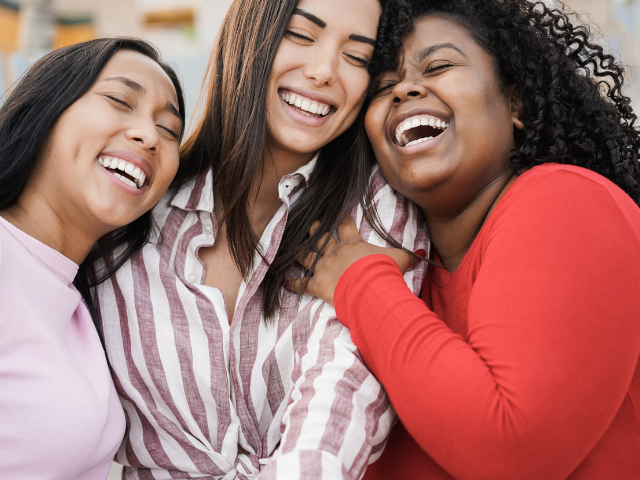 Peter understood the mission of the people of God. He beautifully describes it in the following Scripture:

But you are a chosen people, a royal priesthood, a holy nation, God’s special possession, that you may declare the praises of him who called you out of darkness into his wonderful light (1 Peter 2:9 NIV).

Peter is saying we are of the office or of the position of a priest (priesthood)—and not just a priest but a splendid, magnificent, royal one.

When I first read this, I thought, really me? A severely withdrawn girl from the westside of Chicago, called out of darkness to be a part of a holy nation, a kingdom of priests?

I know now, yes, I am—and so are you. God’s priests. We are set apart for the very same reason priests were set apart in the Bible. Priests were set apart, called, and made holy for a purpose, a job, a ministry, and most importantly, to carry out the mission of God. Priests were not set apart to be isolated from people or pompously parade around the community, nor to condemn. God says be holy for I am holy. Priests are called to live out the character of a loving God—to be the hands and feet of our Lord—and so are we.

Our priestly calling brought us out of darkness and the muck and mire of sin into His marvelous light to bless His people and to live out our lives shining His truths and love throughout our world.

Several years ago, I volunteered at a pregnancy resource center as well as clinics for women. There, I spent time talking and ministering to them. It was the most rewarding time of my life. It was my calling, my priesthood, my ministry. As a ministering vessel, God used me to minister to many individuals at those facilities.

But in your hearts revere Christ as Lord. Always be prepared to give an answer to everyone who asks you to give the reason for the hope that you have. But do this with gentleness and respect.

We need to be ready, in season and out of season, to share our hope and faith. We may not always see the salvation of the Lord in people we minister to, but our mission is to share our hope in God. And God will shine His face upon them, lift up His countenance to them and give them His peace. Basically, He will do it all.

Lord, I pray that we realize we are Your chosen ones, Your priests called out of darkness to be set aside and sanctified to declare the works of the Lord. We, as ministers and priests, are to let our light shine so you, Lord, are seen and You are glorified.

Streams in the Desert – November 25

Take the arrows… Smite upon the ground. And he smote twice and stayed. And the man of God was wroth with him, and said, Thou shouldest have smitten five or six times (2 Kings 13:18-19).

How striking and eloquent the message of these words! Jehoash thought he had done very well when he duplicated and triplicated what to him was certainly an extraordinary act of faith. But the Lord and the prophet were bitterly disappointed because he had stopped half way.

Beloved, how solemn is the application! How heartsearching the message of God to us! How important that we should learn to pray through! Shall we claim all the fullness of the promise and all the possibilities of believing prayer?
—A. B. Simpson

“Unto him that is able to do exceeding abundantly above all that we ask or think” (Eph. 3:20).

There is no other such piling up of words in Paul’s writings as these, “exceeding abundantly above all,” and each word is packed with infinite love and power to “do” for His praying saints. There is one limitation, “according to the power that worketh in us.” He will do just as much for us as we let Him do in us. The power that saved us, washed us with His own blood, filled us with might by His Spirit, kept us in manifold temptations, will work for us, meeting every emergency, every crisis, every circumstance, and every adversary.

The captive Savior freeing his people

‘Jesus answered, I have told you that I am he: if therefore ye seek me, let these go their way: that the saying might be fulfilled, which he spake, Of them which thou gavest me have I lost none.’ John 18:8–9

When you suffer tribulation, affliction and adversity, do not think that God is punishing you for your sins, for no child of God can be punished for sin penally. Let me not be misunderstood. A man is brought before God first of all as a criminal before a judge. You and I have stood there. Through Christ’s blood and righteousness we have been absolved and acquitted as before God the Judge, and it is not possible for the law to lay so much as the weight of a feather upon us since we have been perfectly acquitted. In all the pains and sufferings which a Christian may endure, there is not so much as a single ounce of penal infliction. God cannot punish a man whom he has pardoned and who is then adopted into God’s family. Now, if he shall as a child offend against his father’s rule, he will be chastened for it. Everyone can see the distinction between chastening by a father and punishment by a judge. If your child were to steal, you would not think of punishing that child in the light in which the judge would do it, who would commit him to imprisonment for having broken the law; but you chasten your child yourself, not so much to avenge the law as for the child’s good, that he may not do this evil thing again. So our heavenly Father chastens his people with the rod of the covenant, but he never punishes them with the sword of vengeance. There is a difference between chastening and punishing. Punishing is from a judge; Christ has suffered all such punishment, so that no penal infliction can fall upon a soul that believes in him; but we may have chastisement which comes to us as the result of a father’s love, and not as the result of a judge’s anger; we have felt such chastisement, and have reason to bless God for it.

For meditation: If God becomes our Father, he will sometimes judge that we need disciplining now (Hebrews 12:6–7). If he remains our Judge, he will one day condemn us for ever. Faith in Christ is the only way to have a Father instead of a Judge in heaven (John 5:24).

Isaiah 6:3-5 3And they were calling to one another: “Holy, holy, holy is the LORD Almighty; the whole earth is full of his glory.” 4At the sound of their voices the doorposts and thresholds shook and the temple was filled with smoke. 5“Woe to me!” I cried. “I am ruined! For I am a man of unclean lips, and I live among a people of unclean lips, and my eyes have seen the King, the LORD Almighty.”

In Isaiah chapter 5 Isaiah was pronouncing words of woe to the corrupt society in which he lived. In chapter 6 the king had died. Isaiah went into the house of God and saw a vision of God’s throne. Angelic beings were flying about the throne singing to each other, “Holy, holy, holy is the LORD Almighty; the whole earth is full of his glory.” The sound of their voices was so powerful that the doorposts and foundations shook.

Isaiah was no longer pronouncing woes on others. There in the presence of God, in the light of His holiness, Isaiah saw his own sinfulness. He pronounced woe upon himself. A vision of God’s holiness reveals the depths of our sinfulness. The realization of his own depravity caused him to say he was ruined. The Hebrew word can be translated ‘unraveled’. Like a rug that had come unwoven, Isaiah felt as if he had fallen apart.

The first thing he noticed was the words he had spoken. The words we speak reveal our wicked heart. We live around people who are constantly speaking unkind, corrupt, and ungrateful words. We tend to speak like those we are around. In the light of God’s perfections, Isaiah saw this as his most blatant rebellion against God. We need a greater revelation of God to see by contrast how great our sin is and how desperately we need to change.

Consider: Jesus said that whoever loves truth comes to the light. Step into the light and let your need be revealed.

Like newborn babies, crave pure spiritual milk, so that by it you may grow up in your salvation.
1 Peter 2:2
DailyVerses.net