Disciples or Admirers of Jesus? 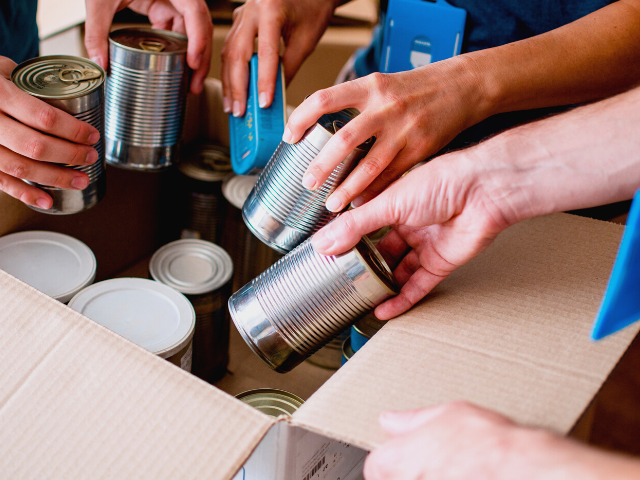 For many years I admired C.S. Lewis, an author who changed my way of thinking in many areas. His conversion to Christianity was impressive; his analysis of pain and faith led me to deeply admire him. Even with everything I say about him, I assure you that I have not yet been able to imitate him. I do not necessarily want to be like him, and I am not interested in becoming a C.S. Lewis version 2.0. Why? Because I am only his admirer, not his disciple.

The word disciple comes from the Greek mathētḗs and means “apprentice: someone who imitates, replicates, and behaves like his teacher.” For years, I´ve heard many say that they are disciples of Jesus but live in a different way from what He taught us. I must confess that I was one of them—until I saw one of the WWJD (What Would Jesus Do) bracelets. I then asked myself if I was really being like Jesus. That changed everything and took me from questioning to action.

The Bible is clear on this topic:

“But those who obey God’s word truly show how completely they love him. That is how we know we are living in him. Those who say they live in God should live their lives as Jesus did” (1 John 2:5-6 NLT).

A disciple fully imitates his teacher, follows him with his actions, and makes him a model in everything. Are we being like Jesus? Or are we just admiring Him? A true disciple of His knows that he must be an active agent of change in people’s lives and use everything to achieve the goal of winning souls for heaven.

As director of the Spanish version of Christian World News, sometimes I like to leave the tasks of directing the news and go out to do reports on the street. A few weeks ago, I was on the border between Costa Rica and Panama, where there are thousands of Venezuelans and Haitians in a struggle to find a better future. Many cross the Darién, a very dangerous jungle from which very few come out alive.

Both those who migrate and the people who live in this area have given up. They simply cannot figure out how to help so many people at the same time. However, there was one person there who decided to make a difference: Mrs. Luci. I met her by accident, but she showed me Jesus with her actions.

Mrs. Luci chose one family from the many that migrated. She saw them on the street in deplorable conditions. The girls were dehydrated and had diarrhea, the parents had a serious infection, and they had no money to be treated. With the little resources Mrs. Luci and her family had, they took action. They took the struggling family in, gave them medicine, food, and clothing. Weeks later, they helped them so they could continue on their way. Mrs. Luci’s actions, giving everything she had, changed the history of one family.

You know what caught my attention? Seeing many people in this region resign themselves to reality, accept living with the suffering of others, and not doing something to change it. Mrs. Luci decided to do the opposite.

When I saw Mrs. Luci give her best, it reminded me of the people of Israel when they gave their best and offered it to the Lord.

“Each morning you must sacrifice a one-year-old lamb with no defects as a burnt offering to the LORD” Ezekiel 46:13 NLT

This word is clear: offer to Him your very best. None of the disciples of Jesus gave what was left over, but they gave their best instead. They gave their lives to follow the Teacher—and so did Mrs. Luci, only she did it in the 21st century, where recognizing a disciple is sometimes not so easy.

Today we can make a difference in someone’s life. Often, what seems little to us is a lot to others. And if we join forces, we can make a big change in the world. What do you have to give that can be a blessing to other people? You and I are the modern-day disciples of Jesus. So, now it’s our turn to act!

Lights in a Dark World

Let’s be faithful to pray for the salvation of leaders and others living in darkness.

In 1 Timothy 2, the apostle Paul gives us some guidelines for living in a way that will attract others to Jesus. For one thing, praying for all people—including our governing authorities—can lead to “a tranquil and quiet life in all godliness and dignity.” Recognizing this can make people want to “come to the knowledge of the truth” and be saved according to God’s desire (1 Tim. 2:2-4).

There is no righteousness or goodness in the fallen human heart that makes us worthy of salvation in God’s eyes. Nevertheless, He has chosen to love and save us as a display of “the boundless riches of His grace in kindness toward us in Christ Jesus” (Ephesians 2:7). Fallen angels can never receive forgiveness, but redeemed humanity will be eternal trophies of God’s grace in the ages to come.

When we live with righteousness and respect, we become like lights in this dark, sinful world. In that way, we point others to the Lord Jesus Christ so they too can receive God’s salvation and likewise give Him glory forever. So let’s be faithful in making “requests, prayers, intercession, and thanksgiving … in behalf of all people” because this is good and acceptable to God (1 Tim. 2:1, 3).

John fills in the blanks for us. He starts with the timeless exis­tence of the Word: “In the beginning was the Word.” Then he connects the timeless Word with God: “The Word was with God, and the Word was God.” Next John relates the divine Word to creation: “Through him all things were made.” But that’s not all. The Word is also the source of all human flourishing: “In him was life, and that life was the light of all mankind.” And the Word is unconquerable: “The light shines in the darkness, and the darkness has not overcome it.”

All of this is big-deal stuff. And this amazing, extraordinary Word becomes flesh, becomes Jesus. The timeless, life-giving Creator of all becomes as ordinary as any of us. There’s nothing simple about that. And it remains a great mystery.

But here is something especially amazing. When the Word becomes flesh, the glory of God becomes visible in a new way: “The Word became flesh. . . . We have seen his glory. . . .” Just imagine—a human being shining with the glory of God. How wonderful is that?

Jesus, you are the Word of God, and yet you are as ordinary as we are. That is so amazing! Jesus, show us what it really means to be human. Amen.

Isaiah 53:4-6 4Surely he took up our infirmities and carried our sorrows, yet we considered him stricken by God, smitten by him, and afflicted. 5But he was pierced for our transgressions, he was crushed for our iniquities; the punishment that brought us peace was upon him, and by his wounds we are healed. 6We all, like sheep, have gone astray, each of us has turned to his own way; and the LORD has laid on him the iniquity of us all.

Isaiah 52:13 through chapter 53 contains some of the most detailed and rich prophecies concerning the Messiah. The most comforting are those in our passage for today. Man’s greatest infirmity is sin. His greatest sorrow is his estrangement from God. Jesus took that upon Himself while He was on the cross. We cannot comprehend the horror of the sins of the world, but Jesus could. He still took it on for us. Even in the process of dying for man, men cursed, mocked, and insulted Him. They implied that He deserved it for being a liar. Still He went through with it, to the end.

Why was He pierced? For our transgressions! Why was He crushed? For our iniquities! Don’t pass that over without making it personal. The only way we could have peace with God is for someone to pay the sin debt we owed. Someone had to be punished for the rebellion against God and all His goodness. The punishment that brought us peace was upon Him.

How could we be healed from this disease of sin that so permeates our nature? By His wounds we are healed! Every one of us is like a dumb sheep that wonders away from the Shepherd that cares and looks after us. We wonder off into the dangerous areas in which we can be attacked and devoured by the Wolf. If we were caught and killed, it would serve us right, for we have refused to follow our loving Shepherd. Yet the LORD laid on Jesus the iniquity of us all.

Consider: How grateful, how thankful, how forever indebted we are to Him!

Better a patient person than a warrior, one with self-control than one who takes a city.
Proverbs 16:32
DailyVerses.net