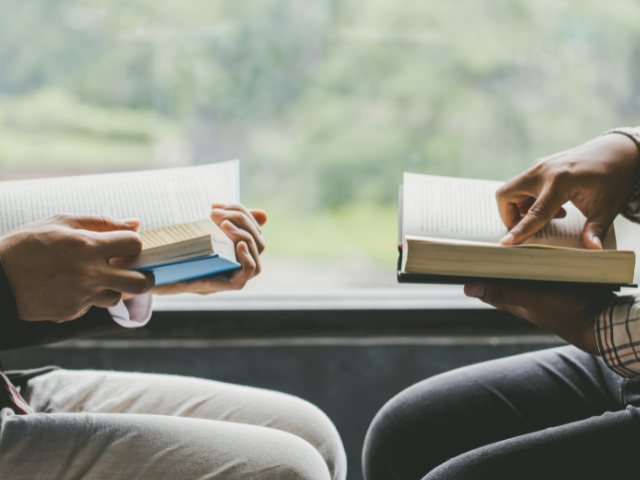 I believe that we are all created to have fellowship with God, made for His good pleasure to enjoy connection with Him.

I also believe that the desire to love and be loved stems from a heart that longs to be one with Him at some point in life.

But our heavenly Father also loves us so much that He blesses us with the power of free will to make choices for our own lives. The Lord wants us to experience the depths of His great love and to desire the fullness of His presence. He wants us to understand His character and His nature as protector, as counselor, as provider, full of mercy, grace, and unconditional love.

He desires to bless us, providing for our every need as we remain connected in prayer and continue to walk in His ways.

In the course of our lives, there are circumstances and events that are beyond our control. Decisions made by others can determine what happens to us. But that never changes the nature and character of Father God in His ongoing efforts to guide and provide in His own way—if we would only seek His will.

It begins with approaching Him in faith and humility. Such was the case in Matthew 8:1-17 when Jesus directly healed a man with leprosy by touching him after the man asked in faith for healing. In this same Bible passage, Jesus also healed a paralyzed man indirectly through the faith of a centurion who believed for this miracle when asking Jesus face-to-face.

They witnessed His power, and as a result, their love and admiration for Him grew that much stronger.

The circumstances of the leper and the paralyzed man were beyond their control, but Jesus’ healing power made them whole because of their faith in Him.

Our Lord and Savior wants us to be whole so that we can develop an even deeper relationship with Him and become a complete person who is one with Him.

When we honor the Lord through our obedience, it pleases Him. Nothing supersedes His great love for us. When we are one with Christ, we share in the love He has for others.

Jesus sets the example of love by showing His obedience to God the Father by laying down His human life and dying for us, so that we can have our sins forgiven and receive healing from sickness and disease. That’s how much Christ loves us. He demonstrated His love for the Father and for sinners.

We are created to love.

Genesis 6:5-6 5The LORD saw how great man’s wickedness on the earth had become, and that every inclination of the thoughts of his heart was only evil all the time. 6The LORD was grieved that he had made man on the earth, and his heart was filled with pain.

‘Nacham‘means comforting sorrow, regret, pity. That describes God’s heart over man’s condition in that day. Seeing man choose sin and its destructiveness, grieved the heart of God. It ‘atsab‘(pained or vexed) God’s heart to see our choices. Something had to be done to stop man from torturing himself and others (vs. 11). A cleansing of the earth had to take place. I have the same feeling, to a degree, when I must spank my children. I cry and hurt with them, but I know it will be better for us all in the future. This verse reveals the heart of God against sin and what it does to us through our own choices. God does things that He knows will be painful to Him and to His creation at times but with a good end in mind.

Sin had mastered most of mankind, like it mastered Cain. God works to bring about the least amount of pain within the boundaries of His justice. He works with this end in mind, bringing many sons to glory. The flood came to spare mankind from themselves. At times we question God’s justice, but we can always be sure that His heart is for mankind whom He has made in His image. It was with a grieved heart full of pain that He directed Noah to build the ark. It will be with a grieved heart that the next great purging of the earth takes place by fire (2Peter 3:7-12) under similar conditions among mankind. We are watching the rapid erosion of man’s thoughts and inclinations. As it was in the days of Noah, so also will it be at the coming of the Son of Man.

Consider: Guard your heart with all diligence, for out of it are the issues of life. (Proverbs 4:23)

The Holy Spirit’s Guidance – Streams in the Desert – January 10

They were forbidden of the Holy Ghost to preach the Word in Asia (Acts 16:6).

It is interesting to study the methods of His guidance as it was extended towards these early heralds of the Cross. It consisted largely in prohibitions, when they attempted to take another course than the right. When they would turn to the left, to Asia, He stayed them. When they sought to turn to the right, to Bithynia, again He stayed them. In after years Paul would do some of the greatest work of his life in that very region; but just now the door was closed against him by the Holy Spirit. The time was not yet ripe for the attack on these apparently impregnable bastions of the kingdom of Satan. Apollos must come there for pioneer work. Paul and Barnabas are needed yet more urgently elsewhere, and must receive further training before undertaking this responsible task.

Beloved, whenever you are doubtful as to your course, submit your judgment absolutely to the Spirit of God, and ask Him to shut against you every door but the right one. Say, “Blessed Spirit, I cast on Thee the entire responsibility of closing against my steps any and every course which is not of God. Let me hear Thy voice behind me whenever I turn to the right hand or the left.”

In the meanwhile, continue along the path which you have been already treading. Abide in the calling in which you are called, unless you are clearly told to do something else. The Spirit of Jesus waits to be to you, O pilgrim, what He was to Paul. Only be careful to obey His least prohibition; and where, after believing prayer, there are no apparent hindrances, go forward with enlarged heart. Do not be surprised if the answer comes in closed doors. But when doors are shut right and left, an open road is sure to lead to Troas. There Luke awaits, and visions will point the way, where vast opportunities stand open, and faithful friends are waiting.
–Paul, by Meyer

Is there some problem in your life to solve,
Some passage seeming full of mystery?
God knows, who brings the hidden things to light.
He keeps the key.

Is there some door closed by the Father’s hand
Which widely opened you had hoped to see?
Trust God and wait–for when He shuts the door
He keeps the key.

For the entire law is fulfilled in keeping this one command: “Love your neighbor as yourself.”
Galatians 5:14
DailyVerses.net