46 God is our shelter and strength,
always ready to help in times of trouble.
2 So we will not be afraid, even if the earth is shaken
and mountains fall into the ocean depths;
3 even if the seas roar and rage,
and the hills are shaken by the violence. 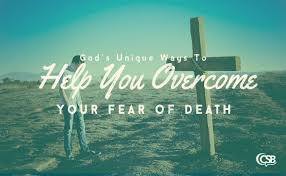 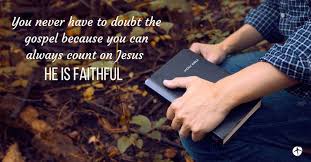 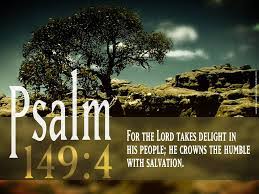 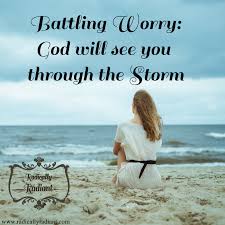 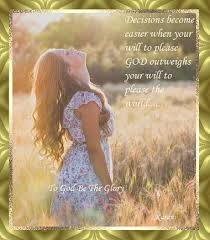 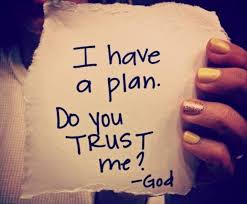 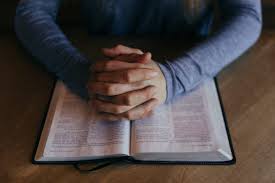 Complete and Effective Decision About Sin 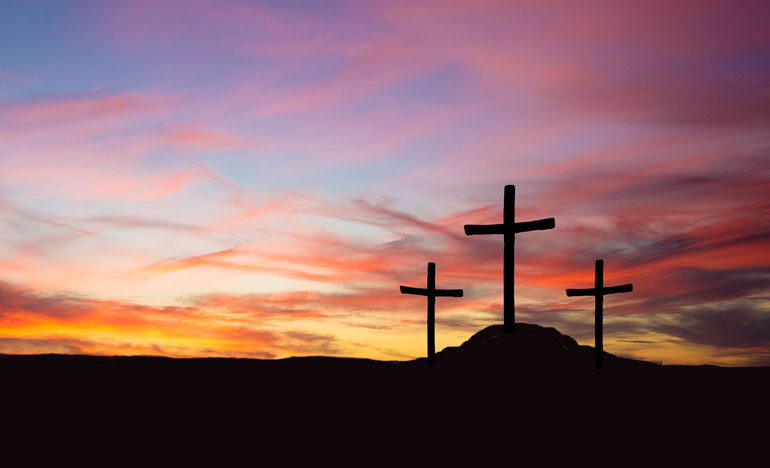 …our old man was crucified with Him, that the body of sin might be done away with, that we should no longer be slaves of sin. —Romans 6:6

Co-Crucifixion. Have you made the following decision about sin—that it must be completely killed in you? It takes a long time to come to the point of making this complete and effective decision about sin. It is, however, the greatest moment in your life once you decide that sin must die in you– not simply be restrained, suppressed, or counteracted, but crucified— just as Jesus Christ died for the sin of the world. No one can bring anyone else to this decision. We may be mentally and spiritually convinced, but what we need to do is actually make the decision that Paul urged us to do in this passage.

Pull yourself up, take some time alone with God, and make this important decision, saying, “Lord, identify me with Your death until I know that sin is dead in me.” Make the moral decision that sin in you must be put to death.

This was not some divine future expectation on the part of Paul, but was a very radical and definite experience in his life. Are you prepared to let the Spirit of God search you until you know what the level and nature of sin is in your life— to see the very things that struggle against God’s Spirit in you? If so, will you then agree with God’s verdict on the nature of sin— that it should be identified with the death of Jesus? You cannot “reckon yourselves to be dead indeed to sin” (Romans 6:11) unless you have radically dealt with the issue of your will before God.

As an educator, each spring I feel the promise of summer break beckoning me. I appreciate the respite from the usual demand to complete projects, grade papers, and participate in countless meetings. With more opportunities for quiet, summertime reminds me how often busyness can tempt me to see each commitment as merely a task to be checked off a list. Choosing to instead be present in the moment allows me to savor uncomplicated joy.

Time certainly marches on. And the simple truth of these words reminds us that life has seasons (Ecclesiastes 3:1). Interestingly, it seems typical of human nature to focus on the painful events of life instead of fully celebrating the joy of the moment. How often do we keep moments of joy at arm’s length, as if we’re holding our breath waiting for them to end?

From the road to Emmaus (Luke 24:13-32) to a quiet room in Jerusalem (Luke 24:33) to the moment of Christ’s ascension (Luke 24:50-52), Jesus’ followers must have experienced a myriad of emotions. For two disciples traveling after Jesus’ death, loss dominated their perspective; even the rumors of His victorious resurrection seemed a false hope soon to be disproven (Luke 24:17-24).

But as Jesus began to share a meal with them, “suddenly their eyes were opened” and they recognized Him (Luke 24:31). And perhaps at the same time they finally understood that pain and suffering will come, but above and beyond the time frame of this earth, God’s perfect plan of salvation continues to unfold (Luke 24:25-27).

Resilient joy comes as we experience through the Spirit God’s comforting presence. Instead of living in fear of loss, may we choose in every moment to savor each new encounter with His goodness. Of Kings and Prophets was a short-run television series focusing on the life and times of King Saul and David. With the current proliferation of Biblically-based movies and TV dramas, it was interesting to see how accurately the characters were portrayed.

One element appearing extremely accurate was the humanness of Saul. He was a king, God’s anointed one, but he was far from perfect. When God chose him, Saul had a lot of great qualities, qualities that made him king material, but over time he became a guy with issues. He was arrogant, extremely jealous, paranoid, he experienced mood swings, he had his own agenda, and if the TV portrayal was even semi-accurate, he struggled with self-discipline in the area of food!

Saul was a man of action, and when things seemed to be taking too long, he didn’t have a problem helping the situation along. The Philistines mustered to fight Israel and the people were terrified. Saul waited for the prophet Samuel to come to offer a sacrifice and ask God’s favor prior to engaging in battle, but after seven days, Samuel still had not arrived. Impatient, and watching his people scatter, Saul, determined to regroup and fight, offered the sacrifice himself. As soon as Saul finished the sacrifice, Samuel arrived. Saul made excuses for his actions, but it was too late. Although it took a while for the consequences of Saul’s action to fully play out, that day was the beginning of the downfall of his kingdom.

Rather than learning from his mistake, Saul really started messing up when he began acting on his own interpretation of what the prophet Samuel said. At this time, when a prophet spoke, it was the same as God speaking. So when the prophet said God wanted Saul to destroy the Amalekites, including women, children, and livestock, as inhumane as that sounds, he meant it. But there on the battlefield, Saul made a decision based on his own interpretation of what God said. He decided not to kill the Amalekite king or slaughter the best livestock. And once the battle was over, Saul didn’t praise God for victory. Instead, he set up a monument in his own honor. Clearly, Saul was making decisions based on his own interpretations and ego.

Saul wasn’t the first to make this mistake. Going with your own interpretation of what God said goes all the way back to the Garden of Eden, when Eve decided to believe God didn’t really mean what he said when he instructed them not to eat of the tree of the knowledge of good and evil.

Unfortunately, we often do the same, interpreting what God tells us in a manner that doesn’t require as much from us. You know, it’s one thing to not be in tune with God’s voice, to be out of fellowship with him and not hear his directives. It’s really quite another to hear God, and then make the decision to go with your own interpretation of what he said. In some ways, that’s worse because it is a blatant disregard for God’s authority in our lives and it’s disobedience.

It’s easy to look at a Bible character like Saul and see his mistakes: the places he interpreted what God said incorrectly, the times he was impatient, or allowed his ego free reign. It’s a lot harder to look at our own lives and see that we really aren’t much different when it comes to making our own interpretation of God’s directives.

In 1 Samuel 15:10, the Lord said to Samuel, “I am grieved that I have made Saul king, because he has turned away from me and not carried out my instructions.”

The Lord also said this about mankind in the days of Noah and about the Children of Israel.

Today, we still resist God’s voice. Does it bother us that we grieve God by disobeying him with our own interpretations? Perhaps it does to some extent, but maybe not enough to change us. Fighting against our own desires, our egos, and our own interpretations takes focus, determination, and God-infused strength.

Halfway obedience, obedience with a twist of our own interpretation, is really just disobedience.