2 Corinthians 8:1-5
They even did more than we had hoped, for their first action was to give themselves to
the Lord and to us, just as God wanted them to do (2 Corinthians 8:5). 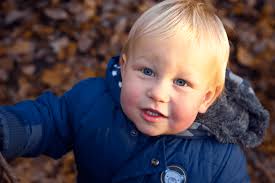 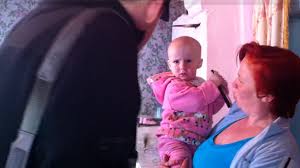 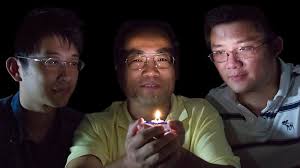 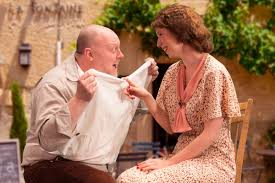 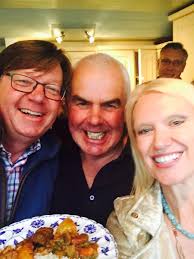 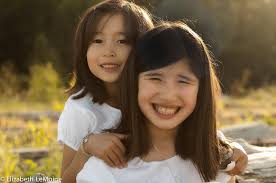 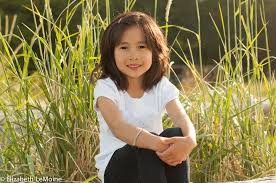 2 Corinthians 8:1-5
They even did more than we had hoped, for their first action was to give themselves to the Lord and to us, just as God wanted them to do (2 Corinthians 8:5).

A study conducted by a group of neuroeconomists from the University of Zurich found that people who showed generosity were happier than people who acted in a selfish way. In fact, they found that if people were even a little bit generous, they still experienced a pleasant feeling. The researchers measured activity in areas of the brain linked to contentment and generosity. Interestingly, the feeling of happiness that one experiences when giving has been termed a “warm glow.”

If this study had been done among the Macedonian churches Paul highlighted in his second letter to the Corinthian church, the researchers would likely have found their findings corroborated. According to Paul, the believers in Macedonia gave willingly and experienced “abundant joy, which [had] overflowed in rich generosity” (2 Corinthians 8:2-3).

Paul was encouraging the Corinthians to follow through on their promise of support by lifting up the Macedonian believers as compelling examples. The Macedonian believers’ generosity didn’t depend on their level of comfort or economic stability. They were “tested by many troubles, and they [were] very poor” (2 Corinthians 8:2). Yet they gave “not only what they could afford, but far more. And they did it of their own free will” (2 Corinthians 8:3).

What was their secret? How could they help others when they themselves were struggling? The secret was that “their first action was to give themselves to the Lord and to [other believers], just as God wanted them to do” (2 Corinthians 8:5).

As followers of Jesus, we too can give generously, not from obligation but with joy. As we commit ourselves and our possessions to Him, may the Holy Spirit lead us to emit the warm glow of giving generously.

“And I say unto you, That many shall come from the east and west, and shall sit down with Abraham, and Isaac, and Jacob, in the kingdom of heaven. But the children of the kingdom shall be cast out into outer darkness: there shall be weeping and gnashing of teeth.” Matthew 8:11-12

“I will,” says man, and he never performs; “I shall,” says he, and he breaks his promise. But it is never so with God’s “shalls.” If he says, “shall,” it shall be; when he says, “will,” it will be. Now he has said here, “many shall come.” The devil says, “they shall not come;” but “they shall come.” Their sins say, “you can’t come;” God says, you “shall come.” You, yourselves, say, “we won’t come;” God says, “you shall come.” Yes! There are some who are laughing at salvation, who scoff at Christ, and mock at the gospel; but I tell you some of you shall come yet. “What!” you say, “can God make me become a Christian?” I tell you yes, from here rests the power of the gospel. It does not ask your consent; but it gets it. It does not say, will you have it, but it makes you willing in the day of God’s power. Not against your will, but it makes you willing. It shows you its value, and then you fall in love with it, and immediately you run after it and have it. Many people have said, “we will not have anything to do with religion,” yet they have been converted. I have heard of a man who once went to chapel to hear the singing, and as soon as the minister began to preach, he put his fingers in his ears and would not listen. But by and by some tiny insect settled on his face, so that he was obliged to take one finger out of his ear to brush it away. Just then the minister said, “he that hath ears to hear, let him hear.” The man listened; and God met with him at that moment to his soul’s conversion.

For meditation: When God speaks he means it—every single word (Psalm 119:160; Proverbs 30:5). Does this fact strike you when you read or hear his word?

Love and the Electric Tea Kettle My poor old tea kettle had finally kicked the bucket. I walked into the kitchen one morning and found water covering the stove top. It had whistled its last whistle. But I knew one thing for sure. I didn’t want a new electric one to replace it.

With all kinds of electrical gadgets, TVs and now even computers adorning kitchens, I was determined to keep at least one thing that embodied for me a slower, gentler, less complicated era—a simple, stove-top tea kettle. Besides, we didn’t have room on the counter anyway.

There was just one problem. My husband really wanted one.

After a trip to visit his sister, he came home raving about electric kettles.

“They cut the boiling time in half and don’t heat up the whole kitchen!”

Since we live in Florida, he thought this was a real plus in their favor.

But I couldn’t be persuaded. I’d rather die of heat exhaustion before I cluttered up my counter.

However, since I hadn’t found the exact kettle I wanted yet, I began using a small pan. What a mess. It poured everywhere except in the cup, left hard-water stains on the interior and seemed to take forever to boil. The longer the situation went on, the more frustrated I became. Why couldn’t I find the kettle I wanted?

Then Philippians 2:4 brought the answer into focus:

“Let each of you look not only to his own interests, but also to the interests of others.” (ESV)

I knew I needed to want the kettle that my husband wanted. Isn’t that how love is supposed to work? And isn’t that how it worked when we first got married? We actually enjoyed wanting what the other one wanted, not because we really wanted it ourselves, but because we loved them and they wanted it.

I realized this was an opportunity to give my husband the gift he had so often given me — the gift of wanting what the other wants.

So early the next Saturday, I said, “You know what? I think we do need an electric tea kettle. You want to go help me pick one out?”

I wish you could have seen my husband’s face as he nearly jumped out of bed. He couldn’t get ready fast enough!

But it turns out God had been waiting for this very change of heart to give me something much more than just a tea kettle.

We soon found one we liked and it was even on sale. But I would have been willing to pay much more for the special light it brought to my husband’s eyes that day. As he squeezed my hand and led me excitedly through the store toward the kitchen appliances, that light clearly said,

“This is my wife and I love her. She cares deeply about every detail of my life — even tea kettles.”

Yes, I would have paid dearly for the priceless gift that seeing those thoughts gave me.

And surprise, surprise—there was room on the counter after all, without looking cluttered.

Now I’m the one raving about how fast the water boils and also, about the filter which keeps all the hard water “gunk” out of the cup. Had I known about the totally clear tea I could have been drinking all along, I would have gotten an electric one years ago.

But I’m raving even more about the God who loves us too much to stop working in our hearts.

Sometimes, we just don’t know what we’re missing by wanting what we want. We think that what we want is the best choice and that it will make everything good and right and better. But often our choices are actually settling for so much less. I’m very grateful God didn’t allow me to settle for what I thought I wanted.

Now as I pour another steaming cup of tea and set the kettle back in place, I know I always want to make room on the counter of my life for what God wants to put there—a wonderful blessing that I may be resisting.

“For my thoughts are not your thoughts, neither are your ways my ways …” Isaiah 55:8 (ESV)

No temptation has overtaken you except what is common to mankind. And God is faithful; he will not let you be tempted beyond what you can bear. But when you are tempted, he will also provide a way out so that you can endure it.
1 Corinthians 10:13
DailyVerses.net

For you created my inmost being; you knit me together in my mother’s womb. I praise you because I am fearfully and wonderfully made; your works are wonderful, I know that full well.
Psalm 139:13-14
DailyVerses.net