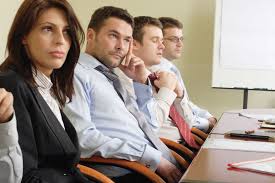 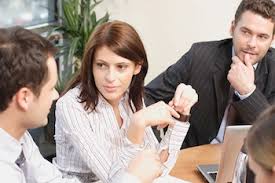 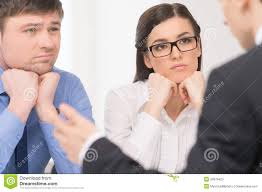 We listen to each other, but do we really listen to God. He communicates with us everyday in special ways, but are we  listening to Him?
Feb
12
2015

“Every good and perfect gift is from above, coming down from the Father” James 1:17

One of my favorite classical works of music is The Creation. But what I like even more than the stirring sounds and moving lyrics is the attitude of composer.

It was the year 1808, and the last note sounded as the symphony’s performance came to a close. Applause thundered through the auditorium in honor of one of the greatest composers of all time, Franz Joseph Haydn. The piece that had been performed was called The Creation. Haydn had written it to glorify God, by telling the Genesis story of creation through music. Audiences all over Europe adored it. And that night, he responded to the crowd’s ovation by pointing upward and exclaiming, “No, No! Not from me, but from thence! From heaven above comes all!”

At that same concert, Haydn’s contemporary Ludwig van Beethoven is said to have knelt and kissed Haydn’s hands in an act of honor. Praised by other great composers of his time and admired by the public as well, he was heaped with fame and adoration. Still, he refused to become prideful of the music God had created through Him. He knew from where it had come.

For sure, not many of us will be musical geniuses like Haydn. But God has given all of us talents and abilities. Some of us have exceptional people skills; some have what it takes to crunch numbers with precision. Others might be able to cook, write prose and poetry, or repair the transmission on a car. These gifts from God are the result of the way He created us—in His image. God is infinitely talented and able to do anything! Being made in “His image” means we have been given gifts from Him to accomplish good things and to contribute to our world.

But here’s the rub. If we’re not careful, the stealth enemy of pride will whisper to you that you are the one who deserves the credit. There is something really seductive about applause and affirmation. Giving the credit to others is not an easy thing to do. But in the end, who would you rather have people admire—you or your God? And even if you are tempted to honestly admit that you’d kinda like it to be you—upon further reflection, my guess is that you really don’t want to go there. And you shouldn’t. Competing with Him for the applause, especially when He deserves it all, is not a good idea. Particularly when we read that, “God opposes the proud but gives grace to the humble” (1 Peter 5:5).

Remember, there is a world out there that is sitting quietly, watching your performance, waiting to break into applause. And when the applause comes, stand, take a bow, and then let people know where it all came from!

A visitor at a school for the deaf and dumb was writing questions on the blackboard for the children. By and by he wrote this sentence: “Why has God made me to hear and speak, and made you deaf and dumb?”

The awful sentence fell upon the little ones like a fierce blow in the face. They sat palsied before that dreadful “Why?” And then a little girl arose.

Her lip was trembling. Her eyes were swimming with tears. Straight to the board she walked, and, picking up the crayon, wrote with firm hand these precious words: “Even so, Father, for so it seemed good in thy sight!” What a reply! It reaches up and lays hold of an eternal truth upon which the maturest believer as well as the youngest child of God may alike securely rest — the truth that God is your Father.

Do you mean that? Do you really and fully believe that? When you do, then your dove of faith will no longer wander in weary unrest, but will settle down forever in its eternal resting place of peace. “Your Father!”

I can still believe that a day comes for all of us, however far off it may be, when we shall understand; when these tragedies, that now blacken and darken the very air of heaven for us, will sink into their places in a scheme so august, so magnificent, so joyful, that we shall laugh for wonder and delight.
–Arthur Christopher Bacon

No chance hath brought this ill to me;
‘Tis God’s own hand, so let it be,
He seeth what I cannot see.
There is a need-be for each pain,
And He one day will make it plain
That earthly loss is heavenly gain.
Like as a piece of tapestry
Viewed from the back appears to be
Naught but threads tangled hopelessly;
But in the front a picture fair
Rewards the worker for his care,
Proving his skill and patience rare.
Thou art the Workman, I the frame.
Lord, for the glory of Thy Name,
Perfect Thine image on the same.
–Selected

From: Through the Bible

Exodus 19:4-6 (NIV) 4‘You yourselves have seen what I did to Egypt, and how I carried you on eagles’ wings and brought you to myself. 5Now if you obey me fully and keep my covenant, then out of all nations you will be my treasured possession. Although the whole earth is mine, 6you will be for me a kingdom of priests and a holy nation.’

Redeemed from the oppression of slavery; now what? Now obey, and you wont go back into slavery. As a people free from the things that enslave the world, they can be priests to the world. That was God’s intention. He wasn’t just building a little social club. Instead of becoming inwardly focused on themselves, they were placed on the trade routes of the world to be an example of what a nation led by God looked like.

God was about to give them the Ten Commandments. First He asked if they wanted to accept the call. Then He instructed them, through the Law, how to be that example the world needed to see. If they could live that way, they would be priests to the world. In the days of Joshua and some of the reign of David, that was true of them. David’s conquest of Israel’s neighbors brought the influence of the Law to the surrounding nations.

You have been redeemed from slavery too. It is not just to hang out in your church social group. It is to affect the world around you. Though you are not under the Law as your guide, you have a more intimate Instructor, the Holy Spirit. If you have dedicated yourself to being the LORD’s vessel in every area of life, you will need His constant instruction to be the example the world needs. You become a priest to those your life comes in contact with, directing them to the Word of God and showing them an eternal perspective (1 Peter 2:5). You are an heir of this promise through the indwelling Holy Spirit.

Consider: Obey Him fully. The world around you needs the loving influence of the priests of God.

Matthew 7:15-16 (NIV) 15“Watch out for false prophets. They come to you in sheep’s clothing, but inwardly they are ferocious wolves. 16By their fruit you will recognize them. Do people pick grapes from thornbushes, or figs from thistles?

Jesus taught us to watch out for false prophets. Many people claim to have a message from God. Outwardly it is hard to spot them. The ‘sheep’s clothing’ often causes us to think they are one of God’s children. But the outside and the inside are totally different. For most people, the person who rants and raves and condemns everyone is easily spotted as being off track, but what about these that appear to be gentle and meek? How are we supposed to spot them?

One way to identify a plant is by the leaf, but even then it is easy to make a mistake. Many leaves are similar. The easiest way is to see the plant’s fruit. What does the plant produce? That tells you what kind of plant it is. What is the fruit of the life of the person you are wondering about? Is their home full of peace and love? Are their followers loving and kind? Does their teaching humble the listener or make them proud about having some secret wisdom? A false teacher can imitate the gifts of the Spirit, but they cannot for long imitate the fruit of the Spirit. Watch them when they are not in front of their audience. See them when they think no one else is watching, and you will soon know what kind of tree they are.

The same is true for us. Do you know what kind of tree you are? What would an unbiased observer of your life conclude? Would they say you are a grapevine or a thornbush, a fig tree or thistle? Sometimes we believe we are something we are not. Look at your fruit, and be honest with what your fruit really is. That is the first step toward the transformation that the life of Christ in you will produce.

Remember: Become His fruit and you will bear His fruit.