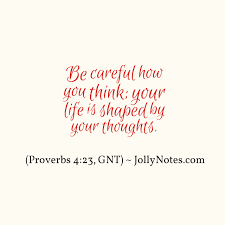 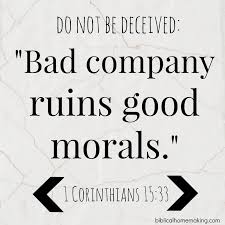 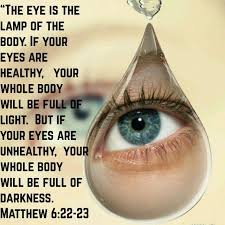 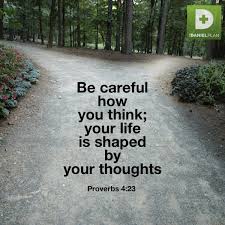 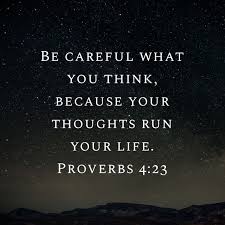 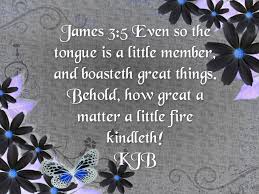 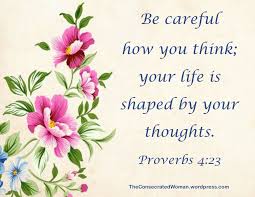 Watch Where You Are Going

Distractions abound in this modern futuristic world. People texting on their smartphones while driving…the only thing smart about that is the phone. People hurt and dying because someone is not watching where they’re going.

A man or a woman captured by the allure of a coworker, found in a situation which breaks trust with their spouse or loved one. All because they’re not watching where they’re going.

A business leader enticed by the easy riches of ill-gotten gain, now imprisoned after not watching where he was going.

Politicians, religious authorities, educational activists, and the list goes on and on. Not to belabor the point but did you ever just stop, look around and say to yourself, “ Everybody! Watch where you’re going!”

Hindsight is 20/20 but hindsight always comes when it’s too late. Just ask Adam. God’s created man who carried the future of humanity within him. God gave him a law, a warning to not eat the fruit of that one tree. Now Adam wasn’t stupid. In fact, he was very intelligent, yet what did he do?

“When the woman saw that the fruit of the tree was good for food and pleasing to the eye, and also desirable for gaining wisdom, she took some and ate it. She also gave some to her husband, who was with her, and he ate it.” (Genesis 3:6NIV)

Adam didn’t watch where he was going and so subsequently he led his family and all who would come after them to become a fallen race.

There was another man mentioned prominently in the Bible who did watch where he was going. The Lord Jesus, the Son of the living God. His life was devoted to one purpose, to fulfill the calling that Father God had placed before him. To fulfill the law and redeem this fallen race by his sacrifice on a cross. With all the many distractions, obstacles, and temptations, he watched where He was going, pushed towards the will of God, and succeeded. He won us back.

The Apostle Paul wrote, “I press toward the mark for the prize of the high calling of God in Christ Jesus.” (Philippians 3:14 KJV)

“Do you not know that in a race all the runners run, but only one gets the prize? Run in such a way as to get the prize.” (1 Corinthians 9:24 NIV)

In my Father’s house are many rooms; if it were not so, I would have told you. I am going there to prepare a place for you. – John 14:2

One of my favorite Bible stories is 2 Samuel 2:1. The story begins a few years after David has finally become King of Israel. Before this, his life had been an endless string of running, fighting, and hiding, as he was mercilessly pursed by Saul, who wanted nothing more than David’s head on a spike. Now Saul was dead, and David would have been perfectly justified in dishing up some well-deserved payback on the royal family. Instead, he does something completely different.

David reaches out to Saul’s last living grandson, a poor cripple named Mephibosheth. Despite being Saul’s grandson, Mephibosheth’s life hadn’t been that great. His legs had been broken as a baby, both his parents were dead, and he was living alone in exile. When he heard David was coming, Mephiboseth probably assumed that was it for him. Just imagine his surprise at what followed,

“Don’t be afraid,” David said to him, “for I will surely show you kindness for the sake of your father Jonathan. I will restore to you all the land that belonged to your grandfather Saul, and you will always eat at my table.” Mephibosheth bowed down and said, “What is your servant, that you should notice a dead dog like me?” Then the king summoned Ziba, Saul’s servant, and said to him, “I have given your master’s grandson everything that belonged to Saul and his family. You and your sons and your servants are to farm the land for him and bring in the crops, so that your master’s grandson may be provided for. And Mephibosheth, grandson of your master, will always eat at my table.” (Now Ziba had fifteen sons and twenty servants.) Then Ziba said to the king, “Your servant will do whatever my lord the king commands his servant to do.” So Mephibosheth ate at David’s table like one of the king’s sons. Mephibosheth had a young son named Mica, and all the members of Ziba’s household were servants of Mephibosheth. And Mephibosheth lived in Jerusalem, because he always ate at the king’s table, and he was crippled in both feet. – 2 Samuel 9:7-13

The Bible says that David was a man after God’s own heart, and I think here we can see why. The story of David’s compassion to Mephibosheth is in some ways a foreshadowing to God’s compassion for all of us. We are all the broken children of Adam and Eve, people who turned their backs on God. Yet instead of abandoning us, God has made a place for us at his table. He has brought us out of exile and taken us home.

Tough times have a way of revealing our true nature. If two people were to face the same dilemma, one may grow closer to God and bear fruit while the other becomes anxious and doubts God’s faithfulness. How we respond to trials makes all the difference.

Like it or not, hardship is part of life. Becoming a Christian doesn’t change that fact (John 16:33). What shifts is our understanding of God’s sovereignty—nothing touches our life unless He permits it. Consider David, for example: God allowed a murderous king to pursue him for years (1 Samuel 23:15; 1 Samuel 23:25), but David responded to adversity with faith and called God his stronghold and refuge (Psalm 59:16).

If we let them, challenges can grow our faith, change our perspective, or deepen our compassion. But no matter what, the Lord is available to help us in our affliction (Psalm 46:1). Either we can turn toward Him for comfort, guidance, and support, or we can get angry and resentful that we’re not being rescued from our valley.

When affliction strips away every crutch, one has only the Lord to depend upon. Though some people are destroyed by that kind of situation, others are built into undaunted believers.

Taken Aside by Jesus – Streams in the Desert – August 27

Paul not only stood the tests in Christian activity, but in the solitude of captivity. You may stand the strain of the most intense labor, coupled with severe suffering, and yet break down utterly when laid aside from all religious activities; when forced into close confinement in some prison house.

That noble bird, soaring the highest above the clouds and enduring the longest flights, sinks into despair when in a cage where it is forced to beat its helpless wings against its prison bars. You have seen the great eagle languish in its narrow cell with bowed head and drooping wings. What a picture of the sorrow of inactivity.

Paul in prison. That was another side of life. Do you want to see how he takes it? I see him looking out over the top of his prison wall and over the heads of his enemies. I see him write a document and sign his name–not the prisoner of Festus, nor of Caesar; not the victim of the Sanhedrin; but the–“prisoner of the Lord.” He saw only the hand of God in it all. To him the prison becomes a palace. Its corridors ring with shouts of triumphant praise and joy.

Restrained from the missionary work he loved so well, he now built a new pulpit–a new witness stand–and from that place of bondage come some of the sweetest and most helpful ministries of Christian liberty. What precious messages of light come from those dark shadows of captivity.

Think of the long train of imprisoned saints who have followed in Paul’s wake. For twelve long years Bunyan’s lips were silenced in Bedford jail. It was there that he did the greatest and best work of his life. There he wrote the book that has been read next to the Bible. He says, “I was at home in prison and I sat me down and wrote, and wrote, for joy did make me write.” The wonderful dream of that long night has lighted the pathway of millions of weary pilgrims.

That sweet-spirited French lady, Madam Guyon, lay long between prison walls. Like some caged birds that sing the sweeter for their confinement, the music of her soul has gone out far beyond the dungeon walls and scattered the desolation of many drooping hearts.

Oh, the heavenly consolation that has poured forth from places of solitude!
–S. G. Rees