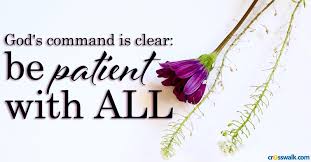 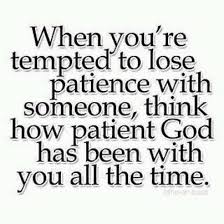 I have a confession to make; last Sunday I skipped church. I actually had a very good excuse: I wanted to spend more time with God. I know that sounds pretty strange, and I’m certainly not saying Christians should start ditching on Sundays, but that morning as I was getting ready to leave I couldn’t help feeling (much to my surprise) that the Holy Spirit didn’t want me to go to Church that day.

So instead, I stayed home and started reading the Bible. I’d only planned on reading two chapters that morning, but I ended up reading eight. Occasionally I’d re-read passages to let the words sink in or underline verses that stood out to me. After I’d finished, I went outside and started walking. There’s a floodwall near my apartment that acts as a kind of jogging trail, and as I made my way across it, I talked with God.

I just started praying, telling God about the things going on in my life. My worries, my hopes, what I was grateful for, I let it all pour out as I made my way to the end of the trail. To be honest, it was the closest I’d been to God in a long time. Looking back on it now, I can see God has a sense of humor. Not only did I spend three hours meditating with God, (an hour and a half longer than my usual Church service) but the first chapter I read that morning was Luke 2, which contains one of Jesus own experiences with our Heavenly Father.

“After the Feast was over, while his parents were returning home, the boy Jesus stayed behind in Jerusalem, but they were unaware of it. Thinking he was in their company, they traveled on for a day. Then they began looking for him among their relatives and friends. When they did not find him, they went back to Jerusalem to look for him. After three days they found him in the temple courts, sitting among the teachers, listening to them and asking them questions. Everyone who heard him was amazed at his understanding and his answers. When his parents saw him, they were astonished. His mother said to him, “Son, why have you treated us like this? Your father and I have been anxiously searching for you.” “Why were you searching for me?” he asked. “Didn’t you know I had to be in my Father’s house?” But they did not understand what he was saying to them.” – Luke 2: 43-50

Sometimes, Church can become a ritual. We go, we sing the songs, we sit through the sermon, and then forget everything once we’ve left. We allow our Sunday services to become our faith, and our time with God starts looking more like something out of a self-help seminar. But God doesn’t just want our attendance on Sundays, he wants us. I think this story in Luke to shows us what our time with God should really be like.

For Jesus, his Father’s house was a place of safety, a place where he could grow and mature, a place to listen and at the same time be heard. So the next time you go to Church, don’t go out of habit, but apply the lessons to your life, and when you sing, sing for Christ.

Esther 6:1-3 1That night the king could not sleep; so he ordered the book of the chronicles, the record of his reign, to be brought in and read to him. 2It was found recorded there that Mordecai had exposed Bigthana and Teresh, two of the king’s officers who guarded the doorway, who had conspired to assassinate King Xerxes. 3“What honor and recognition has Mordecai received for this?” the king asked. “Nothing has been done for him,” his attendants answered.

The queen took the chance and entered to speak to the king. He extended his scepter, which meant she could have an audience and not die. Instead of telling all, she asked the king and Haman (see September 12) to a banquet. As Haman left he saw Mordecai in sackcloth, still refusing to bow to him. Haman asked his relatives what to do, and they suggested a building a gallow and asking for the king’s permission to hang Mordecai on it.

The hand of providence intervened that night in the form of insomnia. Nothing is so boring as the official records, so the king decided to read those. He came across the record of Mordecai uncovering a plot on the king’s life. What a coincidence! Haman was in the courtyard waiting for the king to get up. The king called him in and asked for suggestions as to what to do for the man the king honors. Haman thought he was the one about whom the king was speaking, so he suggested an elaborate procession with the highest official leading it. Haman ended up leading Mordecai through the streets. The Jews knew now that the God of Israel was helping Mordecai and that Haman was ruined.

The next day Haman was brought to the banquet and his plans were exposed. The king was very upset, but when the king returned and saw him on the queen’s couch pleading for his life, he was furious and had Haman hung on the gallows Haman intended for Mordecai. Since the former edict to attack the Jews couldn’t be rescinded, the king issued a new edict saying the Jews could defend themselves. The day they were to be attacked, they attacked their enemies. Because Mordacai was now the highest official, many of the leaders sided with the Jews. In this way the holiday of Purim was established.

Did Mordacai then have anyone criticize his decision to have Esther become queen? Can anyone doubt the hand of God through it all, preserving His people and bringing His will to pass?

Consider: The same amazing hand of God is at work in your life to bring about His purposes for your good!

[Jesus] offered up prayers and petitions with fervent cries and tears to the one who could save him from death, and he was heard because of his reverent submission. — Hebrews 5:7

When I read this psalm, I imagine Jesus on the most difficult night of his life. He knows that a cross awaits him, so he prays. He pleads with God: “My Father, if it is possible, may this cup be taken from me. Yet not as I will, but as you will” (Matthew 26:39). Three times he says that prayer. Minutes later he is arrested. The next morning he is nailed to a cross to die.

Did God hear Jesus’ prayer? Did God answer his prayer? Hebrews 5 says Jesus was heard because he submitted himself to the will of God. And God’s will was that Jesus would die. In the death of Jesus, God was working “for the good of those who love him.” How can we not love him?

“He waited for seven days … but Samuel did not come … the people were scattering from him. So Saul said, ‘Bring to me the burnt offering and the peace offerings.’” – 1 Samuel 13:8-9 NASB

Soon after becoming king, Saul led Israel’s army to victory in a battle with the Philistines. Eager to retaliate, the Philistines returned with a large army that included dozens of chariots. The sight of this massive force caused great fear among the Israelites. Many hid. Others fled. Those who remained trembled. What was Saul to do?

Through the prophet Samuel, God promised to provide what they needed. Saul was to go Gilgal and wait for seven days. Then Samuel would come and make a sacrifice. Saul waited, but nothing happened. On the seventh day, Saul decided he had waited long enough, so he went ahead and made the offering himself.

Just as Saul finished the sacrifice, Samuel arrived. Explaining his actions, Saul described how the Israelites were scattering. He felt that, as king, he needed to do something. Rather than continue waiting, Saul had moved forward.

Saul felt justified, but to God, he had failed a test. Having “acted foolishly” he proved he was not a man after God’s heart (v. 13). The kingdom would be taken from him. This is a picture of how God works in our lives. He has given us His Word and His Spirit to teach us (John 14:26). He also has given us the choice of when to respond. Will we obey? Wait for His time?

As you face these choices, commit to obeying God. Trust Him completely, always waiting for His perfect timing.

But I tell you, love your enemies and pray for those who persecute you.
Matthew 5:44
DailyVerses.net