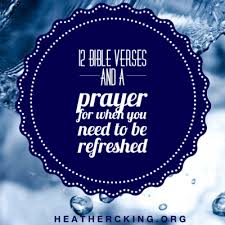 It’s All in the Preparation 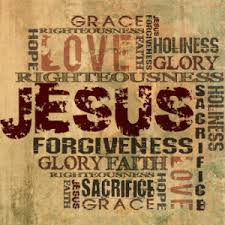 “There are many rooms in my Father’s house. If this were not true, I would have told you. I am going there to prepare a place for you.” John 14:2 (NIrV)

Recently, our son married the girl of his dreams. As I watched him exchange vows with this lovely young woman, I thought of all the preparation that occurred to get them to this day. Not just preparation for the wedding, but all that had been poured into their lives prior to this moment — training, teaching, encouraging, correcting, consoling, and mentoring — all to get them to this point of becoming a new family.

The Bible is filled with references to preparation. For the Jews, the sixth day of the week was called preparation day. King David made extensive preparations for the construction of the temple, even though he knew it wouldn’t be built in his lifetime. (1 Chronicles 22:5) Esther, raised by her uncle, Mordecai, prepared for a year to be presented to the king. When the time came for her to risk her life to save her people, her uncle reminded her that her position and purpose were all part of God’s plan. (Esther 4:14) Paul likened spiritual growth to the preparation and perseverance involved in training for athletic competitions. And John the Baptist prepared the way for Jesus. (Luke 1:76)

Days before Jesus was crucified, a woman anointed his head with perfume, an act which he referred to as preparation for his burial. Jesus sent his disciples to make preparations for the Passover meal, The Last Supper.

When Jesus began his ministry, he came to that point after years of preparation. Even though he knew his purpose on earth long before his ministry began, he still went through periods of growth, development, and learning, patiently awaiting the fulfillment of his mission.

Jesus’ whole life was preparation for the cross. Learning the Law as a young boy, the training and physical skill in his father’s carpenter shop, and those times of quiet communion, apart from others, in the early morning hours with his father, all were preparation for the fulfillment of God’s plan for the redemption of mankind. If Jesus hadn’t had this preparation, would he have walked out of the Garden of Gethsemane and away from the cross instead of submitting to the Father’s will? Although he knew what was ahead, Jesus was obedient, sealing our pardon and our eternity.

Often, we’re in a hurry to implement our plans and reach our goals. But if we’re not careful, we’ll miss the joys and lessons that result from what is happening in our lives right now, or miss assignments God has for us. Conversely, we sometimes dread the next season of our lives because we allow anxiety and fear to rule rather than resting with patient trust and confidence in God’s provision and care.

“Those who make themselves clean from all those evil things, will be used for special purposes, because they are dedicated and useful to their Master, ready to be used for every good deed.” 2 Timothy 2:21 (GNT)

Not much in our lives happens successfully without some form of preparation. Sometimes, like King David, we’re involved in preparation for which we never see the end result. But the best, and most beneficial preparation, is the time we spend alone with our Father, listening, learning, growing, and preparing for the next step and our usefulness in God’s plan.

Strangers in a Strange Land 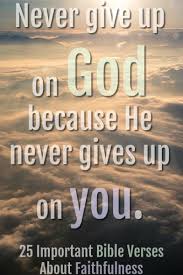 Last fall, I took a road trip with some friends to watch our college football team, the Richmond Spiders, take on in-state rival James Madison University. Our team was 3 and 1 at that point in the season, and our only loss had come from a nailbiter the week before, so we were pretty confident as we set out that morning. It was a gorgeous day for football and we’d managed to get some of the very last tickets before the game sold out, so we were quite proud of ourselves and excited for what seemed like it would be an extremely successful trip.

However, it wasn’t long before things started going downhill. We took a wrong turn and ended up circling the entire town of Harrisonburg twice. An hour and a half later, we finally got to the stadium gates just as the game started, but as we started climbing the bleachers to our seats, we began to realize we were the only ones in sight wearing Richmond red and blue. Turns out our tickets we were so proud of were not in the Richmond fan section, as we thought, but the reject seats on the complete opposite corner of the field. We felt like the enemy as we took our seats smack in the middle of a sea of yellow and purple, but that wasn’t going to deter us from still cheering on a victory.

When Richmond made a touchdown right away for the game’s first points, things seemed to be looking great (besides the dirty looks we got). Unfortunately, that was as good as it got. We didn’t score again for the rest of the game. JMU piled on touchdown, touchdown, field goal, touchdown … and with each point my friends and I sat a little more dejectedly in our seats. Someone threw yellow streamers and paper airplanes at us, and then it started pouring rain. It finally ended and we left the stadium soaking wet and miserable. But the ordeal wasn’t quite over yet. We started walking back to our car, got heckled, decided against walking in the rain among hecklers, got on a shuttle, and proceeded to get heckled for the next half hour we were stuck in traffic. When we finally got back to the car, all we could do was grumble a little bit and shake our heads.

We can laugh about that disaster of a day now, but it certainly wasn’t very funny at the time. Maybe you’ve had a similar experience at a sporting event, or you can identify with the same feeling of being unwelcome in a different situation. Have you ever faced similar hostility for your faith? Even though you and I might never experience anything close to the extreme suffering that many believers around the world face, we all have times when we feel out of place or downright vilified because of our faith.

As Christians, we are “strangers and aliens” in a world of unbelievers, as Peter says in 1 Peter 2:11. The older I get, the more keenly aware I am that I don’t think like them, that I don’t have the same desires, motivations and passions. The more I grow in my faith, the more different I feel from many people I come in contact with, and the more open I am about my faith, the more that difference becomes tangible. We are called to be set apart, yet we are in the world for a reason: to share Jesus. It’s often not received with open arms, but it’s what we are commanded to do as followers of Christ.

Like Jesus says in John 15:18, it’s not always going to be easy. If you belonged to the world, it would love you as its own, He says. But when we accept Christ and enter into a relationship with Him, He chooses us out of the world. Like my friends and I felt when we were surrounded by fans of an opposing team, so we as Christians will never feel “at home” in this world. Yes, we’ll face opposition, but Jesus Himself said it’s a badge of the Christian faith and a sign that we belong to Him. In answering His call to reject worldly conformity, we can truly make an impact by being an example for Jesus.

God Cannot Lie – Streams in the Desert – May 1

Faith turns the promise into a prophecy. While it is merely a promise it is contingent upon our cooperation. But when faith claims it, it becomes a prophecy, and we go forth feeling that it is something that must be done because God cannot lie.
–Days of Heaven upon Earth

I hear men praying everywhere for more faith, but when I listen to them carefully, and get at the real heart of their prayer, very often it is not more faith at all that they are wanting, but a change from faith to sight.

Faith, walking in the dark with God, only prays Him to clasp its hand more closely.
–Phillips Brooks

The Shepherd does not ask of thee
Faith in thy faith, but only faith in Him;
And this He meant in saying, ‘Come to me.’
In light or darkness seek to do His will,
And leave the. work of faith to Jesus still.