The parable of a rich fool

16 Then He spoke a parable to them, saying: “The ground of a certain rich man yielded plentifully. 17 And he thought within himself, saying, ‘What shall I do, since I have no room to store my crops?’ 18 So he said, ‘I will do this: I will pull down my barns and build greater, and there I will store all my crops and my goods. 19 And I will say to my soul, “Soul, you have many goods laid up for many years; take your ease; eat, drink, and be merry.” ’ 20 But God said to him, ‘Fool! This night your soul will be required of you; then whose will those things be which you have provided?’

21 “So is he who lays up treasure for himself, and is not rich toward God.” 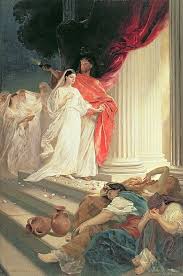 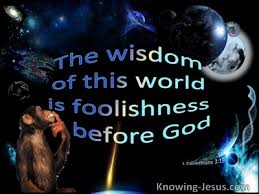 The point is, ladies and gentleman, that greed, for lack of a better word, is good. Greed is right, greed works. Greed clarifies, cuts through, and captures the essence of the evolutionary spirit. Greed, in all of its forms; greed for life, for money, for love, knowledge has marked the upward surge of mankind. – Gordon Gekko, Wall Street

Michael Douglas personified greed as Gordon Gekko, the money-hungry antagonist in the 1987 movie, Wall Street. His famous “Greed is Good” speech perfectly encapsulates the danger in American Dream thinking. The lifestyle of this beloved/hated character illustrates utter selfishness, yet it intrigues us as we seek our own fortunes.

Recalling this movie scene, I battled my own bit of greed while driving home yesterday. A lottery billboard on the side of the interstate unearthed buried thoughts of greed I didn’t know existed.

290 million dollars. That’s the state’s lotto jackpot, at the moment. It has steadily increased during the past few weeks, and each time I’ve driven past it, thoughts of what I could do with that kind of money flood my mind. At almost 300 million, my wish list could be extensive and not even make a dent in my over-stuffed bank account. I could get:

In the midst of my vetted list of wants, ideas of how I could give some of the money away comes up when I’ve driven by that billboard. I would:

As I contemplated what to buy and how much to give away, I quickly realized I was planning my life with money I did not have. Seeing that prize money billboard got me to thinking about actually buying a lottery ticket. That greed seed grew as I considered gambling away my money with the long-shot chance of winning. I’ve never gambled to get a quick buck, but the dream of having a large bank account is a nice thought. And I’m willing to bet that some of you have as well.

In my humanness, I mentally justified my need for an abundance of cash. Sure, I would get a few toys, but “God, I would totally donate money to people in need”. Problem is, am I doing that now, with what He’s already given me?

What the Bible Says about Greed

The Bible instructs us to be good stewards of God’s provision (no matter what tax bracket we are in), instead of wishing for more. It’s one thing to trust the Lord to provide all of our needs in unique ways; it’s another when we’re coveting riches.

Greedy people try to get rich quick, but don’t realize they’re headed for poverty. Proverbs 28:22 (This makes sense considering the bankruptcies lotto winners experience after winning more money then they can handle).

And what do you benefit if you gain the whole world but lose your soul? Mark 8:36

Then he said, “Beware! Guard against every kind of greed. Life is not measured by how much you own.” Luke 12:15

Our God, “who owns the cattle on a thousand hills” (Ps. 50:10), has rightly blessed many with wealth. So having money isn’t the problem. It is the love of money that corrupts, as explained in I Timothy.

But people who long to be rich fall into temptation and are trapped by many foolish and harmful desires that plunge them into ruin and destruction.  For the love of money is the root of all kinds of evil. And some people, craving money, have wandered from the true faith and pierced themselves with many sorrows. ITimothy 6:9-10

Be a Giver, Not a Hoarder

My parents didn’t raise me to be a greedy person. But I must confess, I tend to lean toward holding money instead of giving it freely. Realizing my disobedience (according these scriptures), my prayer this year is “God, give me clear opportunities to be a giver, instead of a hoarder.”

Give generously to the poor, not grudgingly, for the LORD your God will bless you in everything you do. Deuteronomy 15:10

Do not withhold good from those who deserve it when it’s in your power to help them. Proverbs 3:27

Some people are always greedy for more, but the godly love to give! Proverbs 21:26

Whoever gives to the poor will lack nothing, but those who close their eyes to poverty will be cursed. Proverbs 28:27

A fool! That’s what God calls the person in today’s parable.

That may seem a strange way to describe someone who would have been the envy of many people in the community. The man had worked hard, putting in long hours, and it had paid off. He was set to enjoy the fruit of his labors. He was going to “take life easy” and “eat, drink and be merry.”

When you work hard all your life and you have built a suc-cessful business or career, along with some good investments, haven’t you earned the right to take life easy and enjoy your retirement? That’s how the rich man reasoned with himself.

The Bible makes clear that God does not begrudge his people the rewards of a life well lived. He does not call the man a fool because he was rich. God was the one who allowed him to be successful. God called the man a fool because he had stored up things only for himself. Instead of recognizing God’s blessing and working to build God’s kingdom, he had been building his own.

Many people are like the rich fool, willing to sacrifice almost anything to get ahead, trusting in money and status for their security and leaving God out of the picture. Take a few mo-ments today and ask yourself, “Would God call me a fool?”

“Where are your wise counselors, Pharaoh? Let them tell you what God plans, what the Lord of Heaven’s Armies is going to do to Egypt. The officials of Zoan are fools, and the officials of Memphis are deluded… The Lord has sent a spirit of foolishness on them, so all their suggestions are wrong. They cause Egypt to stagger like a drunk in his vomit.” Isaiah 19:12-14 NLT

These political and military leaders were so confident! They felt sure that they were “so wise.” That they knew exactly what to do. That they had the right understanding and necessary experience.

But God wanted to demonstrate that, before Him, their wisdom, knowledge, and intelligence meant nothing. Before Him, these “wise” men were deluded. In fact, they were fools.

God’s people might have been intimidated. But He wanted them realize that He could transform circumstances and make even the wisest appear foolish, and the best-laid plans look like utter confusion.

God said He would pour “a spirit of foolishness” into these leaders and wise men. That He had “mingled a spirit of perverseness, error, and confusion” within them (Amplified). We can picture leaders perpetually dizzy, their minds spinning around, with all their plans and analyses in utter disarray, looking foolish.

How easily we can place our faith and trust in “experts.” To focus on the opinions of people who get attention through the media. But the Bible reminds us that the world’s wisdom quickly can become foolishness and it tells us to remember that the “wisdom” of men and nations quickly fades, and is so temporary.

Instead, we need to trust in God. To remember that His wisdom lasts forever, and is true in all generations, and situations. It is true regardless of the opinions of other people.

Don’t be deceived by worldly wisdom. Trust in God, and seek His wisdom, for every situation you face.

If you declare with your mouth, “Jesus is Lord,” and believe in your heart that God raised him from the dead, you will be saved.
Romans 10:9
DailyVerses.net