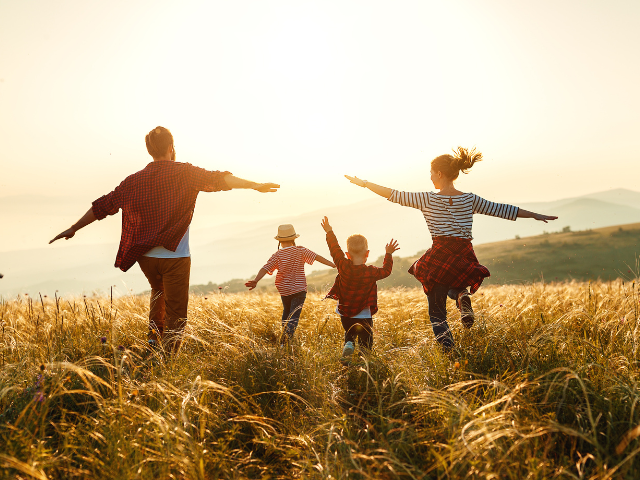 A few days ago, I had the chance to get into the mountains around Cape Town, eager to be alone for a few hours with just my small backpack and the Lord. As I drank in the crisp winter air and clambered over the wind-worn rocks, I was reminded of Paul’s stirring words about nature and how it constantly proclaims His presence and goodness to those who are listening:

For ever since the world was created, people have seen the earth and sky. Through everything God made, they can clearly see his invisible qualities—his eternal power and divine nature. So they have no excuse for not knowing God. Romans 1:20 (NLT)

I scrambled up a huge cluster of granite boulders and they whispered to me about His faithfulness, His immovability, and His trustworthiness. My Father was reassuring me, and I felt strength entering me again with each panting step I took. And as I mounted the top and caught my first glimpse of the vast Atlantic Ocean stretching out beyond the horizon, it shouted to me about His majesty, artistry and goodness. My God was reminding me just how great and holy and beautiful He is. I felt exhilarated as I took in the view above and below me—and worshipped Him.

All around us, God is speaking about His glory, character and love. His Word, the Bible, is speaking through every chapter. The Word (Jesus), is speaking through His life on earth and directly into our hearts by His Spirit. And creation is singing His praises and declaring His majesty with each sunrise, wave, growl, chirp, and baby’s cry!

God is speaking so powerfully—through the Bible, through the life of Jesus, and through creation—and we need ears to hear. You see, what sets us apart from the rest of creation is our free will. This is perhaps the most affirming gift that God gave us, yet also the one that can keep us humans, the crown of His creation, apart from Him. His desire is that we listen to Him in all the ways He is speaking to us. He invites us to believe Him, to love Him and to follow Him. But we have to choose to do so. Each day, each step, each moment.

Are you choosing to listen to His voice during the noise of this busy year? Are you still celebrating creation, despite everything going on around us? Are you living with fear, or living by faith in His strength and hope? These are questions I am asking myself right now, even as I write this.

A prayer for myself, for my family—and for you—is that we fight to keep listening for the voice of the Lord. And when there seems to be only silence, that we lean in and seek it out in His Word, as we worship His Son and as we continue to celebrate His amazing creation.<<

“The Lord is close to the brokenhearted and saves those who are crushed in spirit” (Psalm 34:18 NIV).

Broken hearts are one of the heavier burdens we carry. Unanswered prayers, unfulfilled longings, and unmet expectations can lead our hearts to brokenness. Elijah, an Old Testament prophet, knew brokenheartedness too. His people, the Israelites, continually turned away from God and they rejected his message to return. How his heart must of broke for them.

God revealed himself to his people over and over again and for a time, they served him, but then fell back into idol worship. This led to the famous encounter on Mount Carmel between the prophets of Baal and the lone prophet of God. Fire fell from heaven and consumed the drenched altar, the wood, the stones, and licked up the water that remained in the trench. The people rose up and proclaimed, “The Lord is God,” and killed the prophets of Baal. Once Jezebel heard this news, she vowed to kill Elijah. And Elijah ran away. He came to a broom tree, sat down under it, and prayed that he might die. He had had enough.

Elijah struggled with broken heartedness. And if he can struggle with it, then it shouldn’t surprise us when we struggle with it too. Living for the Lord and seeking to be obedient to him carries with it its own set of difficulties. We wrestle against our old nature that rises to demand its own way, whether it’s through wanting recognition for a job well done or revenge against those who stand against us. We grow weary and declare that we’re done. We have had enough.

There are times when God doesn’t feel near. He feels far off and we wonder where he went. This happened to Elijah too. Imagine standing alone against an entire group of Baal prophets and a people who toggled between serving the Lord and serving idols. Visibly you are outnumbered except you have God—the Everlasting God who has no beginning and no end—on your side. To the human eye, victory looks impossible, but God fights for you and makes victory possible. Elijah didn’t do anything except obey the Lord. And God won the victory. But then Elijah got scared and ran away.

But in the wilderness, God came near. Under that broom tree, God provided sustenance and rest for Elijah’s refreshment. When we’re under duress of heart, we need to take time to satisfy our needs for refreshment too. Our broken hearts can cause us to throw up our hands in defeat and run away, and when we do, Jesus meets us in that moment, ready to remind us that victory is found in him and that he gives us the courage to stand and face the giants once again. Jesus is our bread and living water and his yoke is easy. When we turn toward him instead of away, we find that he satisfies the weariness in our heart. When we state that we have had enough, Jesus becomes enough for us. We can taste and see that the Lord is good, and he is everything we need.

Elijah left his broom tree of despair and traveled deeper into the wilderness to Mount Horeb, the mountain of God. Again, God met him there and asked him, “What are you doing here?” It is here that Elijah finally gives words to his broken heart. He says, “I have been very zealous for the Lord God Almighty. The Israelites have rejected your covenant, broken down your altars, and put your prophets to death with the sword. I am the only one left, and now they are trying to kill me” (1 Kings 18:10 NIV). And the Lord drew near. The wind came and shattered rocks, but the Lord was not in the wind. Then the earth shook and fire fell, but the Lord was not in either. Instead, the Lord arrived in a gentle whisper.

Everywhere and yet forgotten

“Who knoweth not in all these that the hand of the Lord hath wrought this? In whose hand is the soul of every living thing, and the breath of all mankind.” Job 12:9,10

This forgetfulness of God is growing upon this perverse generation. Time was, in the old puritanic days, when every shower of rain was seen to come from heaven, when every ray of sunshine was blessed, and God was thanked for having given fair weather to ingather the fruits of the harvest. Then, men talked of God as doing everything. But in our days where is our God? We have the laws of matter. Alas! Alas! That names with little meaning should have destroyed our memory of the Eternal One. We talk now of phenomena, and of the chain of events, as if all things happened by machinery; as if the world were a huge clock which had been wound up in eternity, and continued to work without a present God. Nay, not only our philosophers, but even our poets rant in the same way. They sing of the works of nature. But who is that fair goddess, Nature? Is she a heathen deity, or what? Do we not act as if we were ashamed of our God, or as if his name had become obsolete? Go abroad wherever you may, you hear little said concerning him who made the heavens, and who formed the earth and the sea; but everything is nature, and the laws of motion and of matter. And do not Christians often use words which would lead you to suppose that they believed in the old goddess, Luck, or rested in that equally false deity, Fortune, or trembled before the demon of Misfortune? Oh for the day when God shall be seen, and little else beside! Better, my brethren, that philosophical discoveries were lost, than that God should be concealed behind them. Better that our poets had ceased to write, and that all their flaming words were buried with their ashes, than that they should serve as a cloud before the face of the eternal Creator.

For meditation: When men replace Father God by mother nature, God leaves them to behave in ways which are unnatural and opposed to their false new deity (Romans 1:21-27).

The one whose walk is blameless, who does what is righteous, who speaks the truth from their heart; whose tongue utters no slander, who does no wrong to a neighbor, and casts no slur on others.
Psalm 15:2-3
DailyVerses.net

Whenever you are arrested and brought to trial, do not worry beforehand about what to say. Just say whatever is given you at the time, for it is not you speaking, but the Holy Spirit.
Mark 13:11
DailyVerses.net