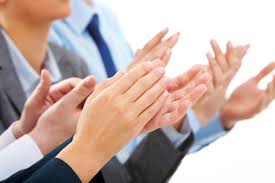 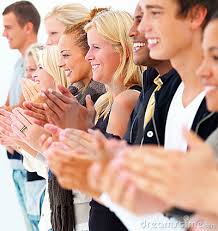 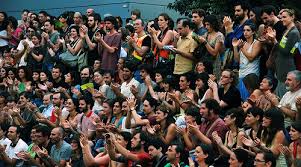 47 O clap your hands, all ye people; shout unto God with the voice of triumph.

These words are not an exaggeration. The only reason they may not be true of us who call ourselves ministers of the gospel is not that Paul forgot or misunderstood the exact truth of them, but that we are too cautious and concerned about our own desires to allow ourselves to become the refuse or “filth of the world.” “Fill up in my flesh what is lacking in the afflictions of Christ…” (Colossians 1:24) is not the result of the holiness of sanctification, but the evidence of consecration— being “separated to the gospel of God…” (Romans 1:1).

“Beloved, do not think it strange concerning the fiery trial which is to try you…” (1 Peter 4:12). If we do think the things we encounter are strange, it is because we are fearful and cowardly. We pay such close attention to our own interests and desires that we stay out of the mire and say, “I won’t submit; I won’t bow or bend.” And you don’t have to— you can be saved by the “skin of your teeth” if you like. You can refuse to let God count you as one who is “separated to the gospel….” Or you can say, “I don’t care if I am treated like ‘the filth of the world’ as long as the gospel is proclaimed.” A true servant of Jesus Christ is one who is willing to experience martyrdom for the reality of the gospel of God. When a moral person is confronted with contempt, immorality, disloyalty, or dishonesty, he is so repulsed by the offense that he turns away and in despair closes his heart to the offender. But the miracle of the redemptive reality of God is that the worst and the vilest offender can never exhaust the depths of His love. Paul did not say that God separated him to show what a wonderful man He could make of him, but “to reveal His Son in me…” (Galatians 1:16).

Every once in a while when I travel to speak at a conference, the organization puts me up in a five-star hotel. You know the type—lobbies with lavish flower arrangements, a staff that is sensitive to your every need, robes in the bathroom that are so big and fluffy you could safely fall into them from a five-story building, and exotic soaps ready to fill your shower with fragrant aromas.

I’ll admit I’m carnal enough to love staying in those kinds of places. Do I have a witness?

But here’s the flip side. Most of the time when I travel, I feel like I’m on a points program with every budget motel across the States. You walk in carrying your own luggage, wait in vain for someone to greet you as you bang the little bell on the desk next to the vase with the wimpy plastic flower in it. When you finally get to your room (on your own, thank you), you can’t help but notice that the towels look like somebody cut up some used sheets. On the sink there’s a tiny little bar of soap all wrapped up like they don’t want you to use it, and if you take it into the shower it goes down the drain.

So now, let me ask you, where would you rather stay—really?

Just as there’s no comparison between a five-star hotel and the local economy motel, we can’t compare our experience on earth with the wonders that await us in heaven. That’s not to say that there are no wonderful aspects about earth. Without question, God created a beautiful world for us to live in. But let’s face it: we’re a fallen race living in a fallen place, which means that, inevitably, living in this place is going to be a disappointing experience.

Which is exactly how the disciples must have felt when they met with Jesus in the Upper Room. They had been following Him for 3 years and thought He was the one who would make Israel a wonderful place to live. In their mind, they had won the lotto! They expected that He would restore Israel to its former glory and that they would be the big shots in the government. Until, that is, Jesus unraveled their dreams. In John 13:1-38, He told them that one of them would betray Him and that He was leaving them and they couldn’t go with Him. In the other gospels, we read that He also told them of His suffering and warned them of the fact that they would suffer for Him as well. But, knowing that no matter how bad it gets in this place, Jesus knew that He had a better place for them just down the road. So He turned their eyes to the future and said, “Do not let your hearts be troubled. . . . In my Father’s house are many rooms. . . I am going there to prepare a place for you” (John 14:1-2). And, as Paul reminds us, it is a place that is “far better” (Phil. 1:23). What an amazing promise!

Of course, those of us who grew up in King James world might be wondering what happened to the “mansions.” If we’re totally honest, that probably has a lot more appeal than “rooms”! And in case you’re thinking about carrying a KJV with you into heaven and asking for an upgrade, don’t worry about it. When you are shown to your room, you can bet it will be like no other place you’ve ever stayed.

So, next time you feel that you’re stuck in a really bad place, don’t forget what’s ahead. As a friend of mine recently said, “If Jesus is your Savior, the future is your friend!” 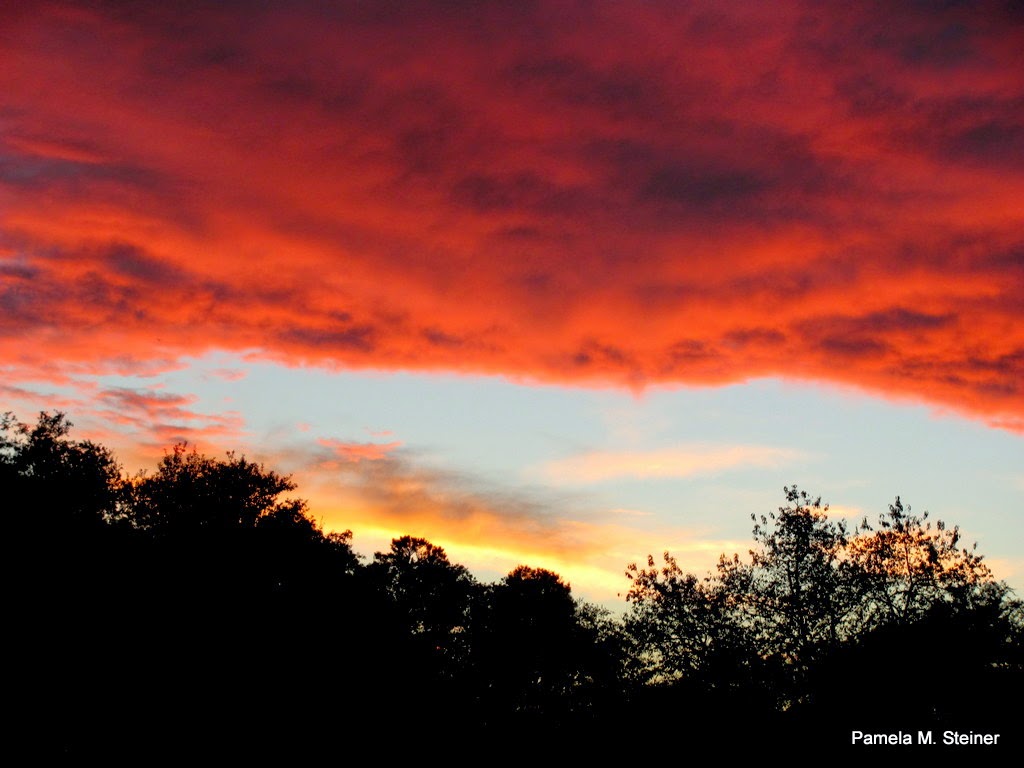 in every single galaxy…also knows my name.  He knows me inside and out…Heknew me before I ever took my first breath…

“For You formed my inward parts;
You covered me in my mother’s womb….
My frame was not hidden from You,
when I was made in secret,
and skillfully wrought in the lowest parts of the earth.
Your eyes saw my substance,
being yet unformed.
And in Your book they all were written,
The days fashioned for me,
When as yet there were none of them!”
Psalm 139: 13, 15-16
“Oh, that  men would give thanks to the Lord for His goodness,
and for His wonderful works
to the children of men!
Let them exalt Him also in the assembly of the people,
and praise Him in the company of elders.”
Psalm 107:31-32
Wow!  All I can say is, “Glory!”  Sing along with me this Doxology of Praise:
“Praise God from Whom all blessings flow;
Praise Him, all creatures here below;
Praise Him above, ye heavenly host;
Praise Father, Son, and Holy Ghost.
Amen.”

Exodus 12:13 (NIV) 13The blood will be a sign for you on the houses where you are; and when I see the blood, I will pass over you. No destructive plague will touch you when I strike Egypt.

The Exodus is a story of deliverance. After God showed the Egyptians that He was greater than all things they worshipped as gods, they still refused to let the Israelites go to worship Him. The last plague was the death of the firstborn. Pharaoh was worshipped as god by the Egyptians, and his son would take his place. This was the last god of the Egyptians to be plagued, because God is merciful.

God gave His people a way to escape the angel of death. They were to take an unblemished lamb and kill and eat it. The blood was to go upon the doorposts. If the blood marked their dwelling, God would pass over (pacach) them. The word in Hebrew is that of a mother bird hovering over her chicks. God is not going to just skip over their home, but stand as their protector, their shield (Isaiah 31:5). If the blood was applied, no destructive plague would touch them.

The Lamb has been slain. The lamb God had promised to Abraham that He would provide died on Calvary. His blood was spilled that you and I could mark the doorposts of our home. When we do, we can be assured that He will hover over us to shield us from the plagues that come upon the world (Psalm 91). It is not that we will not face difficulty and tests, but that they will not be destructive to us. Instead they will mature us. The trials will be productive instead of destructive, and so we can count it all joy when we face them. If the blood is on your heart, the Lord will pacach you. The Destroyer will not be allowed to enter your dwelling.

Prayer: Keep me safely under the shadow of Your wings, Lord Jesus.

Matthew 5:27-29 (NIV) 27“You have heard that it was said, ‘Do not commit adultery.’ 28But I tell you that anyone who looks at a woman lustfully has already committed adultery with her in his heart. 29If your right eye causes you to sin, gouge it out and throw it away. It is better for you to lose one part of your body than for your whole body to be thrown into hell.

In Matthew 5:21, Jesus begins a string of 5 contradictions to commonly accepted sayings of the day. Each begins with “You have heard that it was said…” Then Jesus gives His correction with “But I say unto you…” The culture in which we live has commonly accepted ideas that we absorb without much thought as to their validity. Jesus was correcting the perception of those ideas in the culture of the people of God. He was getting down to the spirit behind the letter. They had focused on the technical meaning of the letter.

The people of Jesus’ day knew that they were not to commit adultery. Jesus redefined what adultery is. His corrected interpretation included the action of the heart. The people of that day were adept at skirting around the edge of the Law. Jesus said that was a vain effort. Sin is too destructive to interpret in such a confined sense. Sin begins in the heart and mind of the individual before it becomes manifested outwardly. Sin is so destructive, so detrimental to our lives, so anti-God and all His goodness, that every form of it must be avoided. To play on the edge of a 100-meter cliff is to invite death.

It is so dangerous that Jesus recommends the amputation of any body part you can’t bring under control. That is much better than the just judgment that would be yours. From the context of Scripture as a whole, we see that Jesus is talking about anything in life that would keep you from yielding your heart to Jesus as Lord. His presence in you can bring victory over your carnal desires. We crucify them with Him on the cross and live in resurrected life, a brand new life. Has something kept you from inviting Jesus to reign in your heart? Whatever it is, it is not worth it.

Consider: Take Jesus’ serious advice to see the source of sin, your heart. Then surrender your heart to His control so that you don’t find it necessary to become a blind, deaf and voiceless quadruple amputee.