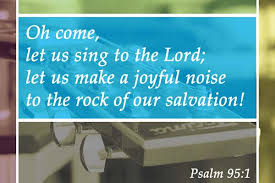 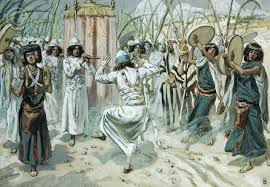 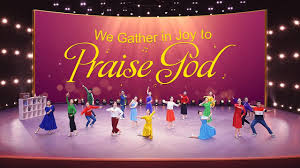 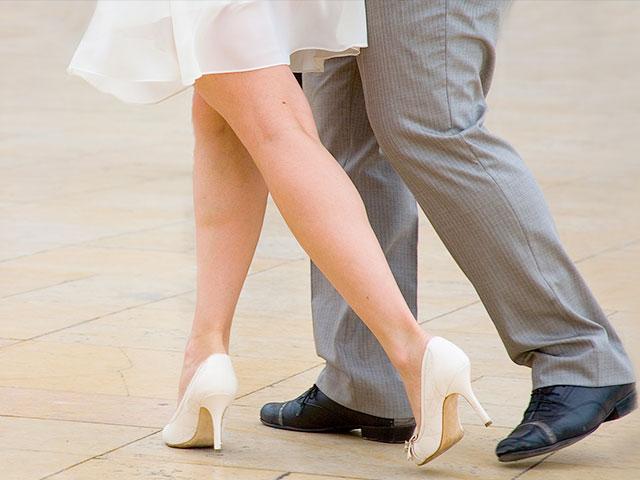 When my husband and I were first married, we took up country dancing. Well, we tried, anyway. A local club offered free lessons one afternoon a week, so each week we’d go and do our best to scurry across the dance floor, preferably in time to the music. We weren’t very good. Actually, we stunk, so I decided to practice at home. I went to our local library and checked out dance instruction videos; and while my husband was at work, I practiced. Then I met him at the door with arms positioned, ready to dance.

The more I “learned” the worse I got. I stepped on his feet, jerked left when he wanted to go right; and combined, we created a robotic display that was anything but romantic. You see, the problem was I was so convinced I knew how to dance, I lost sight of my dance partner.

Often, I’m like that with God. I’m so focused on what I know to do, whether that be reading my Bible, teaching a Sunday school class, or fulfilling various responsibilities, it’s easy to take my eyes off the dancer. It’s easy to turn what should be an act of intimate surrender into rote behavior which ultimately leads to burn-out and ineffectiveness. But when I surrender to the dancer, forsaking my ideas and agendas, clearing my vision of everything but my Lead Dancer, everything flows.

Have you ever watched professional ballroom dancers or skating partners? There’s an intimate dynamic that occurs between them. The crowd can scream and holler, cameras can flash, but they don’t see it. They are focused 100 percent on their partner, attuned to the slightest signal, responding instantly, beautifully, effortlessly.

What if we knew God that intimately? What if we were so focused on Him, so in tune with Him, like Jesus we could say, “I do only what my Father wills.”? And what keeps us from that? What keeps us angsting, striving, and experiencing burn-out?

One Sunday, I spent the afternoon studying the Holy Spirit. Throughout Scripture, we are told the Holy Spirit guides us, has fellowship with us, teaches us, fills us, prays for us, and overshadows us.

“The grace of the Lord Jesus Christ, and the love of God, and the fellowship of the Holy Spirit be with you all.” (2 Corinthians 13:14 NASB) ~ Fellowship–intimate interaction.

“It is the Spirit who gives life; the flesh profits nothing; the words that I have spoken to you are spirit and are life.” (John 6:63 NASB) ~ Life-giving.

Apart from Him, apart from full submission to Him, our efforts lead to futility. No matter how great our ministry, how in-depth our Bible study time, or how devoted our service, if it’s not ignited, guided and sustained by the Holy Spirit, it will be nothing but the effort of man operating on the wisdom of man to do the things of man. But we were called to more!

Our ultimate goal as Christians should be to be cleansed and open vessels, ready to do God’s will. Like funnels, conduits of God’s power and grace.

“Do not get drunk on wine, which leads to debauchery. Instead, be filled with the Spirit.” (Ephesians 5:18 NIV)

To be filled, we must first be emptied — of ourselves, our sin, our wants, our desires. I believe anytime we cling to anything – even good things – other than God, they become a hindrance to the working of the Holy Spirit. That job we fear losing, the ministry we can’t let fail, whatever it is … when we begin to strive for it, hold tight to it, we begin to operate in our own will. To be overshadowed, we need to stay surrendered completely, focused on our Dancer, not the dance. Otherwise, I believe, our actions lack power. Why? Because we’ve left our dancer behind.

Lord, may we so driven by Your Spirit, so infused by Your presence, that Your love compels us. Remove all expectations and obligations except that of drawing near to You in full surrender, listening to Your voice, and obeying. Draw us into Your Dance, Oh, Lord.

2031. David Dancing Before The Ark Because Of His Election

Then David returned to bless his household. And Michal the daughter of Saul came out to meet David, and said, “How glorious was the king of Israel today, who uncovered himself today in the eyes of the handmaids of his servants, as one of the vain fellows shamelessly uncovers himself!” And David said to Michal, “It was before the Lord, who chose me before your father, and before all his house, to appoint me ruler over the people of the Lord, over Israel: therefore I will play before the Lord. And I will be even more vile than this, and will be base in my own sight: and concerning the maidservants whom you have spoken of, of them I shall be held in honour.” {2Sa 6:20-22}

1. David had been soaring up on eagle’s wings. Perhaps never in his life before had he so enjoyed the public worship of God. He had forgotten everything in the delight of bringing the ark of the Lord home to his own city, where he had prepared a tabernacle for its resting-place. He had thrown himself into the glad service of the Lord that day. Nor had he been alone in joyful adoration; for all the people had been unanimously with him in honouring Jehovah, the God of their forefathers. It had been a high day, a day of days, such a day as the nation had not enjoyed in all its history before.

2. The king came home to bless his household, wishing that all his family might share in his joy. Exactly at that moment his wife, Michal, Saul’s daughter, who had felt disgusted at seeing her husband dressed like a common Levite, and leading the way in the midst of the common people, came out to meet him, full of furious scorn. Her language to him must have acted as if a man had thrown a pail of cold water into his face. With sarcastic words, villainously exaggerating what he had done, and imputing to him what he had never done, she scolded the man she had scorned. How he must have felt it for the moment! We need not wonder if some have thought that his answer was somewhat bitter. Remember that David was not Jesus, but only David.

3. Always suspect some danger near when you perceive too much delight. It may sound like a paradox, but it is true, and experience proves it, that we never seem to be so near meeting the devil as when we have just met our God. When our Saviour had been on the Mount of Transfiguration with his disciples, he met, at the foot of the hill, a father with a child possessed by a demon! Whenever you enjoy a season of particularly close communion with God, and are full of very high joy, be on your guard. The very worst side of the world will be turned towards you when you have been nearest to the eternal throne. Pirates look out for loaded vessels. Probably Michal had never spoken to David before like this; but then David had never before danced before the ark of the Lord. Here stood the man of God confronted by one whose feelings were the very opposite of his own. Like an iceberg, she crossed the path of this great vessel, and chilled it like an Arctic winter.

4. This led David to reaffirm and yet more plainly state his faith in God. As many of the choicest words of our Lord Jesus were brought out of him by the Pharisees, so one of the choicest statements of electing love that David had made was brought out by this ill-tempered daughter of Saul. I hope it will be for our profit this morning to consider it. David justified what he had done by God’s choice of him. If he had arrayed himself like a Levite, and danced with all his might before the ark in the presence of the common people, he said, “It was before the Lord, who chose me before your father, and before all his house, to appoint me ruler over the people of the Lord, over Israel: therefore I will play before the Lord.”

5. Dear brethren, there is a great power in the truth of election when a man can grasp it. When he knows for himself truthfully, and by indisputable evidence, that the Lord has chosen him, then he breaks forth in songs of divine adoration and praise: then his heart is lifted up, and he pays homage to God which others would not think of paying. The Lord Jesus has revealed himself to him as he does not to the world; and therefore he acts towards the Lord Jesus as the world can never act, and does what the world can never understand. I am going to speak to those of you who believe in the Lord Jesus Christ, for you are chosen: faith is the sure mark of election. If you believe in Jesus, and are resting in him, this is the sign that God has chosen you from before the foundation of the world; for no man ever yet had a true faith in Christ without receiving it from God, and that gift from God is the sign that he will give all other saving gifts, and that he has chosen that man to eternal salvation. The effect upon you of your knowing your election of God will be similar to the effect which it had upon David when he knew that the Lord had chosen him to be the ruler over Israel.

But our citizenship is in heaven. And we eagerly await a Savior from there, the Lord Jesus Christ.
Philippians 3:20
DailyVerses.net