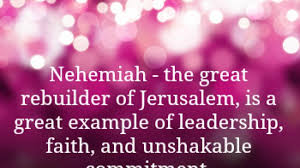 “Why am I here? Why can’t I be dead?” Mom’s words spoken through a filter of mid-stage Alzheimer’s horrified me. How could our nightly phone call take such a terrifying turn?

I already lost my dad to Alzheimer’s. The reality of my mom’s battle with the same disease with the same terminal outcome socked me in the gut. It was a defining moment in our relationship, and I didn’t like it. As her daughter and caregiver, our relationship became defined by a disease that would take her away from me.

Two years later, an Emergency Room doctor needed me to instruct whether he was to resuscitate my mom. How could I be prepared to do that? I prayed for months that Jesus wouldn’t let her suffer anymore. But as I begged the doctor to let my mom go, I didn’t expect the horrid tumult inside of me which challenged the core of my faith.  Was she really going to a better place?

A nurse escorted me to her after her heart labored through its final beat. I struggled to breathe. But I stood beside my beautiful Mom, kissed her lips, held her hand, praised, cried, and said goodbye as my tears drenched her hospital gown.

“I will repair its broken walls and restore its ruins— and will rebuild it as it used to be.” (NIV)

My mom was no longer broken by Alzheimer’s. My best friend of 58 years was being restored. But I was separated from her, and my life felt broken. I questioned, Is God for real? Is Heaven for real?

Defining moments interrupt and change the direction of our life’s compass. One unexpected defining moment for me was when I recognized the need for Jesus and understood that Jesus knocked at the door of my life, waiting for me to invite Him in (Revelation 3:14). When I opened the door and let Him come in, I was radically changed from the inside out. Jesus filled the spiritual hole in my heart, and my sins were released.

My mom had opened the door for Jesus too. Because of that, I often told Mom, “When Jesus comes for you, it’s okay to go home.”

It was one thing to know she believed in Jesus, but telling the doctor to let her die was an unexpected defining moment that challenged my belief in Heaven. I thought about the thief on the cross who was told, “Today you will be with me in paradise” (Luke 23:43 NIV), and the Lord’s Prayer which Mom and I prayed together every night that says, “Your will be done, on earth as it is in Heaven” (Matthew 6:10 NIV).

Twenty minutes after Mom died, I felt her index finger twitch and saw a white spark shoot up from her fingertip that sent a surge of static electricity through mine. No wires connected her to any machine. Moments later, the room felt empty. I silently praised my Creator for His faithfulness in defining moments.

Was the twitch when Mom reached for Jesus? Was the electrical surge when her spirit left her body for Heaven? Was I touched by the Holy Spirit during the release of my mom’s spirit? Did God give me a glimpse of Heaven?

Defining moments brought me to a belief that God and Heaven are for real. God doesn’t have to give me defining moments, but He offers them as His love gifts.  If I dare to believe in His eternal love, and trust that His kingdom come and His will be done, He will show me grace in His presence. Why? Because He loves, He promises, and because He can. Just as God restored the House of David, He restores me into spiritual eternity. And I believe God’s Spirit escorts His children personally into His glory.

Judges 16:20 20Then she called, “Samson, the Philistines are upon you!” He awoke from his sleep and thought, “I’ll go out as before and shake myself free.” But he did not know that the LORD had left him.

Samson had walked the fence of serving the LORD and serving his lusts until it finally caught up with him. The flesh wars against the spirit and the spirit against the flesh. Eventually one must win. Samson could not see that flirting with evil would cost him so much. He’d been shown mercy by God again and again and thought that it would never end. This time he crossed the last line. “My Spirit will not always strive with man,” the Lord once said. Delilah conned him into telling the source of his strength. Did he really think he would get away with it again, or was he hoping he would be normal so that he could know if she genuinely loved him? Whatever was going on in his mind, he thought he was still anointed when he woke.

What a warning this is to us! We go on flirting with disaster, compromising with evil and then we jump up thinking the anointing is still upon us. We go out to battle and find we have no strength. His eyes were put out. It was symbol of his spiritual blindness. He labored for years for the enemy, another symbol of the spiritual oppression we suffer when sin masters us.

Finally, when put on display at a feast to the enemy’s god, he gave himself in one last act of service to God. What a price he paid to see in the Spirit. What a price he had to pay to be free from bondage to the enemy. Still his death took a greater toll upon the enemy than his life. God gives second chances.

Streams in the Desert – May 6

There are secrets of Providence which God’s dear children may learn. His dealings with them often seem, to the outward eye, dark and terrible. Faith looks deeper and says, “This is God’s secret. You look only on the outside; I can look deeper and see the hidden meaning.”

Sometimes diamonds are done up in rough packages, so that their value cannot be seen. When the Tabernacle was built in the wilderness there was nothing rich in its outside appearance. The costly things were all within, and its outward covering of rough badger skin gave no hint of the valuable things which it contained.

God may send you, dear friends, some costly packages. Do not worry if they are done up in rough wrappings. You may be sure there are treasures of love, and kindness, and wisdom hidden within. If we take what He sends, and trust Him for the goodness in it, even in the dark, we shall learn the meaning of the secrets of Providence.
–A. B. Simpson

Not until each loom is silent,
And the shuttles cease to fly,
Will God unroll the pattern
And explain the reason why
The dark threads are as needful
In the Weaver’s skillful hand,
As the threads of gold and silver
For the pattern which He planned.

He that is mastered by Christ is the master of every circumstance. Does the circumstance press hard against you? Do not push it away. It is the Potter’s hand. Your mastery will come, not by arresting its progress, but by enduring its discipline, for it is not only shaping you into a vessel of beauty and honor, but it is making your resources available.

“One day soon afterward Jesus went up on a mountain to pray, and he prayed to God all night. At daybreak he called together all of his disciples and chose twelve of them to be apostles.” – Luke 6:12-13 NLT

Jesus had an important decision to make: Who would be His close disciples? He knew the candidates and had spent time with them. We might assume that He had enough information to make His choices. But Jesus still felt the need to pray. He did not just pray a short prayer. He spent all night praying to the Father, praying until He had the answers He needed.

How many Christians make this kind of commitment to prayer? We may pray when we have decisions to make, but how intense is our prayer? How long do we pray? A few minutes? A few seconds?

Right now, search your heart. Think about the issues you are facing right now. Are you basing your decisions on your own experience and understanding? The opinions of people around you? Have you truly sought God?

The Bible assures us that He wants to give you His wisdom and guide you to make the right choices. But to receive His help, you need to call on Him and seek Him through dedicated prayer.

Today, commit to seek God for the issues you face. Commit time to seek Him until you have the answers you need, until you have His peace and His assurance. Pray for people you know who have needs. And pray for your nation. Pray for an outpouring of His Spirit on your nation’s leaders.

Do not be afraid, little flock, for your Father has been pleased to give you the kingdom.
Luke 12:32
DailyVerses.net