But God came to Abimelech in a dream of the night, and said to him, “Behold, you are a dead man because of the woman whom you have taken, for she is married.”

He came to a certain place and spent the night there, because the sun had set; and he took one of the stones of the place and put it under his head, and lay down in that place. He had a dream, and behold, a ladder was set on the earth with its top reaching to heaven; and behold, the angels of God were ascending and descending on it. And behold, the LORD stood above it and said, “I am the LORD, the God of your father Abraham and the God of Isaac; the land on which you lie, I will give it to you and to your descendants 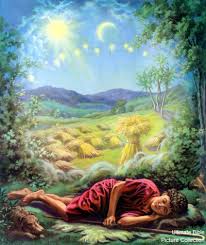 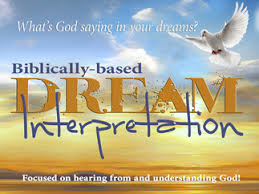 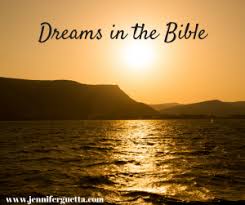 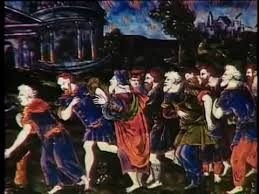 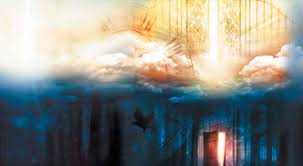 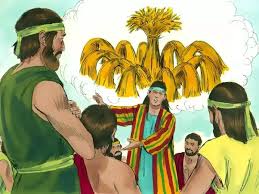 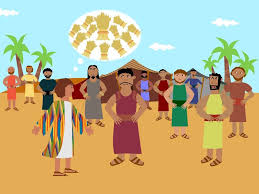 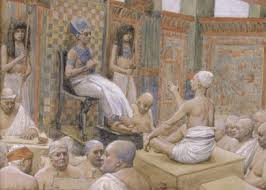 Ephesians 3:14-21
All glory to God, who is able, through his mighty power at work within us, to accomplish infinitely more than we might ask or think (Ephesians 3:20).

Shortly after he invented the telephone, Alexander Graham Bell reportedly said, “I do not think I am exaggerating the possibilities of this invention when I tell you that it is my firm belief that one day there will be a telephone in every major town in America.” One telephone in every town? If he only knew. Bell needed to dream bigger.

So do we. Paul says God’s “mighty power” can do in us “infinitely more than we might ask or think” (Ephesians 3:20). This assurance may lead us to attempt big things for God—perhaps start an orphanage, refugee resettlement program, or rescue mission for the homeless. Such ministries are great, and we should support them. But these are not Paul’s focus here.

Paul urges us to plunge our hearts deeper into the loving power of Jesus. He prays that God’s “glorious, unlimited resources” would “empower you with inner strength” (Ephesians 3:16). “Then Christ will make his home in your hearts as you trust in him. Your roots will grow down into God’s love and keep you strong” (Ephesians 3:17). Then you will “have the power to understand, as all God’s people should, how wide, how long, how high, and how deep his love is” (Ephesians 3:18).

It’s good to dream about what we will do for Jesus. It’s even more important to yearn for Him and what He will do for us. Jesus created you, redeemed you, and is one day coming back for you. He will return to our unjust world, resurrect our bodies, and restore all things. His world-conquering love is in you—right now. So put all your hope in Him.

Then you will “experience the love of Christ, though it is too great to understand fully. Then you will be made complete with all the fullness of life and power that comes from God” (Ephesians 3:19).

The Authority of Truth

It is essential that you give people the opportunity to act on the truth of God. The responsibility must be left with the individual— you cannot act for him. It must be his own deliberate act, but the evangelical message should always lead him to action. Refusing to act leaves a person paralyzed, exactly where he was previously. But once he acts, he is never the same. It is the apparent folly of the truth that stands in the way of hundreds who have been convicted by the Spirit of God. Once I press myself into action, I immediately begin to live. Anything less is merely existing. The moments I truly live are the moments when I act with my entire will.

When a truth of God is brought home to your soul, never allow it to pass without acting on it internally in your will, not necessarily externally in your physical life. Record it with ink and with blood— work it into your life. The weakest saint who transacts business with Jesus Christ is liberated the second he acts and God’s almighty power is available on his behalf. We come up to the truth of God, confess we are wrong, but go back again. Then we approach it again and turn back, until we finally learn we have no business going back. When we are confronted with such a word of truth from our redeeming Lord, we must move directly to transact business with Him. “Come to Me…” (Matthew 11:28). His word come means “to act.” Yet the last thing we want to do is come. But everyone who does come knows that, at that very moment, the supernatural power of the life of God invades him. The dominating power of the world, the flesh, and the devil is now paralyzed; not by your act, but because your act has joined you to God and tapped you in to His redemptive power.

While running errands today, I encountered a storm like I have never experienced before. I was at a mall in Texas when a blast of dark brown dirt in the form of a strong wind blew through. I noticed the sky was getting darker. Suddenly, a mighty gust of wind, carrying with it all sorts of debris, forced its way into town. As I sat in my car, I noticed that it was heading straight for me. The intersection I was sitting at was filled with cars from all directions. No one could even move. I seriously wanted to be anywhere but there.

As the storm hit our area, the winds were powerful. Trees were bending, cars were rocking, and debris was hitting me from all sides. I watched as a large piece of cardboard from a local construction site flew past me. Some objects were in the cloud of dirt and before I could see it, I heard the sound of flying material banging into my car.

I reached for my cell phone so I could call my daughter at work and realized I had left it charging at home. The only thing I could do was to hold on and trust God for this to end quickly. I had a deep sense of knowing that He loved me and that I would be ok. It was just very scary.

I didn’t know what to do. I held on to the steering wheel and waited to see what would happen next. This lasted for about 60 seconds but it seemed like a lot longer. Momentarily, my world came to a standstill. It was the longest minute I have ever known.

After the wind-blast of dirt came the hard rain. I was doing all I knew to do to get out of that area, but the traffic was moving slowly. I don’t know where all the cars came from. I have never seen it so busy. I’m sure everyone had the same idea I did and that was to go and go fast.

But I did manage to work my way around to the bank. Since I needed some cash, I pulled in and rolled down my window. I was pleasantly surprised to smell a wonderful fragrance. In spite of all the dirty wind and hard rain, the earth managed to give off a delightful smell. It was like the heavens had opened and rained flowers on me.

But isn’t this a lot like life? In the midst of our scariest times, frustrating moments, and absolute downpours of too much of a good thing, there are gifts from God. This gift was for anyone who took the time to roll down their windows and breathe in the fresh air.

God allows us to go through hard times but He has certainly promised us great times too. Out of what seems like nowhere, we can find Him and know that He cares for us.

He was there in the storm and the rain. But He was also there to protect me. I was not harmed and from what I could tell, no one else was either. Maybe we were all being tested to trust in Him. I am so glad that I know God in such a personal way that when the storms in life hit me with their best shots, I can know that I will make it.

The Word of God says,

“Call to Me, and I will answer you, and show you great and mighty things, which you do not know.” Jeremiah 33:3 (NKJV)

He is there for us and longs to refresh us when we need it, protect us from harm and danger, and provide the wisdom we need when we don’t understand the “whys” in life. Call Him today. His phone number is PRAYER. He is always there.

Therefore, since Christ suffered in his body, arm yourselves also with the same attitude, because whoever suffers in the body is done with sin.
1 Peter 4:1
DailyVerses.net