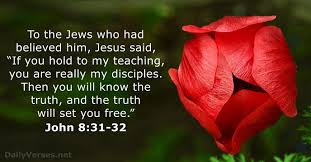 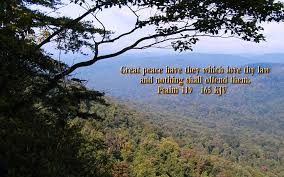 But be sure to fear the Lord and faithfully serve him. Think of all the wonderful things he has done for you. (1 Samuel 12:24 NLT)

The great master artist Michelangelo once explained his creative process this way: “I saw the angel in the marble and carved until I set him free.” Michelangelo could look at a slate of stone and see what would come from it.

It seems as though God goes out of His way to choose the most unexpected people. When God wanted to reach the people of Nineveh, He chose Jonah. Jonah, however, hated the Ninevites. He wanted God to kill them. So God effectively said, “Jonah, you’re the perfect guy to go preach to the Ninevites.” Jonah eventually obeyed God, and a great revival broke out.

When God was looking for a courageous man to free Israel from the oppression of the Midianites, He chose Gideon. Interestingly, Gideon happened to be hiding from the Midianites when an angel appeared to him and said, “Mighty hero, the Lord is with you!” (Judges 6:12 NLT). I think Gideon may have looked around and thought, “Is there another Gideon here?” If there’s anything Gideon was not at that moment, it was a mighty hero.

God doesn’t see us for what we are; He sees us for what we can become. He sees potential. God has a plan for each of us. He has given each of us gifts and talents and abilities and resources to use for His glory. But all too often, many of us are not doing that. And why aren’t we? We offer up excuses, never reasons. There is no good reason for us not to serve the Lord.

Therefore there is now no condemnation for those who are in Christ Jesus. 2 For the law of the Spirit of life in Christ Jesus has set you free from the law of sin and of death. 3 For what the Law could not do, weak as it was through the flesh, God did: sending His own Son in the likeness of sinful flesh and as an offering for sin, He condemned sin in the flesh, 4 so that the requirement of the Law might be fulfilled in us, who do not walk according to the flesh but according to the Spirit.

Justification Must Precede and Empower Sanctification

Now for some of you this may sound like nitpicking. You may say, “I don’t live with these things in mind. So they are not really helpful to me. I just don’t think or act that way. That sounds like theology. And to me nothing is more irrelevant to my life than theology.” Well, that is probably the way a lot of people feel. But, if you are one of them, consider this for a moment.

Suppose that you are on trial in a courtroom for a capital offense. Your life hangs in the balance. A guilty verdict will mean death, and a not-guilty verdict will mean freedom and life. And suppose the judge says to you: “There are two ways we can deal with this. I can acquit you right now, decisively and irrevocably, and release you so that you can go and live a free and joyful and loving life that shows you really are not a rebellious, crime-loving law breaker, though you have been. Or I can postpone the trial and the verdict for several years and assign you a parole officer to watch you all that time, and let you go out and prove yourself to the court by your life, and then have the trial after that, and base the verdict on whether your behavior was satisfactory or not.”

Now does the difference between these two options sound like nitpicking? In one case you are free from condemnation and with gladness live a life that shows the wisdom and mercy of your Judge. In the other case you have the trial always hanging over your head, and the basis of that future verdict will be your own behavior and whether you have measured up. Brothers and sisters, this is not nitpicking. And understanding the difference – call it theology or call it zucchini or call it Biblical truth – is massively important for your life.

If you don’t live your life by reflecting on God and what he has done for you and promises to be for you, you need to change. The book of Romans was not written to be rejected by intuitive personalities. It was written to be understood and applied to daily life for the glory of Christ.

So here is the issue in our text: What is the connection between Romans 8:1 and Romans 8:2? In Romans 8:1 we have a precious statement of justification: “Therefore there is now no condemnation for those who are in Christ Jesus.” When we are united to Christ by faith in him, at the very beginning of our Christian life, our condemnation is past. The verdict is rendered: Not guilty; righteous for Christ’s sake. All sins forgiven. All guilt removed. All punishment averted. Because of Christ.

A tired WWII veteran looked up from his recliner and made eye contact with me. The time had finally come to share vivid memories of the war: “I heard my friend, only 19-years-old like me; he screamed, ‘My legs are gone!’ Then I stepped on a mine. I felt it tear into me. I prayed … not so much for myself, but for my family … my mom, my dad. I lived … but [my friend] died.”

Such sacrifice deserves our appreciation. Let’s recognize that freedom isn’t free. Today, let’s pause and pray for our veterans.

Freedom from sin and death wasn’t free either: Jesus paid the price for you and me. Yes, Jesus died for us to be set free from sin. But, in order to trade our sin for a Heavenly win, we must come to the Giver of true life: Jesus Christ.

“Just as the Son of Man came not to be waited on but to serve, and to give His life as a ransom for many [the price paid to set them free]” (Matthew 20:28, AMP).

Jesus fought our battle for freedom when He took our capital punishment on the cross. He bled so we wouldn’t. He paid what we couldn’t. He conquered the enemy – including sin and death.

On the 4th of July, a lot of drinking occurs. But nothing drowns our sorrows forever. We need true spiritual water. Consider this amazing Scripture combo:

Yet we often ignore whom we should most adore: Jesus. Will you personally invite Jesus into your heart today? Will you receive His gift of eternal life and turn from trying to do things your way?

His battle-scarred hands reach out to you now. His beautiful, loving heart invites you to know true love and life in Him. Will you open your heart to His? Will you ignore or adore Him today? Remember: Jesus alone holds the power to set you free.

“So if the Son liberates you [makes you free men], then you are really and unquestionably free.” (John 8:36, AMP).

This 4th of July, let’s thank veterans. But let’s not forget our ultimate freedom-giver: Jesus Christ.

Jesus Christ died and rose from death to set us free from sin, free from ourselves, and free from every oppression. He came “to set free those who are downtrodden” (Luke 4:18). But many of us don’t experience that freedom. Instead, we areoppressed. We are crippled by fear, depression, unbelief, or some uncontrollable sin. When this happens we blame ourselves and think, “If I just try a little bit harder, I can overcome this problem.” Or sometimes we become discouraged and think “I just need to learn to endure this. It won’t ever go away.” Too often we fail to see the real problem: we are under spiritual attack. For our struggle is not against flesh and blood, but against the rulers, against the powers, against the world forces of this darkness, against the spiritual forces of wickedness in the heavenly places” (Ephesians 6:12).

The Bible identifies Satan as the source of all evil. The Bible also clearly describes our means of spiritual warfare and victory.

What is spiritual warfare?

Spiritual warfare is taking a stand. The Apostle Paul writes, “Therefore, take up the full armor of God, that you may be able to resist in the evil day, and having done everything, to stand firm” (Ephesians 6:13).

We usually picture warfare as troops advancing against each other, a heated battle, and the emergence of a defeated foe and a victorious conqueror. So why, then, in spiritual warfare do we just stand? We stand because the war is over! The enemy has been defeated! Jesus won the battle over sin and death two thousand years ago. When we surrender our lives to Jesus, we stand in His complete victory over sin, death, and Satan. That’s why the apostle Paul says that Christians “overwhelmingly conquer” (Romans 8:37).

I say to myself, “The Lord is my portion; therefore I will wait for him.”
Lamentations 3:24
DailyVerses.net