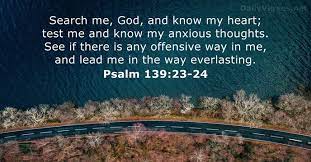 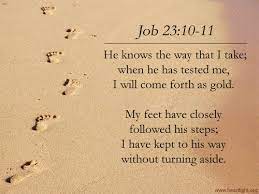 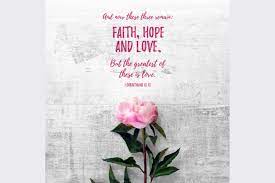 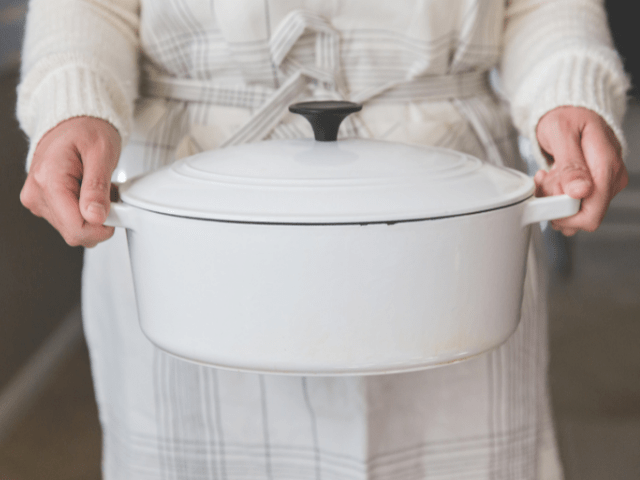 My husband and I were hosting a team of people who desired to increase their knowledge of providing ministry.

“Do not eat the spaghetti,” my husband whispered as he pulled me aside. “We will eat peanut butter and crackers once everyone leaves. Let’s feed them first, small servings. Hopefully there will be enough for those who are here for ministry.”

That is exactly what we did—well, almost. We fed everyone. Then, they had seconds. Then, my husband and I ate spaghetti.

The next day, we ate peanut butter and crackers for breakfast, spaghetti for lunch and dinner. This went on every day for a week.

The day we ran out of spaghetti, a friend showed up at the door. She did not know about our lack of food. We had told no one. Yet here she was with three paper sacks full of groceries.

I know it sounds crazy, but it really did happen just like that. My story is not so odd. When we look at God’s Word, we see this has happened before.

John 6:1-15 tells the story of Jesus feeding five thousand men, plus women and children, with nothing but one boy’s lunch: five loaves and two fish. What an amazing miracle!

In 1 Kings 17:8-16 we find Elijah, a widow, and her son in the village of Zarephath. There was a drought, and Elijah was sent by God to the widow. He asked her to make him a little bread before she made any for herself and her son. Because she did as he asked, she and her son always had enough flour and oil throughout the remainder of the famine.

In all three of these stories, no one thought there would be enough food. Yet in each situation, the food was given to others first, then the miraculous happened: God multiplied it.

God is so faithful that even though the owners of the food never asked God to multiply it, He did it anyway. There is no mention of the widow asking or believing for the multiplication. She simply obeyed the prophet. The same is seen when that little boy gave Jesus his lunch. He simply handed it over. Then there’s my husband. He believed we would run out of spaghetti, but we fed everyone to their fill and then we ate.

The result in all three cases was abundance. Each story ends with more than enough. There were twelve baskets of leftovers from the loaves and fish. The widow had oil and flour until the crops grew. The spaghetti fed us until the three paper sacks full of groceries arrived. God provided more than what was needed.

These three stories show us the true character of God. He loves us and wants to bless us. He instructs us to seek Him and obey Him so we can receive from Him. This truth is found in Mathew 6:33 (NLT):

Seek the Kingdom of God above all else, and live righteously, and he will give you everything you need.

When we seek Him, He will give us abundance. God did this for King Solomon. 1 Kings 3:3-14 is the famous story. Solomon sought the Lord asking for wisdom and understanding. God gave him both, and so much more.

May we always remember to trust God. Even in times of apparent lack, He is faithful.

1 Samuel 16:23 23Whenever the spirit from God came upon Saul, David would take his harp and play. Then relief would come to Saul; he would feel better, and the evil spirit would leave him.

The Spirit of God departed from Saul and an evil spirit was sent by God to trouble him. Evil spirits are always waiting to trouble us, but they need permission to attack those who belong to God. A spirit was given permission to oppress Saul. It would put him in a foul mood. Saul invited this spirit through his disobedience and pride. Nevertheless, he did not like the effects the spirit produced. Someone in his court suggested that music would cause the spirit to leave him. David was called in to play the harp. The man who has been anointed the next king was called to help Saul deal with the consequences of his choices.

It worked. Music seemed to bring the king relief. It works for us too. You’ll find that when you are in a foul mood, if you will listen to praise music. You will be uplifted, and your mind will pull out of the rut in which it seems to be stuck. If, by faith, you can sing, you’ll feel much better. I have even made up songs to deal with certain attacks of the enemy. God allows this to strengthen and test us or wake us up to our sin. In many cities you can turn on Christian radio and get instant help through the songs of praise.

Why was David’s music so effective? The Spirit of the LORD had come upon David in power. (1Samuel 16:13) A worshiping saint causes the enemy to cringe and flee. There are accounts of the wonders that praise music has done in asylums. It is a powerful tool. Use it for the glory of God.

Consider: How can I have praise music available for times when I struggle?

Heaven is more than an idea—it is a real place of healing, restoration, and unimaginable joy.

When Jesus told His disciples He was going away, He promised to return and take them to His Father’s house, where He had prepared a place for them. This confirms that heaven is a real place, not some ethereal cloud where we play harps.

We tend to think of anything heavenly as less tangible than earth, but Scripture suggests the opposite. Hebrews 11:10 tells us that by faith, Abraham “was looking for the city which has foundations, whose architect and builder is God.” And Revelation 21:10-27 describes this city—called the New Jerusalem—in great detail. Unlike earth, the kingdom of heaven cannot be shaken (Hebrews 12:27-28). It exists forever, and we’ll be worshipping and serving the Lord there.

As Christians, we know our citizenship is in heaven. When we die, our spirits immediately go there (2 Corinthians 5:8), into the presence of the Lord, awaiting the immortal body we’ll be given at Christ’s return. That new body will be perfectly suited for heaven and free from the temptations, trials, heartaches, pain, and death that make life on earth so wearying. There will be rest, not from activity and fulfilling work, but from the consequences of sin that plague us here. I believe the joy we’ll experience when we finally see our Savior face to face is beyond our imagination.

Streams in the Desert – May 18

“Hear what the unjust judge saith. And shall not God avenge his own elect which cry day and night unto him, though he bear long with them? I tell you that he will avenge them speedily” (Luke 18:6, 7).

God’s seasons are not at your beck. If the first stroke of the flint doth not bring forth the fire, you must strike again. God will hear prayer, but He may not answer it at the time which we in our minds have appointed; He will reveal Himself to our seeking hearts, but not just when and where we have settled in our own expectations. Hence the need of perseverance and importunity in supplication.

In the days of flint and steel and brimstone matches we had to strike and strike again, dozens of times, before we could get a spark to live in the tinder; and we were thankful enough if we succeeded at last.

Shall we not be as persevering and hopeful as to heavenly things? We have more certainty of success in this business than we had with our flint and steel, for we have God’s promises at our back.

Never let us despair. God’s time for mercy will come; yea, it has come, if our time for believing has arrived. Ask in faith nothing wavering; but never cease from petitioning because the King delays to reply. Strike the steel again. Make the sparks fly and have your tinder ready; you will get a light before long. –C. H. Spurgeon

I do not believe that there is such a thing in the history of God’s kingdom as a right prayer offered in a right spirit that is forever left unanswered. –Theodore L. Cuyler

He has saved us and called us to a holy life—not because of anything we have done but because of his own purpose and grace. This grace was given us in Christ Jesus before the beginning of time.
2 Timothy 1:9
DailyVerses.net