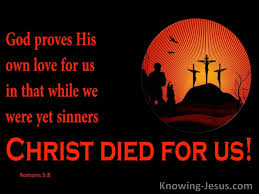 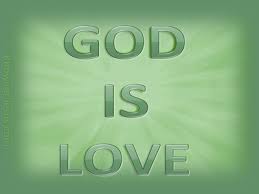 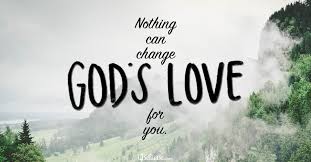 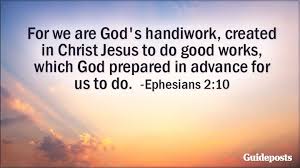 I was leaving the grocery store and had just started my car, when I was approached by a man pushing a stroller. I assumed he was going to ask for directions, but it turned out that couldn’t have been further from the truth.

“Hey man, I really need some help. My daughter and I just got evicted from our apartment.” He proceeded to rattle off his story as I listened uncomfortably. He had contacted Social Services but they wouldn’t be able to help him until tomorrow. His wife had left when things got tough. He was afraid of losing his daughter. He’d found a cheap motel to stay in, but he still needed seventeen dollars to pay for the room.

Now, several things began to buzz through my head as he talked. The first was how I didn’t trust a thing he was saying. In Asia, I’d seen female beggars use their children to garner sympathy from passing strangers. In South America, older men would hold Bibles or crosses, not because they were Christians but because it encouraged people to give more generously. Everything about his story felt rehearsed, staged, right down to the toddler in his stroller.

The second thing was that the man had said he needed $17, which was the exact amount I had in my wallet. I had been hoping to use that money to grab a lunch out or maybe see a movie, but could I really justify being so selfish if this guy really needed it? I considered giving him a few bucks just to make him go away, but withholding the rest didn’t seem any better than giving him nothing. It felt like I was trapped between two choices, would I be stupid or heartless? Eventually, I considered what Christ would have me do, and handed over the money along with my best wishes.

I don’t know what became of that man. Maybe he was telling the truth, maybe he was lying, and to be honest, I don’t really care. God has called us to love, and you cannot love others if you are afraid of looking foolish. Remember what the Bible says in the book of Matthew:

“‘You have heard that it was said, ‘Eye for eye, and tooth for tooth.’ But I tell you, Do not resist an evil person. If someone strikes you on the right cheek, turn to him the other also. And if someone wants to sue you and take your tunic, let him have your cloak as well. If someone forces you to go one mile, go with him two miles. Give to the one who asks you, and do not turn away from the one who wants to borrow from you.’” – Matthew 5:38-42.

“So Joseph went after his brothers and found them near Dothan. But they saw him in the distance, and before he reached them, they plotted to kill him.” Genesis 37:17c-18 (NIV)

Today, there will be a moment. No one will snap a picture of it. It probably won’t make it into the journals of those who journal. Or linger in the thoughts we carry with us to sleep tonight.

It will slip by seemingly unnoticed. But its effects won’t slip. They’ll stay. And if fostered, grow to epic proportions.

This moment where something creeps into our heart and pulls our focus from right to wrong. It will be just a hint of distortion. The smallest amount. But a slight and seemingly insignificant amount of skewed thought will take root.

Beyond what we can even imagine.

What is this distortion? The thought that “this” bitterness is okay … justifiable … no big deal.

Which brings us to one of my favorite stories in the Bible. The one where Moses goes to Pharaoh and sings that song, “Oh, Pharaoh, Pharaoh, whoa, whoa, gotta let my people go.”

Totally a loose translation, but if you’ve ever attended vacation Bible school as a child, you probably know what I’m talking about.

There’s an astounding chain of events that led up to God having to deliver His people from Pharaoh’s fierce grip that I want us to trace and consider. It starts with this question: Why was the entire nation of Israelites — all of God’s people — all 12 tribes — enslaved in Egypt?

As I trace this story backward, I find it’s because of one seemingly insignificant moment.

The course of history was changed because a few family members got angry and jealous of their brother Joseph. Bitterness slipped in. And that bitterness eventually grew into hatred.

Hurt that sits unattended to in the human heart over time can so easily turn to hate.

Our key verse reveals the moment the seed of bitterness and anger magnified into a full-blown murderous plot: “So Joseph went after his brothers and found them near Dothan. But they saw him in the distance, and before he reached them, they plotted to kill him” (Genesis 37:17c-18).

While they didn’t wind up killing Joseph, they did sell their brother and regarded him as dead.

Years of heartbreak and confusion passed.

Eventually, Joseph landed in a position of great power in Egypt and had authority to provide food for his family. So, all 11 of his brothers and their families moved to Egypt. Joseph and his 11 brothers make up what became the 12 tribes of Israel. As these tribes multiplied, they became the nation of Israel.

What the brothers meant for evil, God used for good. He saved the Israelites from the famine. But there were still lasting effects of the brothers’ choices that came out years later.

After Joseph died, “Then a new king, to whom Joseph meant nothing, came to power in Egypt. ‘Look,’he said to his people, ‘the Israelites have become far too numerous for us. Come, we must deal shrewdly with them or they will become even more numerous and, if war breaks out, will join our enemies, fight against us and leave the country.’ So they put slave masters over them to oppress them with forced labor, and they built Pithom and Rameses as store cities for Pharaoh” (Exodus 1:8-11, NIV).

So, the entire nation of Israel suffered oppression and slavery for centuries. Why?

Because a few brothers on an ordinary day got a little jealous … and allowed bitterness and anger to slip in.

And the moment these emotions slipped in, the course of history changed.

May we never assume our moments don’t matter. The decisions we make every second of every day matter.

There are no little moments or little sins.

There’s a domino effect to it all, and it reaches far beyond what we can even know.

Please understand, no part of this is meant to heap more hurt on you or condemn you in any way. But awareness and conviction are good.

Moments matter. And future generations will be impacted by our choices today.

Let’s watch for any moment today where we have the choice to let anger, envy or something else negative slip in. And when one shows up, let’s recognize it. Refute it. And replace it with God’s spirit of love.

“If you do nothing in a difficult time, your strength is limited.” – Proverbs 24:10 CSB

We often desire to sail through life like a ship drifting on a calm sea. We want to arrive at the distant shore without complications. But our journeys may bring us face-to-face with unforeseen obstacles.

The question is how can we prepare for these complications? How will we respond? Will we falter or struggle? Will we cave in under the pressure? Or will we be confident in God, sure that He is with us?

When we encounter complications, it can be difficult to concentrate. Often our minds are preoccupied. Our emotions can be stirred up. It’s hard to hear God or even have faith in Him. That’s why we need to prepare for complications before they take place.

What does this mean practically? Today is the day to prepare for the future, seeking to become spiritually stronger. Commit yourself to reading, studying, and memorizing God’s Word, so it is hidden in your heart. Spend quality time in prayer, so you have a more intimate relationship with the Father.

People may fail to look ahead. Friends may be preoccupied. Unexpected things may occur. But God is already in the future. And He is ready to provide whatever you need.

Make sure you trust in God today. Spend quality time in prayer today. Talk with Him throughout the day. Fill your mind with His Word. Practice thinking His thoughts and confessing His promises. Gain strength and peace through your relationship with Him.

My dear brothers and sisters, take note of this: Everyone should be quick to listen, slow to speak and slow to become angry.
James 1:19
DailyVerses.net

But I tell you that everyone will have to give account on the day of judgment for every empty word they have spoken.
Matthew 12:36
DailyVerses.net