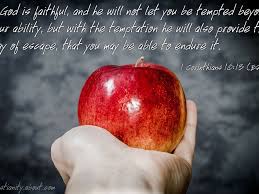 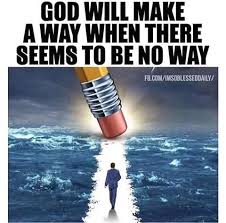 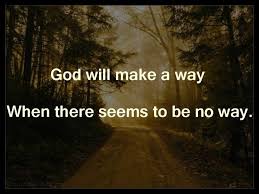 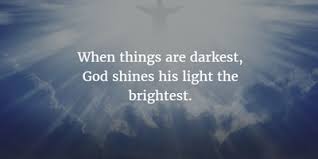 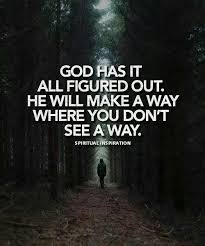 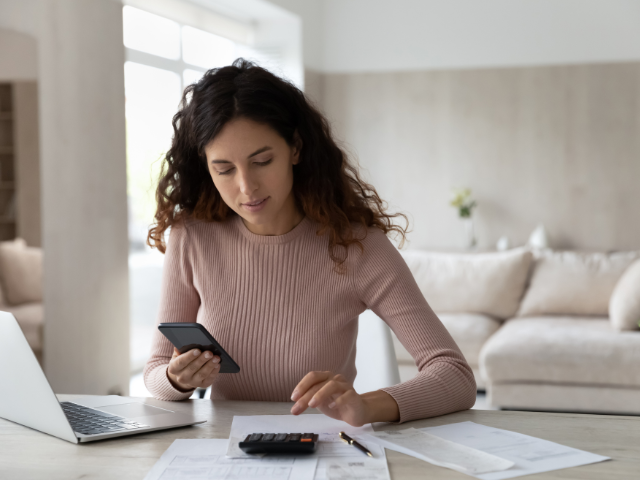 I was the happiest I’d ever been with the job I was doing. I was a recruiter turned training specialist at a telecom company. I had recently struck out on my own, getting my first apartment in my early 20s. I also served as the right hand to my pastor, with many responsibilities. One of them was to feed and clothe the homeless in the area.

One day the director of human resources called me in for a meeting. Surely, she was going to tell me about a new initiative that she wanted me to head, or report on the progress of the last one. But it was nothing of the kind—she told me that I was being laid off in July. When I heard the news, I was surprised but not worried about finding another job. I began looking for another job with no luck. I couldn’t understand how it was so difficult to find a job. I mean, it was my job to find jobs!

Then the 9/11 attacks happened. This made finding work even harder. I was collecting unemployment, which was barely enough to pay my rent. During this time, I continued to serve at my church faithfully. The same food pantry that I used to run to serve the homeless became the main source to sustain me.

Another expense was my car payment. It needed to be paid and I just didn’t have the money for it. As I sat down to open the mailing from car my loan company, I was expecting to see a notification of late payment or repossession. Instead, it read, “it has been determined that you are in the area considered to be effected by the events of 9/11 and your payments have been deferred to the end of your loan.”

This was one of the many ways God would provide for me (Isaiah 43:19). This experience allowed me to know the Lord as Jehovah Jireh (Genesis 22:13). I was never without anything for over a year without a job. I didn’t know how God was going to work things out for me, but I knew that He would—and He did! I trusted Him with my life, and He showed Himself strong and mighty (Proverbs 3:5-6).

For I am about to do something new. See, I have already begun! Do you not see it? I will make a pathway through the wilderness. I will create rivers in the dry wasteland. (Isaiah 43:19)

Trust in the LORD with all your heart; do not depend on your own understanding. Seek his will in all you do, and he will show you which path to take. (Proverbs 3:5-6 NLT)

“The jar of flour will not be used up . . . until the day the Lord sends rain on the land.”

During the COVID-19 pandemic, there was a sudden demand for flour and yeast. Many, many people wanted to make bread at home! This surge caused a shortage of supplies, leaving shelves bare at the grocery store and causing some people to go without the basics they needed.

Today’s story in 1 Kings highlights significant shortages: the stream runs dry, and the flour and oil are about to run out. Scarcity is everywhere, and Elijah and the widow and her son seem to be living on the edge of survival.

Imagine how the widow must have felt when Elijah asked her to make him a small loaf of bread with her limited re­sources. Largely because of a custom to be hospitable to strangers, she did it, not wanting to bring shame on her household. It couldn’t have been easy, but she made a small loaf of bread and served it to Elijah. And, miraculously, God replenished her flour and oil so that they did not run out until the end of the drought.

The fact that this takes place in Sidon, a land outside of Israel, shows that the Lord God, who makes all things abundant even in times of scarcity, is stronger, better, and more powerful than the gods of other nations. In fact, God is the only true God, the Lord of heaven and earth.

Lord our God, you are our provider. At times we are scared about running out of things, and yet we see that your power is greater than our fears. We trust in you. Amen.

Living Free from the Fear of Death

The world has been gripped by the fear of death, so much so that many believers have gotten caught up in it, isolating themselves from fellow believers and even close family members. Yet, 2 Timothy 1:7 explains, “For the Spirit God gave us does not make us timid, but gives us power, love and self-discipline.” Sadly, many have embraced the imposed restrictions and guidelines, incorporating them into their beliefs and way of life. Instead of going out into the world to preach the gospel, many have been paralyzed by fear, preventing them from reaching out to a lost world.

Now Is the Time
But rather than hiding away, now is the time for the Church to shine, to walk in the confidence of the truth of God’s Word, that the fear of death is no longer a ruler in the life of believers. The Church has been given the opportunity to share the life Christ gives us with a world being held hostage by the terror of dying. Although sadly, people are passing away, the truth is since sin entered the world, people have been dying every day from all kinds of sicknesses, diseases, conditions, accidents, natural disasters, and violence.

As a hospice chaplain, my husband works daily with those who are passing from this life because death has been present in our world since the fall of mankind. So, although nothing new, it no longer has the power to be victorious in the lives of believers in Jesus Christ.

2 Timothy 1:10, explains, “But it has now been revealed through the appearing of our Savior, Christ Jesus, who has destroyed death and has brought life and immortality to light through the Gospel.”

As well, Revelation 12:11 reveals, being unafraid of death defeats the enemy and brings victory into our lives. “They triumphed over him by the blood of the Lamb and by the word of their testimony; they did not love their lives so much as to shrink from death.”

Crossing Over
Although no one wants to suffer or die, being afraid to the point of living in fear is to live in unbelief of what Jesus has promised us. Although death appears to take our life from us, as believers, we are assured it cannot touch the everlasting life God gives us. “Very truly I tell you, whoever obeys My word will never see death” (John 8:51). As Christians, we will pass from life to life. “Very truly I tell you, whoever hears my word and believes Him who sent Me has eternal life and will not be judged but has crossed over from death to life” (John 5:24).

At the cross and through the His resurrection, Jesus swallowed up death forever, and we now have the assurance that we will pass from life to life, as “Jesus said to her, ‘I am the resurrection and the life. The one who believes in Me will live, even though they die’” (John 11:25).

Living Fear Free
Because we believe God’s Word as truth, rather than living fearfully behind closed doors and seeing other people as life-threatening, we as Christians have a calling to share the new and everlasting life God has given us, a life free from the fear of death. Even though believers in Jesus Christ do not need to fear death, there is a world of lost people, individuals who don’t know God. Because they have not received the gift of Salvation through Jesus Christ, their fear of dying is very valid.

As Christians, while we have nothing to fear and everything to gain in death, non-Christians have everything to lose, including their eternal soul. Unlike most people believe, God is not sending people to eternal death, but sadly, by rejecting Jesus and His gift of eternal life, they are choosing it for themselves. When those who reject Jesus Christ die in their spiritually dead condition, they pass from physical death to eternal death.

As John 3:36 explains, “Whoever believes in the Son has eternal life, but whoever rejects the Son will not see life, for God’s wrath remains on them.”

Are you facing a crisis of belief? You can trust God to keep His Word.

Abraham began walking with the Lord many years before he was asked to offer Isaac on the altar. His first step had been to leave his home and relatives and travel to the land that God would show him (Genesis 12:1). But now he was being told to give up Isaac, who was the son of promise: Through Isaac, the Lord had promised to bring forth a great nation and bless the entire world.

Abraham’s obedience in this crucial test was based on his faith in God. He believed that the Lord would keep His promise to give him descendants through Isaac, even if it required raising the boy from the dead (Hebrews 11:17-19). That’s why Abraham confidently declared to his servants that he and his son would return to them after worshipping (Gen. 22:5). He knew the Lord was faithful.

If you’re going through a time of testing, God is seeking to increase your trust in Him. He wants to prove to you that He’s faithful to fulfill His promises. This challenge is designed to help you grow in faith, obedience, and spiritual maturity. The testing may be painful, but the Lord will wrap you in His love and carry you to victory.

The Lord your God is with you, the Mighty Warrior who saves. He will take great delight in you; in his love he will no longer rebuke you, but will rejoice over you with singing.
Zephaniah 3:17
DailyVerses.net