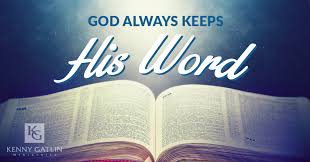 The glory of Jesus Christ shines more clearly when we see him in his proper relation to the Old Testament. He has a magnificent relation to all that was written. It is not surprising that this is the case, because he is called the Word of God incarnate (John 1:14). Would not the Word of God incarnate be the sum and consummation of the word of God written? Consider these summary statements and the texts that support them.

1. All the Scriptures bear witness to Christ. Moses wrote about Christ.

“You search the Scriptures because you think that in them you have eternal life; and it is they that bear witness about me. . . . If you believed Moses, you would believe me; for he wrote of me.” (John 5:39, 46)

2. All the Scriptures are about Jesus Christ, even where there is no explicit prediction. That is, there is a fullness of implication in all the Scriptures that points to Christ and is satisfied only when he has come and done his work. “The meaning of all the Scriptures is unlocked by the death and resurrection of Jesus” (Graeme Goldsworthy, Preaching the Whole Bible as Christian Scripture, 54).

And beginning with Moses and all the Prophets, he interpreted to them in all the Scriptures the things concerning himself. (Luke 24:27)

3. Jesus came to fulfill all that was written in the Law and the Prophets. All of it was pointing to him, even where it is not explicitly prophetic. He accomplishes what the Law required.

“Do not think that I have come to abolish the Law or the Prophets; I have not come to abolish them but to fulfill them. For truly, I say to you, until heaven and earth pass away, not an iota, not a dot, will pass from the Law until all is accomplished.” (Matthew 5:17–18)

4. All the promises of God in the Old Testament are fulfilled in Jesus Christ. That is, when you have Christ, sooner or later you will have both Christ himself and all else that God promised through Christ.

For all the promises of God find their Yes in him. That is why it is through him that we utter our Amen to God for his glory. (2 Corinthians 1:20)

5. The law was kept perfectly by Christ. And all its penalties against God’s sinful people were poured out on Christ. Therefore, the law is now manifestly not the path to righteousness; Christ is. The ultimate goal of the law is that we would look to Christ, not law-keeping, for our righteousness.

For Christ is the end of the law for righteousness to everyone who believes. (Romans 10:4)

“When you have Christ, you also have everything God promised through him.”

Therefore, with the coming of Christ, virtually everything has changed:

1. The blood sacrifices ceased because Christ fulfilled all that they were pointing toward. He was the final, unrepeatable sacrifice for sins. Hebrews 9:12, “He entered once for all into the holy places, not by means of the blood of goats and calves but by means of his own blood, thus securing an eternal redemption.”

2. The priesthood that stood between worshiper and God has ceased.Hebrews 7:23–24, “The former priests were many in number, because they were prevented by death from continuing in office, but he holds his priesthood permanently, because he continues forever.”

3. The physical temple has ceased to be the geographic center of worship. Now, Christ himself is the center of worship. He is the “place,” the “tent,” and the “temple” where we meet God. Therefore, Christianity has no geographic center, no Mecca, no Jerusalem. John 4:21, 23, “Jesus said to her, ‘Woman, believe me, the hour is coming when neither on this mountain nor in Jerusalem will you worship the Father. . . . But the hour is coming, and is now here, when the true worshipers will worship the Father in spirit and truth.’” John 2:19, 21, “‘Destroy this temple, and in three days I will raise it up.’ . . . He [Jesus] was speaking about the temple of his body.” Matthew 18:20, “For where two or three are gathered in my [Jesus’s] name, there am I among them.”

4. The food laws that set Israel apart from the nations have been fulfilled and ended in Christ. Mark 7:18–19, “[Jesus] said to them, . . . ‘Do you not see that whatever goes into a person from outside cannot defile him?’ . . . (Thus he declared all foods clean.)”

5. The establishment of civil law on the basis of an ethnically rooted people, who are ruled directly by God, has ceased. The people of God are no longer a unified political body or an ethnic group or a nation-state, but are exiles and sojourners among all ethnic groups and all states. Therefore, God’s will for states is not taken directly from the Old Testament theocratic order, but should now be re-established from place to place and from time to time by means that correspond to God’s sovereign rule over all peoples, and that correspond to the fact that genuine obedience, rooted as it is in faith in Christ, cannot be coerced by law. The state is therefore grounded in God, but not expressive of God’s immediate rule. Romans 13:1, “Let every person be subject to the governing authorities. For there is no authority except from God, and those that exist have been instituted by God.” John 18:36, “My [Jesus’s] kingdom is not of this world. If my kingdom were of this world, my servants would have been fighting.”

Let us worship the wonder of Christ, who unleashed these massive changes in the world.

From: The NiV Bible

When Gabriel announced to Mary that she would have a son, the angel invoked a promise that had echoed throughout the Old Testament. Her son would be called the Son of the Most High and would reign on the throne of his father, David. Those familiar with the Law and the Prophets, including Mary herself, would have quickly begun to connect the prophetic dots.

God had picked David, a young shepherd boy, from among an entire family of brothers and made him the ruler over Israel. God promised to make David’s name great. In addition, God promised that after David died, God would raise up one of his offspring to establish the throne of his kingdom forever (2 Samuel 7:8–16).

During his life, as David faced enemies and conspiracy, he sang songs of praise to God for protecting him as God’s anointed (Psalm 2:1–12) and for establishing his line for as long as the heavens endure (Psalm 89:19–29). David intoned a psalm of praise that contained a phrase that Jesus later quoted to confound his critics: “The LORD says to my lord . . .” (Psalm 110:1; Matthew 22:44). Another psalm affirmed that God, in his promise to David about the duration of his throne, had sworn an oath that could not be revoked (Psalm 132:11–12).

The prophet Isaiah continued to prophesy the fulfillment of God’s promise to David. He wrote that to his people a child would be born, a son would be given and the government would be on his shoulders (Isaiah 9:6–7). Isaiah also affirmed that a shoot would come up from the stump of Jesse, David’s father, and from its roots a Branch (referring to Jesus) would bear fruit (Isaiah 11:1–15).

In time, God’s plan became clear: he would fulfill this promise through his Son, Jesus. When the angel appeared to Mary, God provided the ultimate update on God’s plan to keep his promise.

You will conceive and give birth to a son, and you are to call him Jesus. He will be great and will be called the Son of the Most High. The Lord God will give him the throne of his father David, and he will reign over Jacob’s descendants forever; his kingdom will never end.

“How will this be,” Mary asked the angel, “since I am a virgin?”

The angel answered, “The Holy Spirit will come on you, and the power of the Most High will overshadow you. So the holy one to be born will be called the Son of God. Even Elizabeth your relative is going to have a child in her old age, and she who was said to be unable to conceive is in her sixth month. For no word from God will ever fail. Luke 1:31–37

The baby in Mary’s womb, conceived by the Holy Spirit though Mary was a virgin, is God’s Son who would reign eternally. As a capstone to the astounding declaration, the angel reminded Mary that no word from God would ever fail (verse 37).

The intricate history of God’s initial promise realized so fully at Jesus’ first coming increases confidence that the rest of God’s promises will be fulfilled at Jesus’ second coming and after that, into eternity.

Come near to God and he will come near to you. Wash your hands, you sinners, and purify your hearts, you double-minded.
James 4:8
DailyVerses.net

He is the atoning sacrifice for our sins, and not only for ours but also for the sins of the whole world.
1 John 2:2
DailyVerses.net