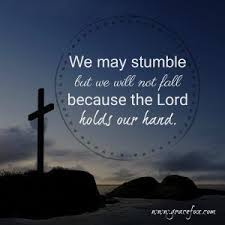 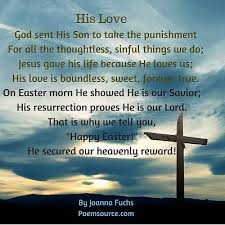 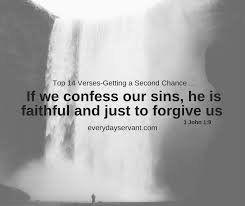 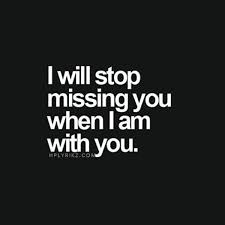 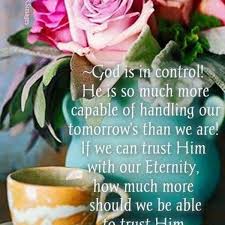 The Gift of a Second Chance 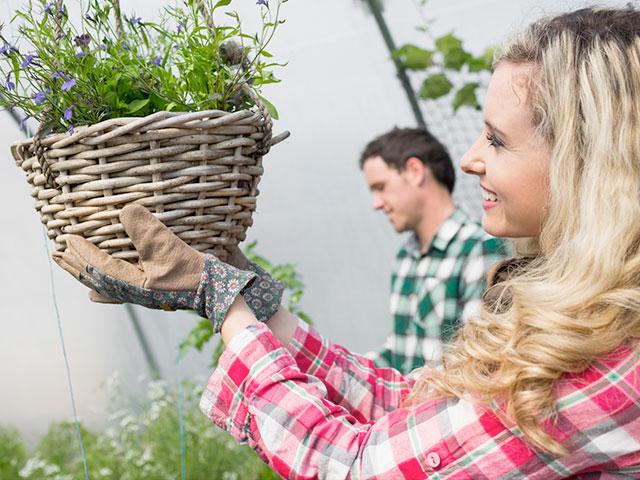 Every day I walked along the concrete walkway that led from our condominium unit to the stairway. And each day I was annoyed by the sight of a bedraggled, overgrown plant hanging over the edge of the walkway above, down to the second floor where I lived at the time.

“Why doesn’t Lois do something about that thing?” I asked half aloud. “It’s an awful sight and it’s practically dead anyway.”

I complained to my husband about it.

I should have listened, but I didn’t.

Later that week, I could no longer resist the urge to clip, clip! So I did. I reached over the railing with my pruning shears and snapped them shut around the ailing limb. It dropped into my free hand and from there I sent it down the trash chute! I felt better–almost heroic. I had put this poor thing out of its misery.

I went on with my day. About 11:00 I returned home from some errands, picked up our mail, and ran up the stairs, suddenly stopped by the sound overhead of a woman crying. Then I heard the soothing words of another woman. I looked up and there stood Lois, my neighbor on the third floor. Her neighbor Nancy stood with her, as the two commiserated about the plant that had been pruned.

I felt like a criminal. My heart pounded so fast, I could hardly talk. But I knew what I had to do. I had to confess or someone else in the building, and I knew who it might be, would receive the blame for something I had done.

I ran up to the third floor, breathless. “Lois,” I said, “I’m the culprit. I’m the one who cut your plant. I’m so sorry. I should have asked first. But I thought it would be okay to prune it a little since it was hanging over the railing all the way down to the second floor…and….”

I couldn’t stop. I was mortified, embarrassed, apologetic, and defensive all at the same time! How right the Bible was in reminding me that

“God opposes the proud but gives grace to the humble.” Proverbs 3:34 (NIV).

Lois stood listening with eyes wide in disbelief. And Nancy didn’t know what to say. I stopped. Lois spoke. She told me how she had worked so hard to get that little plant going. She couldn’t imagine why anyone would be so cruel. Of course she was right. It was a cruel thing to do–even though I didn’t see it that way at the time. I was so caught up in my opinion of what looks good that I took action regardless of how it might affect another person. I certainly did not consult with the Lord about what to do. I simply had done what I wanted to do.

I apologized profusely, hoping Lois would understand that I wasn’t motivated by spite (though I wasn’t sure at that point). I was only tidying things up a bit!

She thanked me for being honest, dried her eyes, and we parted. The rest of the day was pure misery for me–not so much because of the plant. I knew it would keep growing. I hadn’t destroyed it. But I had hurt a neighbor. Someone I like. A person who lives close by.

I couldn’t let it rest. I prayed about what to do. And the Lord spoke clearly. I needed to make amends. There was no second guessing his guidance. I ran downstairs, jumped in the car, and drove directly to the local nursery. I spent some time selecting a beautiful, thriving, flowering plant that looked similar to the one I had cut. I bought it, wrote a note on a card, acknowledging my fault once again, and asking for Lois’ forgiveness.

Within moments of leaving the gift at her doorstep, I received a phone call. Lois accepted my apology and thanked me for such a thoughtful gesture. I was stunned at how easy–and how difficult–that experience had been.

That day had turned out differently than I expected, but still, it had turned out. I had made things right when I had been wrong—by asking for and receiving forgiveness–and in turn, my neighbor did something for me. She, like the Lord, gave me the gift of a second chance.

“But the LORD said to Moses and Aaron, ‘Because you did not trust in me enough to honor me as holy in the sight of the Israelites, you will not bring this community into the land I give them.’” Numbers 20:12 (NIV)

My daughter Noelle and I were giddy with excitement! We were about to see one of our favorite Christian bands in concert. Amazingly, I was able to get backstage passes to meet the band before the concert. I walked up to the special guests table and gave them our names.

The lady looked skeptically at us. “Nope,” she said. “I don’t see your names. You have to have your names on the list to get backstage.”

I quickly texted my contact to try to remedy the problem. The “Promised Land” of going backstage was rapidly closing.

Perhaps this was a small glimpse of how Moses might have felt when he was denied access to the Promised Land. I’m sure he was far more disappointed than we were! We find Moses’ sad tale in Numbers 20. The people of Israel were contending with Moses yet again, wishing they would have died as slaves in Egypt instead of trekking through the wilderness.

God specifically commanded Moses to speak to the rock to bring forth water. Instead, Moses proclaimed, “Listen, you rebels, must we bring you water out of this rock?” (Numbers 20:10b), and he lifted his hand and struck the rock twice with his staff, completely ignoring God’s command to speak to the rock.

Our key verse reveals the consequence of Moses’ disobedience and disbelief: “But the LORD said to Moses and Aaron, ‘Because you did not trust in me enough to honor me as holy in the sight of the Israelites, you will not bring this community into the land I give them’” (Numbers 20:12).

It was a terrible, heartbreaking blow for Moses. There was a list of people — an entire nation — who would walk into the Promised Land. Moses was not on that guest list.

But thankfully, the story doesn’t end there.

Moses might have been denied a backstage pass to the Promised Land, but here he was in full color standing on the mountaintop with Jesus Himself. Moses represented the law, and now here he is with Jesus, the fulfillment of the law.

Moses’ life on earth ended on a disappointing note in Numbers (and in the next book of the Bible, Deuteronomy), but here he stands in the New Testament as a friend of God. What a glorious second chance! There was a very short guest list at the Transfiguration … and Moses was on it.

Maybe you’ve felt left off a “guest list” before. Your marriage isn’t as happy as your friend’s. Or maybe you’re single, and you wish you weren’t. You’ve been passed over for a job promotion that you felt you deserved. You’ve sinned, and you’re not sure how to relate to God now. Take heart. We serve a God of second chances.

By the way, my daughter Noelle and I did get a second chance to get backstage. Our names were added to the list, and we eventually got to meet one of our favorite bands after all. The hassle made that special opportunity even sweeter. Let’s believe God for second chances in life and give thanks ahead of time.

The Gift of a Second Chance

The clock counted down to midnight, and the partygoers cheered the beginning of a new year. While everyone was enjoying themselves, one woman engaged in a moment of self- reflection. “Everyone needs a second chance,” she said.

She was right. We’ve all spoken words we want to take back. We’ve made decisions that we wish we could change. Maybe we look back over our life and are filled with regrets.

God promises a second chance! Zechariah ministered to God’s people as they restarted life in the promised land. He warned the people that if they wanted to thrive in the land, they had to be careful not to repeat the mistakes of their ancestors. So Zechariah called God’s people to a life of repentance. He urged them to renew their commitment to God and his Word. When Israel turned back to God, they would enjoy a renewed relationship with him!

God extends his promise to us as well. We have all failed in the past, but God assures us that repentance brings renewal. When we turn from our sin and look to Christ, God forgives us and gives us a new beginning. We begin to enjoy the presence of God in our life, and we begin to live the way God desires.

Have you discovered the joy that comes from beginning again with God?

A gossip betrays a confidence, but a trustworthy person keeps a secret.
Proverbs 11:13
DailyVerses.net

Give to everyone who asks you, and if anyone takes what belongs to you, do not demand it back.
Luke 6:30
DailyVerses.net

Do not merely listen to the word, and so deceive yourselves. Do what it says.
James 1:22
DailyVerses.net