“Boast no more so very proudly, Do not let arrogance come out of your mouth; For the LORD is a God of knowledge, And with Him actions are weighed.

And there is no creature hidden from His sight, but all things are open and laid bare to the eyes of Him with whom we have to do.

Yet those who wait for the LORD Will gain new strength; They will mount up with wings like eagles, They will run and not get tired, They will walk and not become weary. 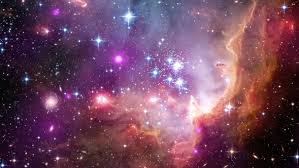 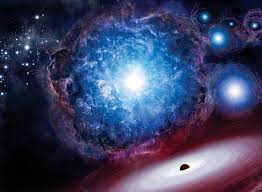 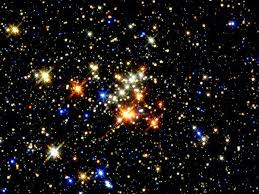 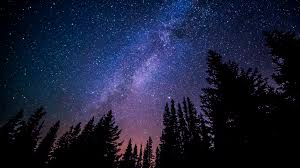 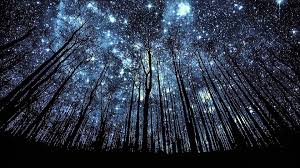 3 When I consider your heavens,
the work of your fingers,
the moon and the stars,
which you have set in place,
4 what is mankind that you are mindful of them,
human beings that you care for them?[a]

5 You have made them[b] a little lower than the angels[c]
and crowned them[d] with glory and honor.

Psalm 36:5-12
Your unfailing love, O Lord, is as vast as the heavens; your faithfulness reaches beyond the clouds. Your righteousness is like the mighty mountains, your justice like the ocean depths (Psalm 36:5-6).

My son and I constructed a model of the solar system in which each planet is aligned near the next. Looking at this contraption, one might think that real planets aren’t very far from each other. But that’s not the case: if the Sun was the size of a basketball, the bb-sized Earth would be located 31 yards away, and the small planetoid Pluto would be 1,232 yards away! The distances between planets are vast, almost beyond our ability to comprehend.

In Psalm 36, David wrote, “Your unfailing love, O Lord, is as vast the heavens; your faithfulness reaches beyond the clouds. Your righteousness is like the mighty mountains, your justice like the ocean depths” (Psalm 36:5-6). But the full impact of these descriptions can be lost on modern-day people, because astronauts have soared into the skies and beyond, climbers have scaled the highest mountains, and oceanographers have plumbed the depths of the oceans. So hearing God’s attributes described in this way might not immediately communicate to us the wonder of who He is.

But in David’s age, all of these locations were completely unknown—no one of his time knew what was truly in the heavens and beyond or what lay in the great ocean depths. David was stating that God’s love is incomprehensibly big, like the vast uncharted regions of space. As the apostle Paul wrote in Ephesians 3, it’s a love that surpasses knowledge. What an astounding thought—as vast as human knowledge and intellect are, they’re incapable of fully grasping God’s faithfulness, righteousness, justice, and love.

What’s even more astounding is that this infinite God is on our side—and if such an incomprehensibly wonderful God is for us, who can be against us? (Romans 8:31)

Does He Know Me?

When I have sadly misunderstood Him? (see John 20:11-18). It is possible to know all about doctrine and still not know Jesus. A person’s soul is in grave danger when the knowledge of doctrine surpasses Jesus, avoiding intimate touch with Him. Why was Mary weeping? Doctrine meant no more to her than the grass under her feet. In fact, any Pharisee could have made a fool of Mary doctrinally, but one thing they could never ridicule was the fact that Jesus had cast seven demons out of her (see Luke 8:2); yet His blessings were nothing to her in comparison with knowing Jesus Himself. “…she turned around and saw Jesus standing there, and did not know that it was Jesus….Jesus said to her, ‘Mary!’ ” (John 20:14, 16). Once He called Mary by her name, she immediately knew that she had a personal history with the One who spoke. “She turned and said to Him, ‘Rabboni!’ ” (John 20:16).

When I have stubbornly doubted? (see John 20:24-29). Have I been doubting something about Jesus— maybe an experience to which others testify, but which I have not yet experienced? The other disciples said to Thomas, “We have seen the Lord” (John 20:25). But Thomas doubted, saying, “Unless I see…I will not believe” (John 20:25). Thomas needed the personal touch of Jesus. When His touches will come we never know, but when they do come they are indescribably precious. “Thomas…said to Him, ‘My Lord and my God!’ ” (John 20:28).

When I have selfishly denied Him? (see John 21:15-17). Peter denied Jesus Christ with oaths and curses (see Matthew 26:69-75), and yet after His resurrection Jesus appeared to Peter alone. Jesus restored Peter in private, and then He restored him publicly before the others. And Peter said to Him, “Lord…You know that I love You” (John 21:17).

Do I have a personal history with Jesus Christ? The one true sign of discipleship is intimate oneness with Him— a knowledge of Jesus that nothing can shake.

Epiphany from the Rubble But the Lord has become my fortress, and my God the rock in whom I take refuge. Psalm 94:22 (NIV)

Three hundred and forty seven homes burned in the Waldo Canyon Fire of Colorado. Mine was one of them. The landscape looked like a war zone. The once beautiful trees were skeletons surrounded by charred rubble. “At least I have my rocks,” I thought, “they can be part of my new landscape after the debris is removed.”

I was thankful I could arrange the boulders in my new yard because they were all that remained. Propping my foot up on a boulder, I discussed plans with the landscaper. I noticed a crack and looked closer. I tapped with my foot and part of the boulder broke off. Looking closer, I saw a larger crack. I kicked the rock and it split in half. Shocked, I stomped it over and over again until it crumbled to little pieces. Disbelief saturated me as I tried each rock to see if they would crumble. They all did. I wilted to my knees feeling the loss of my home all over again. Rocks were supposed to be symbolic of solidarity and something that would stand the test of time, but even the rocks didn’t make it. It was a visual epiphany. Rocks don’t burn, right? Well, mine did. The heat ruined the integrity of the rocks.

Out of the shattered rocks came the reminder of the Truth. There is only one Rock that stands the test of fire and time: The Lord. Without the Lord, I would be lost, like the boulders that crumbled beneath my feet. I knew this to be true in my head, but now I saw the Truth with my own eyes.

Praise our God, all peoples, let the sound of his praise be heard; he has preserved our lives and kept our feet from slipping. For you, God, tested us; you refined us like silver. You brought us into prison and laid burdens on our backs. You let people ride over our heads; we went through fire and water, but you brought us to a place of abundance. Psalm 66:8-12 (NIV)

Seek good, not evil, that you may live. Then the Lord God Almighty will be with you, just as you say he is.
Amos 5:14
DailyVerses.net