The Lord is with us. Do not be afraid of them. 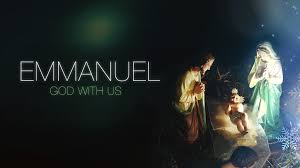 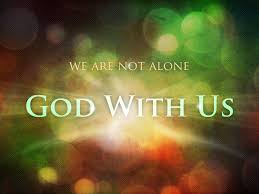 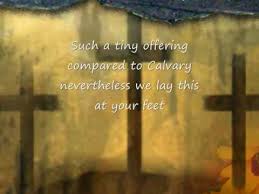 “Therefore, I urge you, brothers, in view of God’s mercy, to offer your bodies as living sacrifices, holy and pleasing to God—this is your spiritual act of worship.” Romans 12:1

When I travel, wake-up calls are really important! More than once I have registered my wake-up time with the hotel desk confident that they would call right on time. Well, you know the rest of the story. Rolling over and looking at the clock only to realize that you’ll never make the morning meeting on time is not a great way to start the day!

So here’s a wake-up call that will help you get your day (and the rest of your life) on track for God. If you are not wide awake spiritually, you may find that you have been robbed blind of the most important treasure you have: your mind and the way you think!

Os Guinness tells a great story about a Russian factory worker in the days when Khrushchev was the prime minister. Because of the enormous economic strain in those days, employees would steal tools and just about anything else they could get their hands on. To stop the thefts, a KGB officer was placed at every factory gate where each worker was carefully searched for contraband. Petrov, a long-time laborer, pushed a wheelbarrow loaded with two large sacks of sawdust out the factory doors every day. Each day the guard searched through the sacks of sawdust but consistently found nothing. Weeks into this routine the frustrated guard finally said,“Hey, Petrov, I promise not to tell anybody. I can’t get what’s going on here. I don’t know why you need all this sawdust. What are you stealing?”Petrov grinned and whispered, “Wheelbarrows.”

Os Guinness makes this probing conclusion: “While we’ve been inspecting bags of sawdust, Satan has been stealing our minds.” What a great insight! And while how we behave—keeping all the rules and all the fuss over politics, abortion, and gay agendas—is not sawdust, it is easy to get sidetracked by the issue du jour while letting “control central” slip into thought patterns that quite frankly aren’t anything like God’s thoughts at all. This is no small issue. God’s Word says that as a man thinks in his heart, so is he (Proverbs 23:7

). I have always been taken aback by Jesus’ reproof of the religious folk of His day, when He said, “These people honor me with their lips, but their hearts are far from Me” (Matthew 15:8

Paul gets it right when he informs us that the key issue in growth and transformation is the renewing of our minds, not just the mental activity of stacking up huge stores of biblical data. If that’s all we have we soon become proud and judgmental. We are to train our minds to think God’s thoughts after Him. To think the way He does about the poor and the oppressed. To think His thoughts about our enemies and those who have used and abused us. To let His thoughts honestly evaluate the lame stuff we pile up in our hearts. To think His thoughts about our money, time, family, job, and all other aspects of our lives.

After years of marriage, I find that increasingly my wife Martie and I think a lot alike. I can almost complete her sentences. After years of being a Christian, you would think that one should almost instinctively know His mind about nearly everything! But unfortunately that is often not the case, because Satan has been stealing us blind of our greatest treasure: the way we think!

Have You Felt the Pain Inflicted by the Lord?

Have you ever felt the pain, inflicted by the Lord, at the very center of your being, deep down in the most sensitive area of your life? The devil never inflicts pain there, and neither can sin nor human emotions. Nothing can cut through to that part of our being but the Word of God. “Peter was grieved because He said to him the third time, ‘Do you love Me?’ ” Yet he was awakened to the fact that at the center of his personal life he was devoted to Jesus. And then he began to see what Jesus’ patient questioning meant. There was not the slightest bit of doubt left in Peter’s mind; he could never be deceived again. And there was no need for an impassioned response; no need for immediate action or an emotional display. It was a revelation to him to realize how much he did love the Lord, and with amazement he simply said, “Lord, You know all things….” Peter began to see how very much he did love Jesus, and there was no need to say, “Look at this or that as proof of my love.” Peter was beginning to discover within himself just how much he really did love the Lord. He discovered that his eyes were so fixed on Jesus Christ that he saw no one else in heaven above or on the earth below. But he did not know it until the probing, hurting questions of the Lord were asked. The Lord’s questions always reveal the true me to myself.

Oh, the wonder of the patient directness and skill of Jesus Christ with Peter! Our Lord never asks questions until the perfect time. Rarely, but probably once in each of our lives, He will back us into a corner where He will hurt us with His piercing questions. Then we will realize that we do love Him far more deeply than our words can ever say.

The one who gets wisdom loves life; the one who cherishes understanding will soon prosper.
Proverbs 19:8
DailyVerses.net