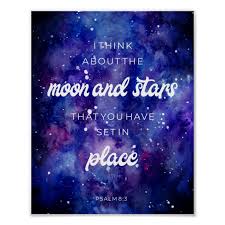 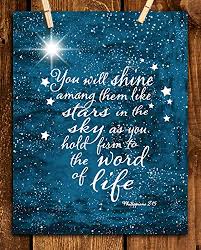 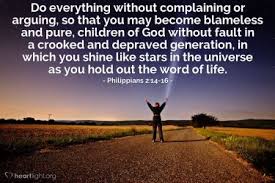 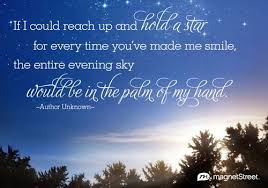 Diamonds in the Night 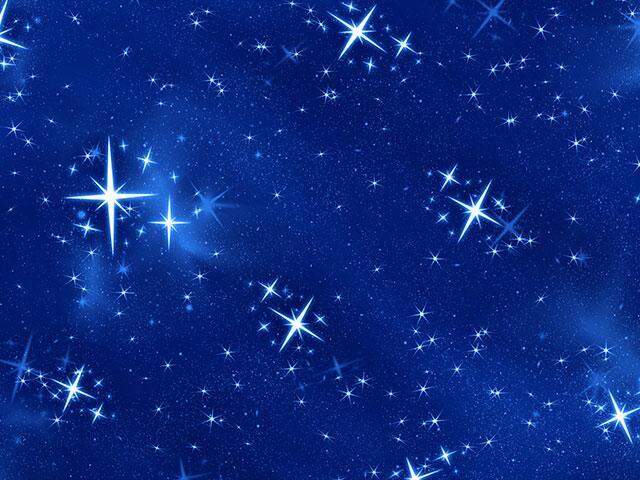 Have you noticed the stars lately? Taken the time to look up? Shining above us, they silently declare their obedience with stationary positions. The sky is endless — God’s blackboard of promises. It’s also the venue displaying His glory. I don’t know about you, but my night sky gets cloudy from time to time. Obscured by stormy circumstances, I lose sight of God’s tailored plan.

Clouds shrouded Abram’s view too. Dedicated to God and the original pattern of a surrendered life, like me, he felt a questioning that ebbed and flowed with passing years. The Bible reveals how God unwrapped His secret plans to this committed servant.

And He took him outside and said, “Now look toward the heavens, and count the stars, if you are able to count them.” And He said to him, “So shall your descendants be” (Genesis 15:5 NASB).

Sparkling diamonds against black velvet skies. Stars used to tally a new nation. Abram stared up in wonderment as celestial promises were made regarding his posterity. From the expanse of heaven, Israel twinkled down, illuminating the darkness. Holy astronomy.

Sometimes, I stay indoors too long. Life’s demands keep me busy. So busy, that I’m focused inward with restricted vision; trained only on what’s before me. Like He did with Abram, I’m led outside, into the fresh air of purpose and inhale deeply. My eyes need adjusting to the view. His view. I’m invited to leave earth’s confines and move freely about God’s domain. Everything looks different from this vantage point. Suddenly, what appeared as insurmountable problems are now reduced to manageable sizes. Worries and concerns melt away in God’s majestic presence. Weights and pressures drug about like millstones become airborne as His faithfulness envelops me. My outlook assumes His, and I find myself lying down once more in His contented green pastures.

There are times the Lord must take us outside and separate us from what has become our routine, to look up instead of down, and reestablish His pristine rhythm. He must change the status quo and shift the gear for our acceleration. After all, His reputation is on the line. Over the decades of knowing Him personally, I’ve received numerous promises from Him. Hope for things unseen, yet authorized for fulfillment. A hallowed “Purchase Order” already in hand but the transaction incomplete. In this silent interim, we grow. Likened to pregnancy, each month, each trimester brings us closer to birth. We are secluded inside our tent. Waiting on a word we sometimes question will manifest. It’s easy to believe the promise, but what about the prolonged delivery?

“Not one of the good promises which the LORD had made to the house of Israel failed; all came to pass.” (Joshua 21:45 NASB)

Just like Abram, we must exit our tents and look up toward heaven, counting the innumerable. For unless we’re willing to change our geography and go outside, we’ll never see the stars. Our destiny is not inside the dusty tent, but rather in the open and displayed above us. God intentionally chooses the dark to reveal His light. Have you tried looking at the stars in the daylight? It’s in the dark, the secret places, that the Lord shines brightest and we see Him clearest. None are tasked to find stars at noon, only to exit our pre-conceived expectations that often lead to misunderstanding God’s movements. Without that shift, our purpose is hidden in plain sight and we can become hopeless. Or worse, think that God has stopped working on our behalf. He hasn’t. It’s all about perfect timing. We simply need to unfold that yellowed, dog-eared paper and reread our personal promises. After all, time crawled long before Isaac ever did. Let God take you outside. Maybe it’s time the two of you went stargazing again. 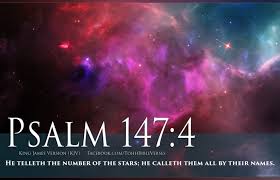 Whenever a Christian backslides, his wandering commences in his closet. I speak what I have felt. I have often gone back from God—never so as to fall finally, I know, but I have often lost that sweet savour of his love which I once enjoyed. I have had to cry:

“What peaceful hours I once enjoyed! How sweet their memory still!
But they have left an aching void, The world can never fill.”

I have gone up to God’s house to preach, without either fire or energy; I have read the Bible, and there has been no light upon it, I have tried to have communion with God, but all has been a failure. Shall I tell you where that commenced? It commenced in my closet. I had ceased, in a measure, to pray. Here I stand, and do confess my faults; I do acknowledge that whenever I depart from God it is there it begins. Oh Christians, would you be happy? Be much in prayer. Would you be victorious? Be much in prayer.

Mrs Berry used to say, “I would not be hired out of my closet for a thousand worlds.” Mr Jay said, “If the twelve apostles were living near you, and you had access to them, if this intercourse drew you from the closet, they would prove a real injury to your souls.” Prayer is the ship which brings home the richest freight. It is the soil which yields the most abundant harvest. Brother, when you rise in the morning your business so presses, that with a hurried word or two, down you go into the world, and at night, jaded and tired, you give God the fag end of the day. The consequence is, that you have no communion with him.

For meditation: Jonah’s backsliding was accompanied by a total lack of prayer, even when pagans were trying to pray (Jonah 1:5,6,14). God sometimes resorts to drastic measures to bring the believer back to himself and to prayer (Jonah 2:1).

Streams in the Desert – March 25 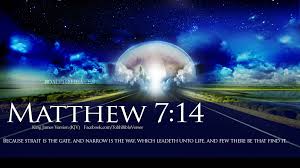 But without faith it is impossible to please him: for he that cometh to God must believe that he is, and that he is a rewarder of them that diligently seek him.” (Heb. 11:6).

We all need faith for desperate days. The Bible is full of such days. Its record is made up of them, its songs are inspired by them, its prophecy is concerned with them, and its revelation has come through them. The desperate days are the stepping-stones in the path of light. They seem to have been God’s opportunity and man’s school of wisdom.

There is a story of an Old Testament love feast in Psalm 107, and in every story of deliverance the point of desperation gave God His chance. The “wit’s end” of desperation was the beginning of God’s power.

Recall the promise of seed as the stars of heaven, and as the sands of the sea, to a couple as good as dead. Read again the story of the Red Sea and its deliverance, and of Jordan with its ark standing mid-stream. Study once more the prayers of Asa, Jehoshaphat, and Hezekiah, when they were sore pressed and knew not what to do. Go over the history of Nehemiah, Daniel, Hosea, and Habakkuk. Stand with awe in the darkness of Gethsemane, and linger by the grave in Joseph’s garden through those terrible days. Call the witnesses of the early Church, and ask the apostles the story of their desperate days.

Desperation is better than despair. Faith did not make our desperate days. Its work is to sustain and solve them. The only alternative to a desperate faith is despair, and faith holds on and prevails.

There is no more heroic example of desperate faith than that of the three Hebrew children. The situation was desperate, but they answered bravely, “Our God whom we serve is able to deliver us from the burning, fiery furnace; and he will deliver us out of thine hand, O king. But if not, be it known unto thee, O king, that we will not serve thy gods, nor worship the golden image which thou hast set up.” I like that, “but if not !”

I have only space to mention Gethsemane. Ponder deeply its “Nevertheless.” “If it is possible…nevertheless!” Deep darkness had settled upon the soul of our Lord. Trust meant anguish unto blood and darkness to the descent of hell–Nevertheless! Nevertheless!

Now get your hymn book and sing your favorite hymn of desperate faith.
–Rev. S. Chadwick

When obstacles and trials seem
Like prison walls to be,
I do the little I can do
And leave the rest to Thee.
And when there seems no chance, no change,
From grief can set me free,
Hope finds its strength in helplessness,
And calmly waits for Thee.

How do we advance in our careers? How do we receive the recognition we think we deserve? For many, the logical strategy is through self-promotion and bringing attention to ourselves. Seeking credit for successes and pointing the blame at others for failures are other strategies often employed for advancement.

It’s being sure others know us by name and being aggressive to lobby for the best seat, the greatest rewards. The Bible describes these attitudes as claiming honor “in the presence of the king.”

But the Bible gives us another, godlier model: to have the attitude of a servant in everything we do, to seek to serve God and others with a selfless attitude. We are not to be proud or focus on ourselves but to stay humble. We are always to work as unto the Lord, being sure that He is pleased with what we do and how we do it.

Remember that others may see outward appearances, but God looks at your heart. Remember to seek first His kingdom. Sow seeds with the gifts and talents you have been given. Be confident that He will provide all you need and bless you abundantly.

For all have sinned and fall short of the glory of God, and all are justified freely by his grace through the redemption that came by Christ Jesus.
Romans 3:23-24
DailyVerses.net

But he was pierced for our transgressions, he was crushed for our iniquities; the punishment that brought us peace was on him, and by his wounds we are healed.
Isaiah 53:5
DailyVerses.net