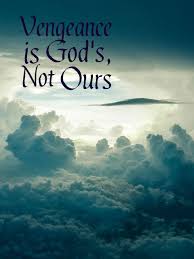 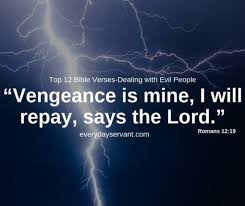 “Look carefully then how you walk, not as unwise but as wise, making the best use of the time, because the days are evil. Therefore do not be foolish, but understand what the will of the Lord is.” Ephesians 5:15-17 ESV

Each of our lives is a precious story that must be shared, so the world will never forget our unique chapter of God’s great story. Every page of history is a page of His-story. September 11th is a day on which Americans patriotically declare, “We must never forget!” September 11, 2001, left a deep irrevocable impression on me, but not necessarily for patriotic reasons.

After working for years in the modeling industry, I decided I wanted to pursue a career less compromising to my faith in Jesus Christ. So, I moved on to a new chapter in my life, pursuing a new business I deeply enjoyed. All the while, I knew God was calling me to do something more for His Kingdom. I knew He wanted me to share my testimony of His love and forgiveness with other women, but I was afraid. As a person who had always received a great deal of my self-worth from excelling academically, my past as a model was embarrassing.

How on earth could God take something so vain and worldly and use it for His glory? I wanted to be remembered for something more than great skincare and makeup skills. So, I threw myself into my new business and ignored His call to step out in faith and fulfill my Kingdom purpose.

On the morning of September 11, 2001, I was standing in the living room of a co-worker and friend, when the newscaster announced that two airplanes had crashed into the Twin Towers. We watched as the towers fell, instantaneously inducing a mass exodus of souls into eternity – many having never placed their faith in Jesus Christ.

My friend was not a believer and could not possibly fathom what I did next. I handed her my briefcase, containing the entire infrastructure of the business I had allowed to consume my life – and walked away. God had gotten my attention. This world is full of people who are lost, dying, and going to Hell for all eternity without the gospel of Jesus Christ. My response had been so pathetically inadequate. But, no more.

None of those people could possibly have known the morning of September 11th would be the final page of their story. If they had known, I wonder if they would have filled the page with a different ending.

None of us know how many pages are left in our own story. If we treated each page of each new day as if it was our last, would it have a different ending?

If we poured ourselves and our testimonies of God’s salvation and faithfulness onto the pages of other people’s lives, would their stories have a different ending?

How will the final pages of your story end?

Sin threatens to destroy each of our lives. Whatever ending we choose in this life will determine the pages of our eternity. Jesus died to save the world from sin and Hell. He offers an alternate ending filled with pages of abundant life to be shared with anyone and everyone who will listen. He has called us to be:

“… children of God without blemish in the midst of a crooked and twisted generation, among whom you shine as lights in the world.” Philippians 2:15 ESV

We must never forget.

“Where were you when 9/11 happened?” This is a question that seems to come up in discussions every once in awhile. I think it’s because we all realize that, though we may not have known it at the time, almost all of us now remember vividly what we were doing the moment we found out about the horrific terrorist attacks on September 11, 2001.

Eighteen years later, I still have a clear memory of sitting in my fourth grade class. My teacher had a somber look on his face as he told us that school was being let out early and all extra-curricular activities for the day were cancelled. The classroom became abuzz with questions of what happened, to which our teacher replied, “Your parents will tell you.”

I remember being surprisingly angry at my teacher in that moment–if this was such a big deal, why couldn’t he tell us what happened?

At the eighteenth anniversary of this tragic day, I think I know why so many of us recall 9/11 so vividly and why it has impacted us so greatly: it’s the power of a shared experience.

And as the after-effects of Hurricane Harvey currently continue to wreak havoc on southeast Texas, I’m reminded that even tragedies and terrible disasters, whether manmade or acts of God, have great power to unite people and to dispel differences.

“You hide them in the secret place of Your presence … You keep them secretly in a shelter … Blessed be the Lord, for He has made marvelous His lovingkindness to me.” – Psalm 31:20-21 NASB

Ellen Goreh’s early life was tumultuous. After her mother died when she was three months old, Ellen was adopted by a man who later lost his property. Then, she became part of the family of Reverend W.T. Storrs. Born on this day in 1853 in Benares, India, she moved with the Storrs family to England, where she lived until 1880 when she returned to India.

Throughout these years, she learned to love spending time alone with her Savior. She expressed these insights in a poem called “In the Secret of His Presence.”

It was there with Jesus that her soul could hide. She wrote, “Oh, how precious are the lessons which I learn at Jesus’ side!” Her earthly cares faded away as she shared with Him all her doubts, griefs, and fears.

She felt refreshed when she was with Jesus, and they held “communion sweet.” But He also taught her many things and revealed sins in her life. She wanted everyone to enter this secret place.

Just “go and hide beneath His shadow,” she urged, knowing that those who did would be changed. After this poem was published, it became a hymn that has been sung throughout the world. Its message still is true today.

Right now, Jesus waits for you in the secret place. Spend time alone with Him. Let Him refresh you. Teach you. Guide you. Take away your burdens. And give you His peace.

The clean and the unclean

‘Speak unto the children of Israel, saying, These are the beasts which ye shall eat among all the beasts that are on the earth. Whatsoever parteth the hoof, and is cloven footed, and cheweth the cud, among the beasts, that shall ye eat.’ Leviticus 11:2–3

There are two tests, but they must both be united. The beast that was clean was to chew the cud: here is the inner-life; every true-hearted man must know how to read, mark, learn, and inwardly digest the sacred Word. The man who does not feed upon gospel truth is no heir of heaven. You must know a Christian by his inwards, by that which supports his life and sustains his frame. But then the clean creatures were also known by their walk. The Jew at once discovered the unclean animal by its having an undivided hoof; but if the hoof was thoroughly divided, then it was clean, provided that it also chewed the cud. So there must be in the true Christian a peculiar walk such as God requires. You cannot tell a man by either of these tests alone; you must have them both. But while you use them upon others, apply them to yourselves. What do you feed on? What is your habit of life? Do you chew the cud by meditation? When your soul feeds on the flesh and blood of Christ have you learned that his flesh is meat indeed, and that his blood is drink indeed? If so ’tis well. What about your life? Are your conversation and your daily walk according to the description of believers in Christ which is given in the Word? If not, the first test will not stand alone. You may profess the faith within, but if you do not walk aright without, you belong to the unclean. On the other hand, you may walk aright without, but unless there is the chewing of the cud within, unless there is a real feeding upon precious truth in the heart, all the right walking in the world will not prove you to be a Christian.