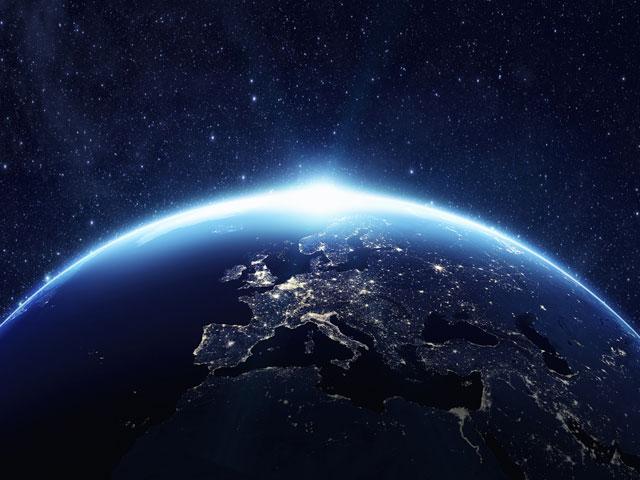 All of collective humanity, throughout all time and every age, at some point and time is on an eternal quest to find some meaning or reason for our existence. We are each, in our own way, driven to find the true meaning of life.

To the hedonist, life is seen as finding its greatest meaning or reward through some new source of pleasure. Pleasure to those so-minded is in and of itself a reason for existence. Yet one can never find true meaning in this way; for in the final analyses, the lust for some new experience is both its own reward and curse. The senses become overwhelmed by the pleasure of sensation in whatever form it may take. Lust in all its forms only gives birth to greater lust, and this in and of itself is only a form of slavery. Cursed indeed are those who find themselves enslaved to their passions.

We have all known the pain or sorrows of life: the loss of a loved one, the pain of sickness or disease, that hopeless desperate feeling engendered from within the human heart, that for whatever reason leaves us feeling isolated, alone, and out of control. What human soul has never experienced the helpless feelings of desperation that such times bring? At such times our hearts are gripped with fear as the very ground of our existence becomes shaken to the core.

If life teaches us anything it is that it is constantly changing. One can never be sure what is coming. Things are never all bad or good. Our lives are like train tracks for side by side we face both the challenges of pain and sorrow alongside the wellsprings of hope and meaning. I would submit to you that we all have that great fundamental need to find some reason that goes beyond ourselves for our existence and meaning.

I would submit to you that what we are all looking for is not to be found from within our own hearts or life experience. The human soul is capable of being puffed up by an overestimation of our own worth or pulled down by the weights and sometimes the emotional and physical chains that life brings.

The eternal quest for meaning is a search for relationship that goes beyond ourselves. God the Father sent his son Jesus Christ to die in our stead; that by his resurrection we would, through the Son, find ourselves not just forgiven, but also connected to the heart of Father God. I can look back over the decades of my life’s experience and in so many ways and forms have had him touch my life. He shows his love in so many ways. The wonder of every new sunset and the beauty with which he paints the buttercup are both divine examples of the heart of Father God.

I have known the joy of having him touch my heart with the joy of his presence. God touches and moves on each human heart in so many diverse ways. We can be in a time of praise and adoration with thousands of others in a service. Yet as I reflect back on such times his touch has always brought with it that internal realization that he moves on each one of our hearts one at a time. Even in a crowd, that relationship with him is what matters.

My heart is warmed in quiet reflection as I bring to my recollection how many ways he touches our lives. Yet with every new revelation, with every new awakening within my heart and the body of Christ, what we are on is a quest to know His heart. No one moves my heart and thirsty soul as He does; He and only He can bring into your life true meaning.

I say to myself, “The LORD is my inheritance; therefore, I will hope in him!” (Lamentations 3:24)

Genesis 19:12-14 (NIV) 12The two men said to Lot, “Do you have anyone else here–sons-in-law, sons or daughters, or anyone else in the city who belongs to you? Get them out of here, 13because we are going to destroy this place. The outcry to the LORD against its people is so great that he has sent us to destroy it.” 14So Lot went out and spoke to his sons-in-law, who were pledged to marry his daughters. He said, “Hurry and get out of this place, because the LORD is about to destroy the city!” But his sons-in-law thought he was joking.

Angels had come to deliver Lot from the city of Sodom before it was destroyed. The angels were willing to deliver all those related to Lot. I wonder if the outcry to the LORD against its people was from the citizens of Sodom. Man is so obtuse that he can complain to God about the consequences of his own actions and those of others doing the same things. Sin has a way of torturing those it has mastered. The people refused to be freed from the sin by forsaking it. To stop the misery that sin caused, the people had to have their lives cut short.

Lot warned his sons-in-law of the impending doom, but they seemed to think he was joking. Why wouldn’t they take him seriously? Was it because Lot’s life was so compromised that they couldn’t imagine he would be the special recipient of an angelic mercy mission? After all, he sat in the gate as an official of Sodom, and he probably joked around with the best of them. He probably fit right in since he had become a judge. I believe his compromised life caused his message to sound like a joke.

There is a no less serious judgment coming on all the earth (2 Peter 3:7). We have been given a message and a chance to go out and warn others too. When they see our lives, do they consider our message a joke? Or do our lives add credence to our message? The way we live will add power to, or detract from, the message. Let us live in such a way as to add conviction to the words we speak so that others may be spared from the impending wrath of God.

Consider: Does my life backup the message?

Streams in the Desert – January 19

“Go to the ant.” Tammerlane used to relate to his friends an anecdote of his early life. “I once,” he said, “was forced to take shelter from my enemies in a ruined building, where I sat alone many hours. Desiring to divert my mind from my hopeless condition, I fixed my eyes on an ant that was carrying a grain of corn larger than itself up a high wall. I numbered the efforts it made to accomplish this object. The grain fell sixty-nine times to the ground; but the insect persevered, and the seventieth time it reached the top. This sight gave me courage at the moment, and I never forgot the lesson.
–The King’s Business

Prayer which takes the fact that past prayers have not been answered as a reason for languor, has already ceased to be the prayer of faith. To the prayer of faith the fact that prayers remain unanswered is only evidence that the moment of the answer is so much nearer. From first to last, the lessons and examples of our Lord all tell us that prayer which cannot persevere and urge its plea importunately, and renew, and renew itself again, and gather strength from every past petition, is not the prayer that will prevail.
–William Arthur

Rubenstein, the great musician, once said, “If I omit practice one day, I notice it; if two days, my friends notice it; if three days, the public notice it.” It is the old doctrine, “Practice makes perfect.” We must continue believing, continue praying, continue doing His will. Suppose along any line of art, one should cease practicing, we know what the result would be. If we would only use the same quality of common sense in our religion that we use in our everyday life, we should go on to perfection.

The motto of David Livingstone was in these words, “I determined never to stop until I had come to the end and achieved my purpose.” By unfaltering persistence and faith in God he conquered.

“Enthusiasm without knowledge is no good; haste makes mistakes. People ruin their lives by their own foolishness and then are angry at the Lord.” – Proverbs 19:2-3 NLT

Standing in a courtroom, a celebrity refused to acknowledge the jury’s verdict. He didn’t think he could possibly have been guilty. From his perspective, the fault was with society and the motives of his accusers. The judge and jury were biased. He demonstrated a common response to problems: blaming others for things we have done, painting ourselves as victims.

Among history’s examples, Roman Emperor Nero (incorrectly) blamed Christians for the fire that burned much of Rome in 64 AD. Adam blamed Eve for his sin, and Eve blamed the serpent (Genesis 3). As an ultimate expression of this pattern, many blame God for their problems and problems in the world.

The Bible encourages us to be honest with God about things we don’t understand. But we always must remember our responsibilities and the impact of our decisions and what happens when we ignore God’s Word. When we fail to remember the fundamental rule, we reap whatever we sow.

Remember, you can do things His way or go your own way. Commit your challenges to Him. Seek to be guided by His Word and led by His Spirit. Always embrace your responsibilities. Ask God to give you discernment.