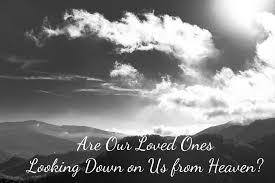 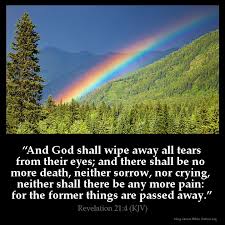 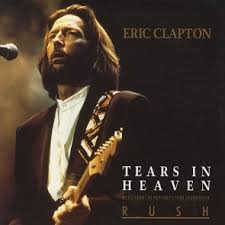 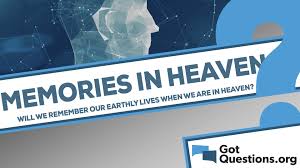 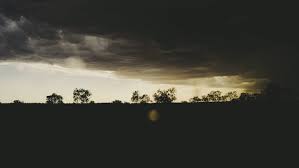 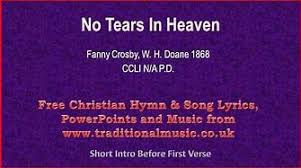 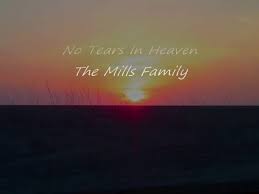 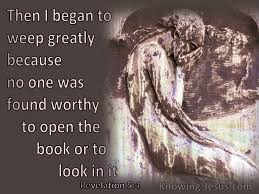 Every Tear Will Disappear 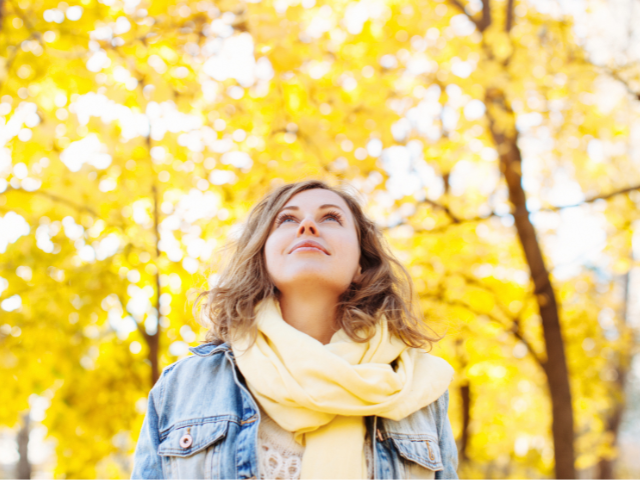 He will wipe every tear from their eyes. There will be no more death or mourning or crying or pain, for the old order of things has passed away. (Revelation 21:4)

He has also set eternity in the human heart… (Ecclesiastes 3:11)

I was listening to a song recently called “Getting Ready” by Maverick City Music. The song has exquisite lyrics in it that paint pictures of Jesus’ return — His coming on the clouds, returning for His Bride, the church.

Honestly, the song and the imagery that it conjured up in my mind caused me to become very emotional as I realized that I do truly long to see Jesus, face to face. My Savior. My love.

The Bible tells us that God has placed eternity in the human heart. This means that, until we reach our final destination of heaven, there will always be a longing in us. Perhaps even a discomfort or ache.

But another promise in the Bible is that all that pain, sorrow, and grief will be wiped away. Gone forever. How wonderful!

If you are in a season of testing or trial, may I encourage you that once you have surrendered your life to Jesus, you have an eternal destiny that will far outweigh anything you could ever dream of.

I do not know what heaven will be like any more than the next person. But what I do know is that the promises in the book of Revelation are magnificent and that our good, good Father God will not disappoint us.

We will not have journeyed this Christian life in vain.

Prayer: Father, as we look ahead, getting ourselves ready for Your return and longing for the day when we get to see you face to face, I pray that You will help us to tread this narrow path with honor, integrity and authenticity. May we never forget that we have a heavenly inheritance waiting for us and may we make it our life’s work to glorify Your name. In Jesus’ name, amen.

“His name shall be called Wonderful.” Isaiah 9:6

It is just the simple name that he deserves. They that know him best will say that the word does not overstrain his merits, but rather falls infinitely short of his glorious deserving. His name is called Wonderful. And mark, it does not merely say, that God has given him the name of Wonderful—though that is implied; but “his name shall be called” so. It shall be; it is at this time called Wonderful by all his believing people, and it shall be. As long as the moon endures, there shall be found men, and angels, and glorified spirits, who shall always call him by his right name. “His name shall be called Wonderful.” I find that this name may bear two or three interpretations. The word is sometimes in Scripture translated “marvellous.” Jesus Christ may be called marvellous; and a learned German interpreter says, that without doubt, the meaning of miraculous is also wrapt up in it. Christ is the marvel of marvels, the miracle of miracles. “His name shall be called Miraculous,” for he is more than a man, he is God’s highest miracle. “Great is the mystery of godliness; God was manifest in the flesh.” It may also mean separated, or distinguished. And Jesus Christ may well be called this; for as Saul was distinguished from all men, being head and shoulders taller than they, so is Christ distinguished above all men; he is anointed with the oil of gladness above his fellows, and in his character, and in his acts, he is infinitely separated from all comparison with any of the sons of men. “Thou art fairer than the children of men; grace is poured into thy lips.” He is “the chief among ten thousand and altogether lovely.” “His name shall be called the Separated One,” the distinguished one, the noble one, set apart from the common race of mankind.

For meditation: It is not possible to exaggerate when we speak of the Lord Jesus Christ—the one who is to be called Saviour, Son and Sinless (Luke 1:31-35)—no less than “God with us” (Matthew 1:21-23).

Streams in the Desert – September 19

It is comforting to think of trouble, in whatever form it may come to, us, as a heavenly messenger, bringing us something from God. In its earthly aspect it may seem hurtful, even destructive; but in its spiritual out-working it yields blessing. Many of the richest blessings which have come down to us from the past are the fruit of sorrow or pain. We should never forget that redemption, the world’s greatest blessing, is the fruit of the world’s greatest sorrow. In every time of sharp pruning, when the knife is deep and the pain is sore, it is an unspeakable comfort to read, “My Father is the husbandman.”

Doctor Vincent tells of being in a great hothouse where luscious clusters of grapes were hanging on every side. The owner said, “When my new gardener came, he said he would have nothing to do with these vines unless he could cut them clean down to the stalk; and he did, and we had no grapes for two years, but this is the result.”

There is rich suggestiveness in this interpretation of the pruning process, as we apply it to the Christian life. Pruning seems to be destroying the vine, the gardener appears to be cutting it all away; but he looks on into the future and knows that the final outcome will be the enrichment of its life and greater abundance of fruit.

There are blessings we can never have unless we are ready to pay the price of pain. There is no way to reach them save through suffering.
–Dr. Miller

Praying to Our Sovereign God

God gives us the privilege of participating in His work here on earth.

Prayer is the heartbeat of the believer’s walk with God, and He commands us to pray about everything (Philippians 4:6). But we sometimes wonder what kind of influence our conversations with the Lord really have, and we find ourselves asking the following two questions:

These truths reveal the Lord’s grace toward believers. He doesn’t need us, yet He’s chosen to include us in His eternal purposes by letting us participate in His work through prayer. Though we may not understand the influence our prayers have, we know God chooses to use them in achieving His purposes.

So keep praying. Being consistent in prayer helps maintain a sense of humble dependence upon the Lord. And answered prayer produces increasing trust in Him, along with greater gratitude for His sovereign care and protection.

Do not conform to the pattern of this world, but be transformed by the renewing of your mind. Then you will be able to test and approve what God’s will is—his good, pleasing and perfect will.
Romans 12:2
DailyVerses.net

The Lord is with me; I will not be afraid. What can mere mortals do to me?
Psalm 118:6
DailyVerses.net