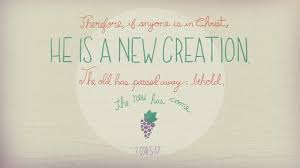 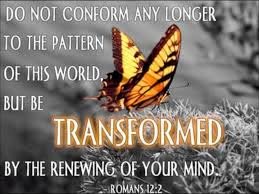 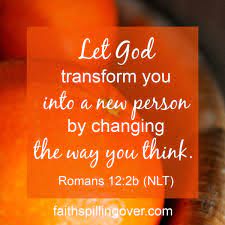 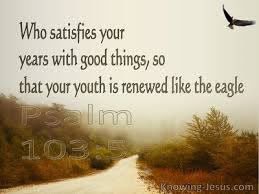 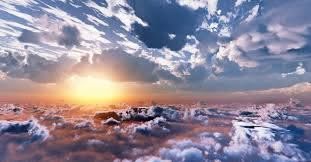 As many of you know, summer is prime time yard sale time and you can’t drive anywhere in the south on a Saturday without passing at least a few. This past Saturday, we stopped at one not far from our house.

In the past when I’ve been with my wife to these things, I seldom find anything that I get REALLY excited about. I usually just look for old books because that’s the only thing I can find for a buck that I might actually use. But this past Saturday, as I dug through a box of old CDs, I found something that I couldn’t pass up.

When I look back at my childhood and think about music, two names come to mind: Michael Jackson and the Beastie Boys. The very 1st album that my mom ever bought me was “Thriller.” The first album that I ever bought with my own money was “Licensed to Ill” at a Kmart in Mason, Ohio with my cousin Mark. I can still vividly remember driving home that weekend with my parents in our ‘78 Chrysler New Yorker bumping “Fight For Your Right To Party.” We had the cassette adapter for the 8-track player that was in there. I guess this was probably about 1986-87. This tape stayed in my silver boom box until it broke a couple years later.

During my middle school years, I developed a second wind of musical enlightenment. This was when hip-hop was at its peak in the early 90’s. I’d picked up this interest from my good friend Chad, who bought me an NWA tape in 1992. This was, of course, followed by Dr. Dre’s “The Chronic” in 1993…then “Enter the 36 Chambers” by Wu-Tang Clan later that year…

The Beastie Boys released “Check Your Head” in 1993 also. They were still just as relevant then as they had been in the 80’s even though the style had changed a bit. They’d evolved from a party rap trio to a 3-piece jam band in what seemed like no time…but it had been 7 years. I loved this CD.

My love for hip-hop slowly but surely vanished as grunge slowly gained my affection and carried me through my high school years. The Nu Metal genre developed as I entered my college years; a movement that was pretty much over almost as soon as it started. I picked up a bass guitar my freshman year at SECC and my love for hip-hop officially died. But my love for the Beastie’s never did…

In 2002, on a couch at a friend’s house, I discovered “Paul’s Boutique” by the Beastie Boys. This album was released in 1989; many consider this to be their finest work. This album soon became my “favorite album to listen to while I played video games with Eddie.” And even still, the Beastie’s were just as relevant in 2002 as they were in 1986… and 1989… and 1993…

Now, flash-forward to 2011… I look into a box of CDs at a yard sale and find “Check Your Head” and “Paul’s Boutique” in perfect condition… for $5. SOLD! As I walked away, all I could think about were the good times I’d had with my cousin Mark, Chad, Eddie; some of the best times of my life. I couldn’t wait to listen to them when I got home.

I got home, went upstairs, turned on my computer to do my homework and hit play…and immediately realized how much Christ has changed me as an individual. It’s not so much the music itself, because it is still just as creative and impressive as it ever was. It’s the message behind the music that causes a separation. It’s just not the same anymore.

Jesus and Paul talked a lot about this sort of thing in the Bible. You know, the difference between who we were before accepting Christ into our hearts versus the new man who has surrendered his life to Jesus. I don’t think I’ve ever seen this played out in my life in such a real way until this episode. There is simply nothing I can gain from this music at this point in my life without turning my back on Christ.

Now let me make a bit of a clarification before I go any further. I’m not talking about legalism here.  I’m not saying that, “Christians cannot listen to secular music because it is sinful.” If that had been the case, I never would have bought these CDs to begin with. Now, the Stephen from 5 years ago with his sheltered, legalistic, judgmental Christian mindset would have been outraged at the idea of a believer being excited about a secular CD or movie or anything else that wasn’t “Christian.” I’d been taught that everything was a black or white issue. If it wasn’t “Christian” then it was sin.

But in recent years, with a change of logic and a new church environment, I’ve realized that my old mindset was a very self-serving mindset to have. In reality, not everything in the real world is a black or white issue. Not all “Christian music” is godly and not all “secular music” is sinful. When I used to believe this way, I would make my walk with God a lot easier, while making it more difficult for everyone else I came in contact with.

What I’m talking about is true relationship with Christ where He deals with me personally while I only focus on how God views me, not those around me.

Believe me when I say that I really wanted to enjoy these CDs when I got home. But there was something inside of me that no longer desired or could allow me to digest them. I fully believe that this is what Christ does to our lives. He draws us close to Him by his Spirit and these desires just naturally fall off. They happen in His timing, not our timing and not in the timing that other believers feel they should happen in our lives.

It’s experiences like these that let me know that I am certainly not who I used to be. Fleshly desires that I used to have simply do not exist anymore. I don’t have to beat down my flesh and force myself to exhibit Christian behavior anymore. Christ’s desires just naturally become mine. True freedom in Christ started when I stopped trying to achieve the unachievable: being a perfect Christian.

During the days of King Ahab, Israel was pulled in two directions. Ahab had instituted Baal worship, but Elijah challenged Israel to follow God. When He pressed the people to make up their minds about whom to serve, they were speechless.

The Old Testament presents idolatry as a serious issue, but in this modern civilized world worship of idols seems archaic and irrelevant. However, we are sometimes just like the Israelites—we can’t make up our minds about whom to serve.

If something or someone has higher value and priority to us than Christ, we are trying to serve two masters, which Jesus says is impossible. We will end up loving one and hating the other (Matt. 6:24). God’s generous gifts of relationships, possessions, and meaningful work should never be cherished more than the Giver.

The way your time is used reveals your heart’s priorities. Is a part of each day devoted to God, or is every minute consumed by the demands of life? Or consider the area of dependence. Is there anyone or anything you rely on more than God? If so, it’s time to stop straddling the fence and give your life wholly to God.

The tabernacle of the Most High

“In whom ye also are builded together for an habitation of God through the Spirit.” Ephesians 2:22

At last they come to these stones. But how rough, how hard, how unhewn. Yes, but these are the stones ordained of old in the decree, and these must be the stones, and none other. There must be a change effected. These must be brought in and shaped and cut and polished, and put into their places. I see the workmen at their labour. The great saw of the law cuts through the stone, and then comes the polishing chisel of the gospel. I see the stones lying in their places, and the church is rising. The ministers, like wise master-builders, are there running along the wall, putting each spiritual stone in its place; each stone is leaning on that massive corner stone, and every stone depending on the blood, and finding its security and its strength in Jesus Christ, the corner stone, elect, and precious. Do you see the building rise as each one of God’s chosen is brought in, called by grace and quickened? Do you mark the living stones as in sacred love and holy brotherhood they are knit together? Have you ever entered the building, and seen how these stones lean upon one another bearing each other’s burden, so fulfilling the law of Christ? Do you mark how the church loves Christ, and how the members love each other? How first the church is joined to the corner stone, and then each stone bound to the next, and the next to the next, till the whole building becomes one? Lo! The structure rises, and it is complete, and at last it is built. And now open wide your eyes, and see what a glorious building this is—the church of God. Men talk of the splendour of their architecture—this is architecture indeed.

For meditation: Here, two days before the laying of the first stone of the Metropolitan Tabernacle, Spurgeon gave a timely reminder that the word “church” is a description of Christian people, not of any building in which they gather. Are you a living stone, built into the spiritual household of God (Ephesians 2:19-22; 1 Peter 2:4,5)?

“Suffer hardship with me, as a good soldier of Christ Jesus. No soldier in active service entangles himself in the affairs of everyday life … an athlete … does not win the prize unless he competes according to the rules.” – 2 Timothy 2:3-5 NASB

Discipline, focus, determination, and obedience are characteristics of effective soldiers. Their efforts result in victory. Why? Because they realize that in battle, their lives constantly are in jeopardy. Enemies can attack in countless ways. Thus, soldiers cannot afford to become distracted.

Soldiers also must remember their specific roles in the military. They need to remember how they are to interact with others. This means submitting to their commanding officer. They must know their assignment and follow it precisely. They must be trained until the skills they need become second nature. They must stay focused at all times.

These also are important principles for Christians. But some fail to have the kind of focus characteristic of effective soldiers. Many simply pursue the wrong goals and think about the wrong things.

Many become distracted. In the process, they lose sight of God’s Word and His call on their lives. When these things happen, their hearts and minds become divided. They concentrate on the opinions of others or on the things of this world.

Today, seek to be a good soldier in God’s army. Don’t be entangled “in the affairs of everyday life” or occupy your time with petty problems, gossip, and other distractions. Stay focused on His call and assignments He has given you. Serve Him wholeheartedly with your time, talents, and treasures. Cooperate with His training and discipline. And let Him prepare you to achieve victory.