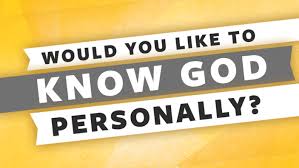 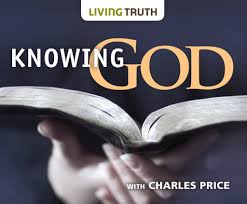 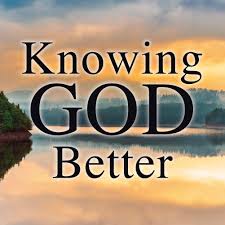 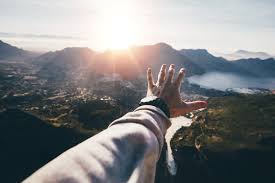 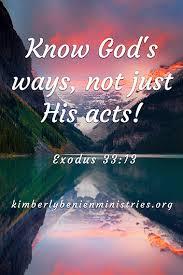 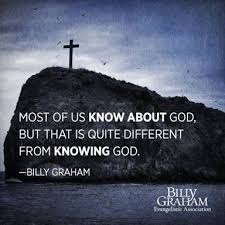 The final section of 2 Peter to look at is 3:15–18. Let me sum up the main points that I see and then look at them one at a time. First, from verse 15, we should regard the time in which we live as a time of salvation. Second, from verses 15 and 16, this is also what Paul taught, and his letters have the same authority as the inspired Old Testament Scriptures. Third, from verse 16, the inspiration of Paul’s letters, nevertheless, does not mean they are all easy to understand. Fourth, from verse 16, the misinterpretation of Scripture can lead to destruction. Fifth, from verses 17 and 18, therefore, guard yourself from error and destruction by growing in the grace and knowledge of Jesus. Finally, from the last sentence of the book, remember that the great goal of God in your life is that Jesus Christ be glorified. Everything else is designed to that end.

The Age of Salvation

The human mind desires to see meaning and direction and coherence in history. And so we describe periods of history as Dark Ages, Renaissance, Enlightenment, the Industrial Age, etc. And in general, in trying to understand history, we key off of man—how man has progressed, what man has achieved determines the meaning of history.

But there is one group of people in the world, the Church of Jesus Christ, who should always key off of God, and as they look at the world, see things the way he does. Verse 15 is God’s Word on how to interpret the time in which we live. The history of the world between the first and second coming of Christ is, above all, an age of salvation. One thing marks this time as utterly unique, and it is more important than the renaissance of classical learning, the emergence of science, the rise of industry: namely, it is the time of salvation. The Savior has come and opened the way to God. While he forbears, the way is still open. When he comes, the way will be closed and the time of salvation will be past.

From the perspective of eternity we will look back on these brief 2,000 years or so, and the relative conditions of human life from the Dark Ages to the age of moon-landing and wrist-watch televisions will be utterly insignificant in comparison to the all-important distinguishing mark of this period between the first and second comings of Christ—this was the time when people could be saved by trusting Christ. The only history of eternal significance is the history of missions and its off-shoots in sound doctrine and holy living. The only biographies that will be cherished in the age to come are the lives of the saints—the people who knew that these were times for salvation. Let’s be a people who key off of God and see the times in which we live from his perspective. “Count the forbearance of the Lord as salvation.”

Second, notice that this is also what Paul taught and that Peter puts Paul’s letters in the same category as inspired Old Testament Scripture. Verses 15 and 16: “So also our beloved brother, Paul, wrote to you according to the wisdom given him, speaking of this as he does in all his letters. There are some things in them hard to understand, which the ignorant and unstable twist to their own destruction, as they do the other scriptures.” Peter says: “Count the forbearance of the Lord as salvation.” Paul says, in Romans 2:4: “Do you presume upon the riches of his kindness and forbearance and patience? Do you not know that God’s kindness is meant to lead you to repentance?” Both teach that God’s withholding judgment is an act of forbearance that should be regarded as giving added time for repentance and salvation. And in 2 Corinthians 6:2 Paul said, “Behold, now is the acceptable time; behold, now is the day of salvation.”

So by calling in Paul’s support, Peter shows that there is agreement among the apostles. The false teachers may reject the second coming of Christ. But the apostles of Jesus are united: Christ is coming, and the time while he delays is for our salvation.

When Peter lumps Paul’s letters together with “the other scriptures” (in verse 16), we gain an insight which is of terrific importance. Jesus himself viewed the Old Testament Scriptures as fully authoritative and binding when properly interpreted and applied (Matthew 5:17). They were the Word of God (cf. Mark 7:13). Peter taught in 1:20, 21 that prophetic Scripture (and I think he would include all of the Old Testament) was inspired by God as men were moved by the Holy Spirit. Therefore, when he puts Paul’s letters in this same category, he is, I believe, claiming an equal inspiration and authority for Paul. He confirms what Paul claimed for himself. Paul said of his own teaching in 1 Corinthians 2:13, “We impart this in words not taught by human wisdom but taught by the Spirit.”

This is why the Bible stands at the center of Christian life. It is why this pulpit is at the center of the front and is lifted up. For we believe the Bible is the inspired Word of God—that it stands before us as our guide, and over us as our judge, and under us as the rock of our hope. John Wesley wrote in the preface of his Standard Sermons: “I am a spirit come from God and returning to God; just hovering over a great gulf; ’til a few moments hence I am no more seen; I drop into an unchangeable eternity! I want to know one thing—the way to heaven . . . He hath written it down in a book. O give me that book! At any price, give me the book of God! I have it: here is knowledge enough for me. Let me be homo unius libri (a man of one book).” O that we might be a people of the book. “Blessed is the man who walks not in the counsel of the ungodly, nor stands in the way of sinners, nor sits in the seat of scoffers, but his delight is in the law of the Lord, and on his law he meditates day and night” (Psalm 1). The apostles are united with each other and with the Old Testament in one great inspired book of God. The more you read it, the more you will see with the eyes of God.

Growing in the Knowledge of God – Wholly Loved – April 1

Growing in the Knowledge of God
By Kristen Terret

“… so that you may live a life worthy of the Lord and please Him in every way: bearing fruit in every good work, growing in the knowledge of God …” Colossians 1:10

The textbook-sized amounts of information my sister, a fourth-year med student, has to memorize leaves my head spinning. Her journey reminds me of the Pharisees in Jesus’ day—the religious leaders who demanded Pilate crucify Jesus. They were experts in Old Testament Law and could recite scrolls of it. Since they didn’t recognize Jesus as their long awaited Savior, it’s safe to say that they knew the words but didn’t understand them.

My sister’s professors know what the Pharisees didn’t understand—that gaining information is solidified through action. They ask their medical students to complete up to eighty hours of clinical rotations in hospitals each week.

In this verse, Paul prays for believers to live a life worthy of Christ by “bearing fruit”—staying close to Jesus and demonstrating His love, joy, peace, patience, kindness, goodness, faithfulness, gentleness, and self-control (Gal. 5:22)—and by “growing in the knowledge of God.”

Knowing God certainly means reading, studying, and even memorizing Scripture, but it’s more than this. We come to know Him personally, through experience, as we apply what He teaches and live life with Him. As we do, we’ll begin to see God everywhere—in His glorious creation, our children and loved ones, and miracles that unfold before us. Each time we use biblical truth to impact humanity, we grow in our wisdom and understanding of Him.

Let’s avoid the Pharisee’s mistake and allow biblical living to open our eyes to the wondrous knowledge of God.

It was not by their sword that they won the land, nor did their arm bring them victory; it was your right hand, your arm, and the light of your face, for you loved them.
Psalm 44:3
DailyVerses.net

So in Christ Jesus you are all children of God through faith, for all of you who were baptized into Christ have clothed yourselves with Christ.
Galatians 3:26-27
DailyVerses.net