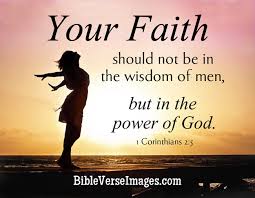 Two birds battled in our driveway. The beak of one was clamped firmly on the leg of the other and it would not let go. The captured bird wrestled frantically to break loose. They jerked, thrashed, and rolled. I sat spellbound as they continued to lurch and tumble as each fought to gain the advantage.

I spotted the birds as I was leaving home to run an errand. I don’t know how long they had been locked in combat, but it looked like a fight to the death. After watching almost ten minutes, I needed to go, but the birds blocked my path. When the front tire of my car was within a foot of them, the attacking bird finally released its grip and the two flew away, free.

The battle reminded me of a time my husband, Robert, and I had struggled. We must have looked just like those fighting birds. Conflict threatened to destroy our marriage and we couldn’t seem to work through it. We kept thrashing and tumbling as we sought to gain advantage. At every turn, one or both of us was hurt. I thought the emotional bumps and bruises would never cease.

Our struggles in relationships are often lengthened because, like the birds, neither gives in. We hold on, refusing to let go. We don’t realize that as long as we maintain our grip, we are trapped too. We are jerked, tossed, and tumbled, being wounded along with the other.

Throughout the struggle with Robert, I never guessed that I held the key to stopping it. Freedom came after I finally realized I was holding onto Robert’s leg through judgment. My judgment of him kept us locked in conflict, destroying the peace we once knew.

Initially, I didn’t approve of a decision Robert made and was afraid our family would suffer. My fear led me to be too forceful when we first talked about my fears, and nothing changed. Even as I tried to be respectful and supportive, I was thinking, “you shouldn’t be doing that,” and “You ought to …” I held him by the leg with my shouldsand oughts and continued to judge his decisions. I was not aware of my judgment, just of the fear of the consequences we could suffer from his choices.

Meanwhile, it felt to Robert like I didn’t respect him and he couldn’t do anything right. Even when I didn’t say anything, he sensed my underlying judgment. It was hard for him to hear God because of fear of my reactions.

As the conflict continued, my greatest concern was Robert’s lack of seeking the Lord. How could we expect God’s blessing if we didn’t seek His direction? What I didn’t realize was that I was standing between my husband and God. He was so afraid of my reaction that he couldn’t find the Lord. I was in the way.

Jesus’ words are so true,

“Do not judge so that you will not be judged. For in the way you judge, you will be judged; and by your standard of measure, it will be measured to you” (Matthew 7:1-2 NASB).

As long as I remained judgmental against my husband, I felt judged by him. The consequences of my judgment were worse than those from his decisions. For months, we scrambled like two birds in the driveway.

When I released Robert from my shoulds and oughts and trusted God to work out His purposes, Robert and I were both freed. He was free to hear God, and we both found peace with God and could reestablish the fellowship we had once enjoyed with each other.

The same principle holds true with my in-laws, pastor, co-worker, and neighbor. If I dwell on how they should and ought to be doing something, there is conflict. If I trust God to work in their lives, I don’t get caught up in struggles I can’t get out of. Instead of holding on, I need to release people and circumstances into God’s hands. He is the judge.

“Therefore you have no excuse, everyone of you who passes judgment, for in that which you judge another, you condemn yourself; for you who judge practice the same things” (Romans 2:1, NASB).

“But who am I, and who are my people, that we should be able to give as generously as this? Everything comes from you, and we have given you only what comes from your hand.” – 1 Chronicles 29:14

While I was in elementary school, family friends made the decision to leave the States for Kiev, Ukraine. This family of seven, including children my age, had to downgrade from a four-bedroom suburban home to an 800 square foot flat. That meant getting rid of a house full of clothes, toys, yard tools, furniture, dishes – a whole host of personal preferences and “needs.” Each family member had the luxury of one big trunk as they moved halfway around the world.

For this family, however, the joy of sharing the Gospel in a former USSR satellite nation outweighed all their possessions. My dad asked his friend how he was handling the sudden “loss.” His answer was telling.

“Actually,” the new missionary responded, “this is the most freeing thing I’ve ever done.”

This family found a special freedom far before I began to sniff it out. For me, this reorientation is coming slowly, helped along recently by a little book called The Treasure Principle. In it, Randy Alcorn uses a science metaphor to explain why our friends felt unshackled rather than empty. He writes:

It’s a matter of basic physics. The greater the mass, the greater the hold that mass exerts. The more things we own—the greater their total mass the more they grip us, setting us in orbit around them. Finally, like a black hole, they suck us in.

Consider our materialism that way – the more stuff, the more mass. The more mass, the greater its gravitational pull. And the harder it is to escape.

Compare this to David’s exhilaration in 1 Chronicles. He is humbled not by how much God has blessed him with – but by how much God has allowed him to give away. The king of Israel, a center of the ancient world, found his joy not in the palaces and the women at his disposal, but in the act of returning to God was rightfully God’s. How many of us can say the same?

We live in a physical, material world. But we have the chance to defy its hold on us with every cent, toy, and “need” that comes our way. Are you ready?

Repent therefore and be converted, that your sins may be blotted out, so that times of refreshing may come from the presence of the Lord. — Acts 3:19

You think it will never happen as you perspire your way through the dog days of summer. When the fans run full blast and there isn’t enough sweet tea in the world to quench your thirst. The pavement is hot, the air is thick, and the mosquitoes outnumber the people. You begin operating in survival mode, believing that, maybe, this will actually be the year when it doesn’t show up.

Then, one morning, you step outside onto your front porch, and you feel it. There’s something different in the air — a coolness that tells you fall has finally arrived. There’s a crispness to the wind that invigorates you as the burden- some heat of summer fades away. Your heart is lightened, and your spirit is revived. There isn’t anything quite as refreshing as that first fall breeze that announces the arrival of a new season.

Our lives go through seasons, just like the calendar. There are periods when we feel weary from the weight of our sins. The guilt and shame we carry are as oppressive as the heat of a Southern July day. There seems to be no end in sight, and we find ourselves just trying to survive. That is not the life our heavenly Father desires for His children. Thankfully, just as we turn a calendar page, we can turn from the heaviness of our former ways.

Just like that first fall breeze, repentance will bring a refreshing new season into our lives. When we turn from our sins and turn toward Jesus, forgiveness blows over us like a crisp autumn wind, and new energy is instilled in us. The sky is a little brighter, the colors are a little bolder, and our steps are a little lighter as the burden is lifted.

Walking in freedom with Jesus is as stimulating as that first fall breeze. Everything that once weighed us down just falls away, and a fresh beginning is ours for the taking. Everything is brimming with possibility, and the opportunities are endless.

“The Lord is my shepherd; I shall not want. He makes me lie down in green pastures. He leads me beside still waters. He restores my soul.” – Psalm 23:1-3 ESV

Even as a boy, George Herbert impressed others with his character. Some said that he seemed “marked out for piety, and to become the care of Heaven.” When he was fifteen, he was described as being “perfect” in classical languages, particularly Greek.

Born in 1593, Hebert went on to attend Trinity College at Cambridge, England. When he was appointed the school’s public orator, it became his duty to give speeches in Latin to visiting dignitaries. At one time, some thought he was destined for a career in politics. Instead, he became a minister.

He wrote many poems. One of them told how he looked at Jesus as his shepherd. It was called “The God of Love My Shepherd Is.” Herbert knew Jesus was his shepherd, and He was motivated by love. This brought him safety and peace. “While He is mine, and I am His, what can I want or need?”

He knew that Jesus would lead and provide for him. And if he strayed, Jesus would correct him and bring him home. Trusting in Jesus, he had no reason to fear for He was with Him every step of the way. Herbert knew that His “sweet and wondrous love” would be with him throughout life, “as it never shall remove so neither shall my praise.”

Remember the simple truth that Jesus wants to be your shepherd, leading you, protecting you, and directing you. He loves you!

What shall we say, then? Shall we go on sinning so that grace may increase? By no means! We are those who have died to sin; how can we live in it any longer?
Romans 6:1-2
DailyVerses.net

Gracious words are a honeycomb, sweet to the soul and healing to the bones.
Proverbs 16:24
DailyVerses.net