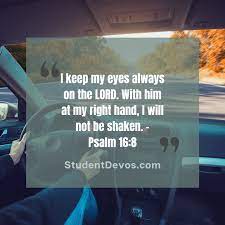 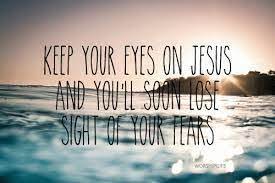 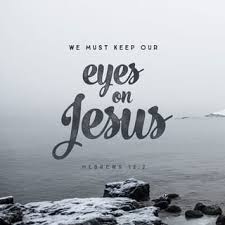 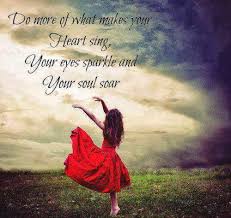 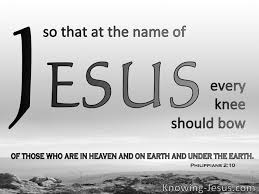 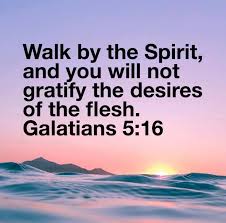 Fixing Our Eyes Upon Jesus

With all the problems in the world today, it’s easy to focus on the storms and turmoil. Instead, we should be

looking unto Jesus, the author and finisher of our faith (Hebrews 12:2)

Jesus is the answer to every human need. He will provide. He will deliver victory—not based on what we do, but on what He has done. All we need to do is believe Him.

Peter was the only disciple to step out onto the water while the others stayed in the boat. Even so, when he looked at the wind and waves, he began to sink. Matthew 14:31 tells us that Jesus caught him and asked,

“Why did you doubt?”

We make a big deal about how much faith we have in God; it’s a bigger deal that God has faith in us. He believes we can do what He has called us to do, yet it’s easy to waver and doubt.

When the Israelites refused to enter Canaan because of the spies’ report about giants, Joshua said not to fear them,

Joshua was a man of faith and of power. His perspective was that with God all things are possible; God has given us the land, and our enemies will be turned into our nourishment.

“Have I not commanded you? Be strong and of good courage; do not be afraid, nor be dismayed. The Lord your God is with you wherever you go” (Joshua 1:9)

When God says not to be afraid, He’s preparing us that things may not be easy.

Yet first He says, “Have I not commanded you?” From God’s perspective, when He commands, it’s a done deal. When God says, “Let there be light,” there is light.

Then He promises, “The Lord your God is with you wherever you go.”

We also hear God’s command and promise in the Great Commission:

What God has commanded, He will accomplish. We simply need to do our part and proclaim the Good News.

And as we obey Him, we have His assurance in Hebrews 13:5:

“I will never leave you nor forsake you.”

The roofs of thousands of Florida homes were badly damaged by Hurricane Andrew in 1992. Soon afterward, a humorous story circulated about three mothers in a restaurant. One spoke proudly of her lawyer son, and another of her son, a doctor. But when the third mother said that her son was a roofer, all the customers stormed her table to ask for his phone number.

James and John did not yet understand what Jesus was all about—but they knew it was BIG, and they wanted a special place in whatever it was. So their mother made this special request: “Make my boys your number one and your number two!”

The ten other disciples were furious, because they too wanted to be first in Jesus’ order of power and privilege.

Jesus called a meeting to clarify his guiding principles. In government and most other systems, the highest positions have the greatest authority—but “not so with you,” Jesus said. To follow Jesus is to love your neighbors for his sake. A top follower of Jesus is a top servant.

This is the lesson Jesus reiterated when he washed his disciples’ feet, the night before he went to the cross: “I have set you an example that you should do as I have done for you” (John 13:15).

The treasure of grace

“The forgiveness of sins, according to the riches of his grace.” Ephesians 1:7

Paul proclaimed the grace of God—free, full, sovereign, eternal grace—beyond all the glorious company of the apostles. Sometimes he soared to such amazing heights, or dived into unsearchable depths, that even Peter could not follow him. He was ready to confess that “our beloved brother Paul, according to the wisdom given unto him,” had written “some things hard to be understood.” Jude could write of the judgments of God, and reprove with terrible words, “ungodly men, who turned the grace of God into lasciviousness.” But he could not tell out the purpose of grace as it was planned in the eternal mind, or the experience of grace as it is felt and realized in the human heart, like Paul. There is James again: he, as a faithful minister, could deal very closely with the practical evidences of Christian character. And yet he seems to keep very much on the surface; he does not bore down deep into the substratum on which must rest the visible soil of all spiritual graces. Even John, most favoured of all those apostles who were companions of our Lord on earth—sweetly as the beloved disciple writes of fellowship with the Father and his Son Jesus Christ—even John does not speak of grace so richly as Paul, in whom God first showed forth “all long-suffering as a pattern to them which should hereafter believe on him to life everlasting.” Not, indeed, that we are at liberty to prefer one apostle above another. We may not divide the Church, saying, I am of Paul, I of Peter, I of Apollos; but we may acknowledge the instrument which God was pleased to use; we may admire the way in which the Holy Ghost fitted him for his work; we may, with the churches of Judea, glorify God in Paul.

For meditation: Paul always looked back with amazement when he recalled God’s grace to him, the chief of sinners, who so persecuted the Church (1 Corinthians 15:9-10; Galatians 1:13,15; Ephesians 3:7,8; 1 Timothy 1:13-15). Our gratitude and love to God can sadly be limited by our failure to realise how sinful we really are and how much he has forgiven us (Luke 7:41-47).

“Jehoshaphat had great riches and honor; and he allied himself by marriage with Ahab. Some years later he went down to visit Ahab at Samaria. And Ahab … incited him to go up against Ramothgilead.” – 2 Chronicles 18:1-2 NASB

Jehoshaphat had been a good king in Judah who had sought God and “took great pride in the ways of the Lord.” He experienced His blessings. He “had great riches and honor” and “grew greater and greater” (2 Chronicles 17:4, 6, 12).

During this time, the neighboring country of Israel was being ruled by Ahab, one of its most ungodly kings. Perhaps concerned about security, Jehoshaphat “allied himself by marriage with Ahab.”

Then, Jehoshaphat allowed himself to be influenced by Ahab. Ahab “incited” and misled him. Jehoshaphat became vulnerable to clever words as Ahab convinced him to do what he wanted.

The Bible warns that this kind of deception is common in the world. We can be deceived by “smooth and flattering speech” (Romans 16:18) and by enticing promises and “empty words” (Ephesians 5:6). We even can deceive ourselves (1 Corinthians 3:18).

We need to be on guard against all these forms of deception and the pressure to conform to the ways of the world. We shouldn’t allow others to shape our actions, attitudes, and beliefs to reflect their goals.

Instead, we need to stay true to God’s Word. Be filled with His Spirit, sensitive to His leading. Commit our ways to Him, and let Him direct and guide us. When we have any questions or doubts, we need to seek Him.

Make every effort to keep the unity of the Spirit through the bond of peace.
Ephesians 4:3
DailyVerses.net

You, my brothers and sisters, were called to be free. But do not use your freedom to indulge the flesh; rather, serve one another humbly in love.
Galatians 5:13
DailyVerses.net