3. “If the Lord had not helped me, I would have gone quickly to the land of silence. I said, ‘I am falling’; but your constant love, O Lord, held me up.”

4. “Do not be afraid. I will save you. I have called you by name—you are mine. When you pass through deep waters, I will be with you; your troubles will not overwhelm you. When you pass through fire, you will not be burned; the hard trials that come will not hurt you. For I am the Lord, your God. … because you are precious to me and because I love you and give you honor, do not be afraid—I am with you!”

7. “No one stood by me the first time I defended myself; all deserted me. … But the Lord stayed with me and gave me strength.” 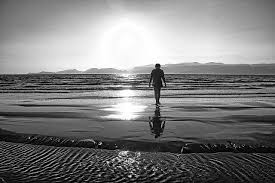 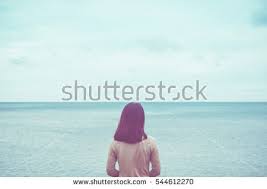 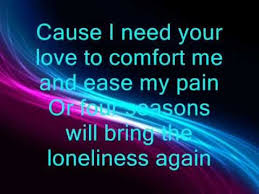 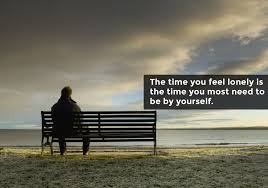 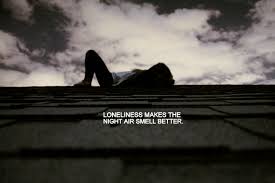 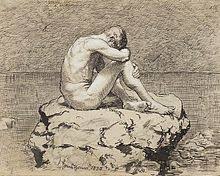 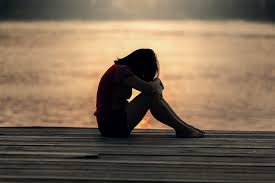 Three men were stranded on a desert island. A genie appeared and promised to grant each of them just one wish. So the first guy says, “I want to go back to my job with the brokerage firm.” Shazam, he’s back in the office behind his desk. The second guy says, “I’d like to be back in Chicago with my family.” Instantly, he’s zapped back to the Midwest. So the genie turns to the last guy and says, “What’ll it be for you?” He looks around and says, “It’s so lonely here. I wish my friends were back.”

Actually, the pain of loneliness is no laughing matter. And, sad to say, there is no magic-genie cure for the loneliness so many of us struggle with. After God created Adam, He said that it is not good for man to be alone and created Eve for companionship and mutual encouragement. So, it’s no wonder that we hurt when we are disconnected from others who could be a source of satisfaction and joy.

Yet, in one sense, even the loneliest among us is not truly alone. In fact, Jesus not only assures us of His presence but can empathize with the agony of our loneliness. He was brutally cast off by His own people, the object of criticism and scorn, abandoned by His best friends in His hour of need, and betrayed by a trusted colleague. Still, in the midst of this loneliness He was not truly alone. John 8:29

records Christ’s strong confidence in the midst of His standing alone when He says, “The one who sent Me is with Me; He has not left Me alone.” And even though He realized His teaching was rejected by men, He said, “If I do judge, my decisions are right, because I am not alone. I stand with the Father, who sent Me” (John 8:16

The only true loneliness is the aloneness of being disconnected from God. When we live disconnected from Him, we scramble to fill the void with food, sex, alcohol, shopping, drugs, or meaningless activity. Many of us will do anything to medicate the emptiness we feel without God. In its advanced stages, this aloneness from God fogs our outlook with a cloud of cynicism until our only response to life is “Who cares?” or “Whatever.”

The only real way out is to cling to Jesus, the one who will never leave or forsake you (Hebrews 13:5

) and the one who promises to give you life, in fact life more abundantly (John 10:10

Maybe you know this, but you’ve been afraid to put all your eggs in the basket of all Jesus has to offer. Maybe your fear is reflected in the words of the poet who wrote, “lest having Him I would have nothing else beside.”

But let me assure you that Christ will never let you down. Jesus is certainly no magic genie. He does not exist in a foggy vision only to vanish in a puff of smoke. In fact, it’s just the opposite—we have the assurance that He is constantly with us. Jesus said, in Matthew 28:20

Because of this promise, you can trust that God will never leave you stranded alone on the desert island of life without Him, but will satisfy you with His presence and peace.

God intends for us to live a well-rounded life in Christ Jesus, but there are times when that life is attacked from the outside. Then we tend to fall back into self-examination, a habit that we thought was gone. Self-awareness is the first thing that will upset the completeness of our life in God, and self-awareness continually produces a sense of struggling and turmoil in our lives. Self-awareness is not sin, and it can be produced by nervous emotions or by suddenly being dropped into a totally new set of circumstances. Yet it is never God’s will that we should be anything less than absolutely complete in Him. Anything that disturbs our rest in Him must be rectified at once, and it is not rectified by being ignored but only by coming to Jesus Christ. If we will come to Him, asking Him to produce Christ-awareness in us, He will always do it, until we fully learn to abide in Him.

Never allow anything that divides or destroys the oneness of your life with Christ to remain in your life without facing it. Beware of allowing the influence of your friends or your circumstances to divide your life. This only serves to sap your strength and slow your spiritual growth. Beware of anything that can split your oneness with Him, causing you to see yourself as separate from Him. Nothing is as important as staying right spiritually. And the only solution is a very simple one— “Come to Me….” The intellectual, moral, and spiritual depth of our reality as a person is tested and measured by these words. Yet in every detail of our lives where we are found not to be real, we would rather dispute the findings than come to Jesus.

After walking into a sandwich shop, I sensed the Holy Spirit nudging me to reach out to the young man who took our order. Unsure of how to start, I gathered my food and followed my husband to the patio area. Shortly after we sat down, the same young man came outside to sweep the area. I set aside my fear and began an unscripted conversation. In this unexpected moment, God provided the opportunity for us to discuss how Jesus’ love and the power of the Holy Spirit could help the young man overcome the situations he was facing.

Sharing our faith in Christ has often been reduced to point-by-point methods or relegated to a particular church department. When Jesus told us, however, to be “dressed for service and keep [our] lamps burning” (Luke 12:35), He intended for us to make a connection between our readiness and His instruction to give testimony about who He is everywhere we go (Matthew 5:14-15, 28:19-20).

For some believers in Jesus, the threat of death or imprisonment for sharing Christ’s love is painfully real. For others, the fear of rejection alone drives us into hiding. We may well understand Jesus’ call to a living faith (Luke 12:2-3), but a relationship with Him that’s vibrant and healthy will eventually bring us to a place of risk—the place of sharing our love for Him in unexpected encounters with others. When we understand the strength of His love for us (Luke 12:7), we’re able to exchange fear for courage (Luke 12:4,11).

Being faithful stewards of God’s message begins with cherishing our own relationship with Jesus (Luke 12:42). May we overcome our fear of sharing our faith by leaning confidently on Him and the power of the Holy Spirit.