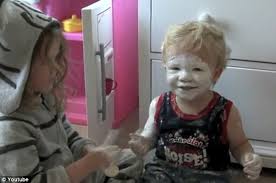 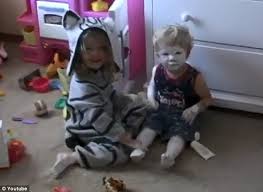 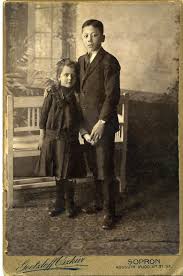 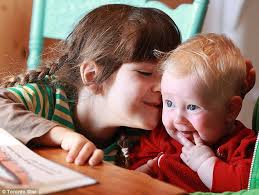 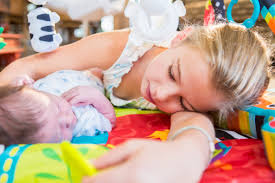 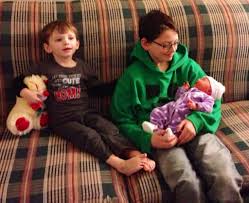 Has it ever dawned on you that you are responsible spiritually to God for other people? For instance, if I allow any turning away from God in my private life, everyone around me suffers. We “sit together in the heavenly places…” (Ephesians 2:6). “If one member suffers, all the members suffer with it…” (1 Corinthians 12:26). If you allow physical selfishness, mental carelessness, moral insensitivity, or spiritual weakness, everyone in contact with you will suffer. But you ask, “Who is sufficient to be able to live up to such a lofty standard?” “Our sufficiency is from God…” and God alone (2 Corinthians 3:5).

“You shall be witnesses to Me…” (Acts 1:8). How many of us are willing to spend every bit of our nervous, mental, moral, and spiritual energy for Jesus Christ? That is what God means when He uses the wordwitness. But it takes time, so be patient with yourself. Why has God left us on the earth? Is it simply to be saved and sanctified? No, it is to be at work in service to Him. Am I willing to be broken bread and poured-out wine for Him? Am I willing to be of no value to this age or this life except for one purpose and one alone— to be used to disciple men and women to the Lord Jesus Christ. My life of service to God is the way I say “thank you” to Him for His inexpressibly wonderful salvation. Remember, it is quite possible for God to set any of us aside if we refuse to be of service to Him— “…lest, when I have preached to others, I myself should become disqualified” (1 Corinthians 9:27).

Iraq and the bible

1. The garden of Eden was in Iraq. (It sure doesn’t look much like Paradise on earth today thanks to Saddam)

2. Mesopotamia which is now Iraq was the cradle of civilization!

3. Noah built the ark in Iraq.

4. The Tower of Babel was in Iraq.

5. Abraham was from Ur, which is in Southern Iraq!

6. Isaac’s wife Rebekah is from Nahor which is in Iraq.

8. Jonah preached in Nineveh – which is in Iraq.

9. Assyria which is in Iraq conquered the ten tribes of Israel.

11. Babylon which is in Iraq destroyed Jerusalem.

13. The 3 Hebrew children were in the fire in Iraq (That’s good news to know that JESUS has been in Iraq too as the 4th person in the fiery furnace!)

14. Belshazzar, the King of Babylon saw the “writing on the wall” in Iraq.

15. Nebuchadnezzar, King of Babylon, carried the Jews captive into Iraq.

19. The “Empire of Man” described in Revelation is called Babylon which was a city in Iraq!

No other nation, except Israel, has more history and prophecy associated
it than Iraq.

This is something to think about! Since America is typically represented
by an eagle. Saddam should have read up on his Muslim passages…
The following verse is from the Quran, (the Islamic Bible)

Quran (9:11) — For it is written that a son of Arabia would awaken a
fearsome Eagle. The wrath of the Eagle would be felt throughout the lands
of Allah and lo, while some of the people trembled in despair still more
rejoiced; for the wrath of the Eagle cleansed the lands of Allah; and there
was peace. Note the verse number.

Wishing to encourage her young son’s progress on the piano, a mother took her boy to a Paderewski concert. After they were seated, the mother spotted a friend in the audience and walked down the aisle to greet her. Seizing the opportunity to explore the wonders of the concert hall, the little boy rose and eventually explored his way through a door marked “NO ADMITTANCE.”

When the house lights dimmed and the concert was about to begin, the mother returned to her seat and discovered that the child was missing.

Suddenly, the curtains parted and spotlights focused on the impressive Steinway on stage. In horror, the mother saw her little boy was sitting at the keyboard, innocently picking out “Twinkle, Twinkle Little Star.” At that moment, the great piano master made his entrance, quickly moved to the piano, and whispered in the boy’s ear, “Don’t quit. Keep playing.”

Then, leaning over, Paderewski reached down with his left hand and began filling in a bass part. Soon his right arm reached around to the other side of the child and he added a running obligato. Together, the old master and the young novice transformed a frightening situation into a wonderfully creative experience. The audience was so mesmerized they couldn’t recall what else the great master played. Only the classic “Twinkle, Twinkle Little Star.”

That’s the way it is with God. What we can accomplish on our own is hardly noteworthy. We try our best, but the results aren’t exactly graceful flowing music. But with the hand of the Master, our life’s work truly can be beautiful. Next time you set out to accomplish great feats, listen carefully. You can hear the voice of the Master, whispering in your ear, “Don’t quit. Keep playing.”

Feel His loving arms around you. Know that His strong hands are there helping you turn your feeble attempts into true masterpieces.

Remember, God doesn’t call the equipped, He equips the called. And He’ll always be there to love and guide you on to great things. Life is more accurately measured by the lives you touch than the things you acquire.

“For who maketh thee to differ from another?” 1 Corinthians 4:7

If thou leave me, Lord, for a moment, I am utterly undone.

“Leave, ah! leave me not alone, Still support and comfort me.”

Let Abraham be deserted by his God, he equivocates and denies his wife. Let Noah be deserted, he becomes a drunkard, and is naked to his shame. Let Lot be left awhile, and, filled with wine, he revels in incestuous embraces, and the fruit of his body becomes a testimony to his disgrace. Nay, let David, the man after God’s own heart, be left, and Uriah’s wife shall soon show the world that the man after God’s own heart still has an evil heart of unbelief in departing from the living God. Oh! the poet puts it well –

“Methinks I hear my Saviour say, ‘Wilt thou forsake me too?’”

And now let our conscience answer:-

“Ah, Lord! with such a heart as mine,
Unless thou hold me fast,
I feel I must, I shall decline,
And prove like them at last.”

Oh be not rashly self-confident, Christian man. Be as confident as you can in your God, but be distrustful of yourself. You may yet become all that is vile and vicious, unless sovereign grace prevent and keep you to the end. But remember if you have been preserved, the crown of your keeping belongs to the Shepherd of Israel, and you know who that is. For he has said “I the Lord do keep it; I will water it every moment: lest any hurt it, I will keep it night and day.” You know “who is able to keep you from falling, and to present you faultless before the presence of his glory with exceeding joy.” Then give all glory to the King immortal, invisible, the only wise God your Saviour, who has kept you thus.

For meditation: Those who think they can stand by themselves are taught by being allowed to fall by themselves (1 Corinthians 10:12; Ecclesiastes 4:10).

Then Jesus said, “Did I not tell you that if you believe, you will see the glory of God?”
John 11:40
DailyVerses.net