26  Even after my skin has been destroyed, yet in my flesh I will see God. 27  I will see Him for myself; my eyes will behold Him, and not as a stranger. How my heart yearns within me!…

The Stroke of Midnight 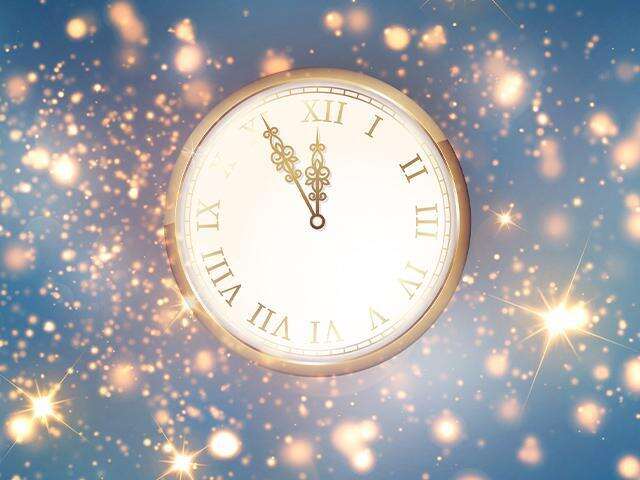 For a girl named Cinderella — Everything changed. Just. Like. That.

Like Cinderella and her pumpkin, midnight had struck and I felt like I couldn’t find my shoe, my car was a gourd, my chauffeur was a mouse, and everything felt fake. The domino effect of the past two years had left so many of us looking at what we polished and finding it horribly fake.

What we knew was — what? That we never knew anything.

In a world with masks and rumors of wars and people hurting, haven’t we all stepped back to look? Like the shock wearing off after the bomb drops — and you are living in the aftermath of the make-believe.

You know, I can’t tell you why the world is so difficult. I can’t give you rhyme or reasons. It wouldn’t matter if I could. All I can give you is what I do know.

And in the middle of the fear, the blaming, the hurting, the changing — That. Is. Enough.

Knowing I know nothing is only new to me. Knowing it is fine that God knows everything, so I don’t have to … Well, God already knew.

It makes it completely irrelevant that we don’t understand. If God knows what is next and we don’t, what has changed?

Our minds changed and opened up to an idea that we already know will send us into revival like we have never seen before. How freeing it is to not have to wonder what is next! When I catch myself feeling anxious, I turn my anxious heart towards something that now makes me laugh.

As things change, my heart changes pages to 2 Corinthians 3:18:

“And we all, who with unveiled faces contemplate the Lord’s glory, are being transformed into his image with ever-increasing glory, which comes from the Lord, who is the Spirit.” (NIV)

I have far too many tattoos to claim myself any Cinderella, but I can tell you that change revealed to me much of the things it revealed to her. What was at the core of that?

God was in control. STILL.

As things change around you, whether that is just the state of the world or the state of your own world, remember that you don’t have to know the plan.

If you don’t, I know Him. He’s never let me down and I don’t expect Him to start with you. Today, if you are overwhelmed with life, I hope that you breathe. I hope that you rest in the fact that you do not need to know what’s next.

We simply need to leave the worrying at the empty tomb, where all things are already done. No fairytale required.

“Look at the birds in the sky! They don’t plant or harvest. They don’t even store grain in barns. Yet your Father in heaven takes care of them. Aren’t you worth much more than birds?” (Matthew 6:26 CEV)

Nehemiah 12:44, 46-47 44At that time men were appointed to be in charge of the storerooms for the contributions, firstfruits and tithes. From the fields around the towns they were to bring into the storerooms the portions required by the Law for the priests and the Levites, for Judah was pleased with the ministering priests and Levites… 46For long ago, in the days of David and Asaph, there had been directors for the singers and for the songs of praise and thanksgiving to God. 47So in the days of Zerubbabel and of Nehemiah, all Israel contributed the daily portions for the singers and gatekeepers. They also set aside the portion for the other Levites, and the Levites set aside the portion for the descendants of Aaron.

The wall was finished and the people had made an oath to be faithful to God. Now was the time to rejoice. They took a break during their repentance to celebrate the Feast of Booths, remembering what God had done. Now, after hearing the Law read and making an oath to keep it, they were celebrating God’s current mercy and favor. We need to remember God’s favor shown us in the past as well as His present mercy and goodness.

The leaders of Judah and two large choirs marched around the top of the walls of Jerusalem going in opposite directions, singing praise and thanksgiving to God. They celebrated joyfully. Our services of worship should include these times of joyful worship for present victories.

The people were pleased with the ministry of the priests and Levites, so they brought their firstfruits and tithes. When houses of worship minister according to the Word of the Lord, there should be sufficient offerings without coaxing the people to give.

Everyone was in his assigned place of service as God had intended. Directors of music and the singers, the gatekeepers and Levites who took care of the House of God, all received a portion from the tithes so that they could focus on ministering to the LORD. We think of ministry to the people, but we forget about ministry to the LORD. In our present day this is being revived in places as songs of praise and worship are sung around the clock.

Come to the Altar

“Then Shekaniah son of Jehiel, one of the descendants of Elam, said to Ezra, ‘We havebeen unfaithful to our God by marrying foreign women from the peoples around us.But in spite of this, there is still hope for Israel.’” Ezra 10:2 (NIV)

When I was in high school, one of my highlights each year was going to Christian summer camp. I remember one camp’s theme was “S.O.A.R.,” which stood for “Sold Out and Radical.” That’s what I desperately wanted to be as a teenager. I wanted to be radical for God!

Now that I’m older, I wonder why I don’t long for God’s presence like I did back then. I’m often thinking more about what I’m going to make for lunch after church than how I can take a moment with God to confess sin or pray for others. The zeal of youth can wear off.

My passion for God’s business wanes when I get distracted by my business.

In the book of Ezra, we read about a man named Shekaniah who cared deeply about God’s business. Shekaniah was one of Ezra’s companions from Babylon. Though his father, Jehiel, had married foreign, idolatrous women, Shekaniah kept God’s law and had not made the same mistakes. (Ezra 10:2) Yet in today’s key verse, Shekaniah confesses to Ezra and the people, in a public setting, “We have been unfaithful to our God by marrying foreign women from the peoples around us” (Ezra 10:2a).

Why did he say “we”? As a godly leader, Shekaniah took responsibility when his family failed to follow God’s ways. He didn’t think, “Well, that’s not my problem.”

It’s important to note here that, even though Shekaniah freely took responsibility for his father’s sin, God would not punish Shekaniah for that sin. As Ezekiel 18:20b says, “The son shall not suffer for the iniquity of the father, nor the father suffer for the iniquity of the son” (ESV). God punishes those who sin against Him but does not hold family members accountable for the sins of others.

Shekaniah’s confession was rooted purely in his commitment to God, and he was truly grieved by his family’s sin. He didn’t want to see it continue in the next generations — instead, he wanted to see them marked by godliness.

What would happen if that same spirit of confession flooded my home? What if I was burdened by the sin of my family, my neighborhood, my city? What if that same passion I had as a teenager returned?

I know it might not be sustainable or realistic to cry out at the church altar every day, but that doesn’t mean I don’t need seasons of revival.

Shekaniah didn’t just put on an emotional display during a revival; he acted. Out of this time of public sorrow, Shekaniah presented a seemingly harsh but effective plan for full repentance: His people would send away their foreign wives and children who followed other gods.

Despite how difficult it would be, dealing with their snare would become their saving grace. The same is true for us.

Today’s key verse ends, “But in spite of this, there is still hope for Israel” (Ezra 10:2b). How wonderful that there is always hope in Christ!

I don’t want to allow sin to creep into my life and my family unchecked. The woman I am today needs to remember the on-fire teenager I was yesterday. It turns out I have something to learn from my younger self. Maybe it’s time to spend a few extra moments at the altar next time I get the chance.

Be completely humble and gentle; be patient, bearing with one another in love.
Ephesians 4:2
DailyVerses.net