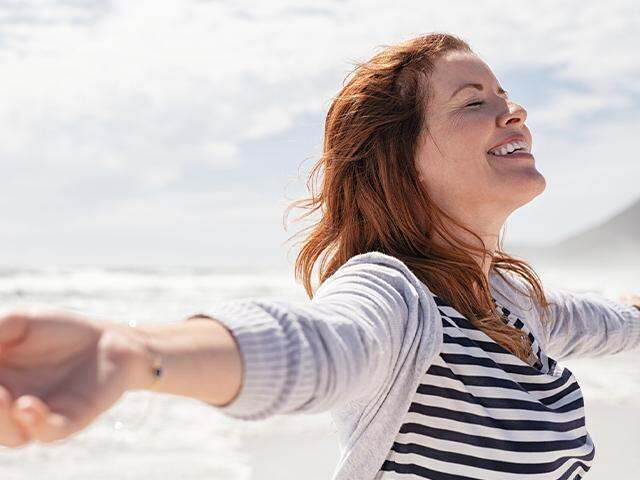 My godly mother, who prayed me into the kingdom, frequently used to say she was “worried sick” about this or that.

But here’s the plain truth: worry is a sin! Over and over, the Bible commands, “Do not worry!” It doesn’t do a bit of good, but it can certainly do harm — like causing ulcers.

“Don’t worry about everyday life — whether you have enough food, drink, and clothes. Can all your worries add a single moment to your life? Of course not. You have so little faith!” (Matthew 6:25b, 27, 30b)

To illustrate His point, Jesus said,

“Look at the birds. They don’t need to plant or harvest … because your heavenly Father feeds them” (Matt. 6:26a)

Have you ever seen a bird having a nervous breakdown? They don’t worry because they know God will feed them. And remember,

Many worries stem from worldly desires. But trust is depending on God to provide.

“Why be like the pagans who are so deeply concerned about these things? Your heavenly Father already knows all your needs, and He will give you all you need from day to day if you live for Him and make the Kingdom of God your primary concern” (Matt. 6:33-34)

When we walk closely with Jesus day by day, we find rest. But inner peace doesn’t come if we run here and there, wasting time and chasing worldly things. The world can corrupt us with its troubles, making us scared. After all, good news doesn’t sell newspapers! The devil wants to keep us on a treadmill with our nose to the grindstone, worrying about everything. But God says, “Fear not!”

As you face each day, don’t miss the blessing — it’s Him! God loves you and knows your true needs, whether they be physical, social or financial. So come to Him in faith, give Him your burdens, seek His face, praise His name … and He will supply!

Genesis 12:1-3 1The LORD had said to Abram, “Leave your country, your people and your father’s household and go to the land I will show you. 2“I will make you into a great nation and I will bless you; I will make your name great, and you will be a blessing. 3I will bless those who bless you, and whoever curses you I will curse; and all peoples on earth will be blessed through you.”

God called Abram (later to be changed to Abraham) out of his culture and family to follow God to an undisclosed place. It seems that, of all the people of the earth, Abram was selected for a very special calling. Later we see he did not follow exactly, as he disobeyed God by taking along his family instead of leaving them. He also lied twice about his relationship to his wife to save his own hide. Still, he did go out by faith, not knowing his destination.

The promise that all the world would be blessed through him makes us wonder if this lineage of the Seed of the woman that will crush the head of Satan, that has gone down through Noah, is not now through Abraham also. Later we find this to be the case. He is an imperfect man that is a recipient of great promises. He obeyed but not fully. Is that not true of us too? Imperfect though our lives are, though grace, God has called us out of our world to be citizens of a place that we are going to by faith. Like Abraham we believe there is a city with foundations whose builder and maker is God.

We are those who have been blessed through Abram, because we have received Jesus’ work in our place. Perhaps that is why Matthew begins his genealogy of Jesus at Abraham. You may have stumbled along the way to your heavenly home and your reward, but like Abraham, God will see you through. In Hebrews there is no record of Abram’s failures, only his great acts of faith.

Meditation: In heaven there will be no record of your failures either, just your acts of faith.

Streams in the Desert – January 13

In all these things we are more than conquerors through him that loved us (Romans 8:37).

This is more than victory. This is a triumph so complete that we have not only escaped defeat and destruction, but we have destroyed our enemies and won a spoil so rich and valuable that we can thank God that the battle ever came. How can we be “more than conquerors”? We can get out of the conflict a spiritual discipline that will greatly strengthen our faith and establish our spiritual character. Temptation is necessary to settle and confirm us in the spiritual life. It is like the fire which burns in the colors of mineral painting, or like winds that cause the mighty cedars of the mountain to strike more deeply into the soil. Our spiritual conflicts are among our choicest blessings, and our great adversary is used to train us for his ultimate defeat. The ancient Phrygians had a legend that every time they conquered an enemy the victor absorbed the physical strength of his victim and added so much more to his own strength and valor. So temptation victoriously met doubles our spiritual strength and equipment. It is possible thus not only to defeat our enemy, but to capture him and make him fight in our ranks.

The prophet Isaiah speaks of flying on the shoulders of the Philistines (Isa. 11:14). These Philistines were their deadly foes, but the figure suggested that they would be enabled not only to conquer the Philistines, but to use them to carry the victors on their shoulders for further triumphs. Just as the wise sailor can use a head wind to carry him forward by tacking and taking advantage of its impelling force; so it is possible for us in our spiritual life through the victorious grace of God to turn to account the things that seem most unfriendly and unfavorable, and to be able to say continually, “The things that were against me have happened to the furtherance of the Gospel.”
–Life More Abundantly

A noted scientist observing that “early voyagers fancied that the coral-building animals instinctively built up the great circles of the Atoll Islands to afford themselves protection in the inner parts,” has disproved this fancy by showing that the insect builders can only live and thrive fronting the open ocean, and in the highly aerated foam of its resistless billows. So it has been commonly thought that protected ease is the most favorable condition of life, whereas all the noblest and strongest lives prove on the contrary that the endurance of hardship is the making of the men, and the factor that distinguishes between existence and vigorous vitality. Hardship makes character.
–Selected

“Now thanks be unto God Who always leads us forth to triumph with the Anointed One, and Who diffuses by us the fragrance of the knowledge of Him in every place” (2 Cor. 2:14, literal translation).

‘Say ye to the righteous, that it shall be well with him: for they shall eat the fruit of their doings.’ Isaiah 3:10

For meditation: We become righteous only as the result of trusting in the Lord Jesus Christ and what he has done for us (Romans 5:19). It is bound to be well with the righteous at all times and in all circumstances because ‘He hath done all things well’ (Mark 7:37).

Greater love has no one than this: to lay down one’s life for one’s friends.
John 15:13
DailyVerses.net