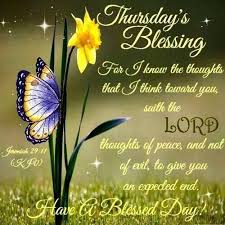 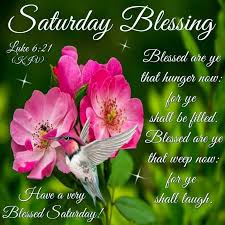 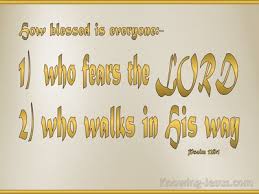 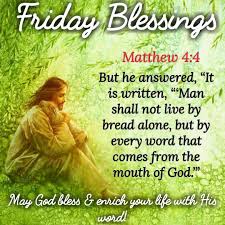 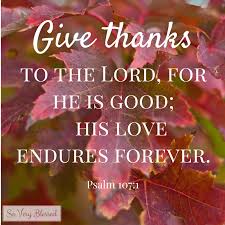 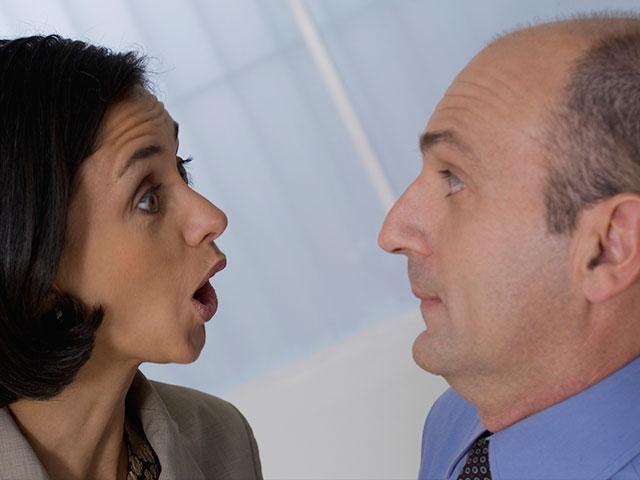 When my oldest son was around two, I would put him in the bathtub each morning to keep a close eye on him while getting ready for work. One day he asked if he could play with his new ship my husband had bought him the day before. I said yes, and he was quite entertained for a while.

As I sleepily sipped my coffee and put on mascara, Benjamin said something about his toy. Half-listening and focused more on my make-up than my son, I said, “Oh yea, that’s a great boat…”

Quickly correcting me, he said, “Da-da says it’s a ship.”

“That’s right,” I said (not really knowing the difference). A couple minutes later, my talkative toddler said something else about his toy and without thinking, I again said, “Hmmm…. yes that’s a nice boat.”

Glancing at his reflection in the mirror while continuing my routine, I said, “Oh yeah that’s right.”

Believe it or not, a few minutes later, this happened a third time — Benjamin telling me about his toys and me half-awake answering him with, “That’s a great boat…”

But this time, he yelled, “MOM!” I quickly turned around only to see my son holding his toy up and looking at me with frustration as he said, “Can you say SHIP?”

The Bible says, “The tongue is a little member and boasts great things. See how great a forest a little fire kindles!” (James 3:5, NKJV)

My exchange with my son is quite small in comparison to some of the firestorms that have started with just a few words. Countries go to war and couples go to divorce court over mere words. The tongue is a weapon, that’s for sure. A careless or wrongly placed word out of your mouth can set off a virtual forest fire.

By our speech we can ruin the world, turn harmony to chaos, throw mud on a reputation, send the whole world up in smoke and go up in smoke with it. This is scary:

“You can tame a tiger, but you can’t tame a tongue – it’s never been done. The tongue runs wild, a wanton killer. With our tongues we bless God our Father; with the same tongues we curse the very men and women He made in His image. Curses and blessings out of the same mouth!” (James 3:7-10, Message)

I still don’t know the difference between a boat and a ship, other than one is small and used for fishing and waterskiing, while the other is much bigger and usually found on the ocean. But I could know their differences if I chose to study them. In the same way, if I care about the things that defile my life and grieve the Holy Spirit, I can learn.

The Bible says, “He who would love life and see good days, let him refrain his tongue from evil and his lips from speaking deceit” (1 Peter 3:10, NKJV).

I may not be able to perfectly tame my tongue, but I can choose my words. Jesus said it starts with what we put in our heart:

As God’s Word becomes a priority in my life, one benefit is the overflow from my heart to my mouth.

“He who has knowledge spares his words, and a man of understanding is of a calm spirit” (Proverbs 17:27, NKJV).

If I’d had more knowledge on “ships” I wouldn’t have upset my young son. Likewise, as I gain understanding about the tongue and the various ways it defiles, I am less likely to be the cause of strife. My words can be vain, irritating, hasty, irreverent, insincere, proud, and malicious; OR my words can be modest, helpful, sincere, respectful, humble, and kind. And like the fierce winds that oppose a ship on the open sea, I can use the rudder in my mouth to maneuver peacefully through tough conversations or perceived attacks.

So, although I’m bound to be careless with my words at some point or another, it’s what I choose to keep in my heart that keeps me from recklessly starting a fire. I am the vessel and my tongue is the blade that adjusts my direction. Can you say SHIP?

The Only Way to Shut Up the Devil Is at the Cross
By: Whitney capps, crosswalk.com

Having disarmed the powers and authorities, he made a public spectacle of them, triumphing over them by the cross (Col. 2:15).

Living a life unashamed is a hard thing to grab a hold of. I mean, live confident in the work of Jesus? I get that. Forget the mountain of debt I had against God? Live completely free from the guilt and shame of that? So much harder, right? Shame is a stubborn weed that comes back no matter how many times I pull it, you know?

When the devil begins to attack us, it’s best not to argue with him. I’ve lost quite a few arguments with the devil. I know I have authority over him, but when he starts reading my rap sheet of crimes against God and comparing me to other women, I can get sucked into a “me” spiral. When this starts to happen, the only solution is to take me out of the equation. The only way to shut up the devil is at the Cross.

The church at Colossae knew about having an attacked, vulnerable faith. One of the purposes of Paul’s letter to the Colossians was to firm up their faith and remind them of their confidence in the Cross. In Colossians 2:14-15 (NIV) Paul says, “Having canceled the charge of our legal indebtedness, which stood against us and condemned us; he has taken it away, nailing it to the cross. And having disarmed the powers and authorities, he made a public spectacle of them, triumphing over them by the cross.”

The only way to shut up the devil is at the Cross.

In the Ancient Near East, agreements and business transactions between two parties were handwritten into formal contracts—not unlike today, but with a few more brush strokes rather than keystrokes. When one party was indebted to another, his name would be written below the agreement. When the debt was satisfied, the name would be scratched out, a line drawn through it, or one would hammer a nail, piercing the name, signifying the debt had been canceled.

In Colossians 2, Paul uses this same idea with the phrase “legal indebtedness.” The law of God was the written contract that held us in debt to Him. Sins stacked up, and our charges against Him were incalculable. But through Jesus Christ, God has canceled those charges! Because of the very specific word choice Paul used in verse 14, his audience would have envisioned the nails in Jesus’ hands and feet blotting out the debt we owed God. Every charge against us was nailed to the cross. Our account with Him had been settled. He can forgive us because though we failed to uphold our end of the contract by keeping the law, Jesus paid the price for our crimes against God. We were unable to meet the terms of our agreement with Him.

So, Jesus did that for us by living a perfect, completely sinless life and taking on the shame of our sin by dying a criminal’s death in our place. This is referred to by scholars as expiation. To “expiate” our sin means that Jesus satisfied the legal requirements that God demands of us.

This is the gospel. Our debt is paid! The nails that pierced Him declared us free and clear. What marvelous news! It’s a sweet reminder to combat our shame and guilt. The Cross is the antidote. The Cross sets us free from shame.

“The spirit of a man can endure his sickness, but as for a broken spirit, who can bear it?” – Proverbs 18:14 NASB

Sickness reveals that something is wrong with the body. In most cases, we can endure minor sicknesses, which might last for a season, but then are over. Yet the Bible tells us that ultimately there is something worse than a physical ailment: having a “broken spirit.”

Our spirits can be broken in many ways: failures and defeats, disappointments and rejection, the comments of others, events and reactions, and mistakes we have made.

When our spirits are broken, we can feel the impact on our emotions and perceptions. This can lead to discouragement and depression, despair, and a feeling of hopelessness. It can weigh us down, impair our judgment, and poison our relationships.

Anyone can have a broken spirit – poor or rich, young or old, regardless of our background and race, or where we live. This impact reminds us of why we need an intimate relationship with God. We need to be people of prayer, continually bringing our problems and concerns to Him. Seek His help and forgiveness. Confess our sins. Be filled with His Spirit that we might have His joy and peace. Seek His help in our relationships with others.

Be sure you trust in God. Be confident that He will provide for your every need. Fill your mind with His Word. Seek to think His thoughts. If you battle a broken spirit, turn to Him. Share your burdens with Him. Seek the freedom and healing only He can provide.

‘Look upon Zion … thine eyes shall see Jerusalem … there the glorious Lord will be unto us a place of broad rivers and streams; wherein shall go no galley with oars, neither shall gallant ship pass thereby. For the Lord is our judge, the Lord is our lawgiver, the Lord is our king; he will save us.’ Isaiah 33:20–22

In 1588, when the Armada sailed towards Britain, God blew with his winds and all Spain’s mighty hosts were broken, and God’s favoured isle was free. We were doubtless spared the horrors of war under Napoleon because of the Channel. It was especially so in the old times of ancient warfare; then a narrow trench was almost as useful as a broad channel would be now, for they had no ready means of crossing, though on old Assyrian sculptures we see galleys with oars crossing over rivers, and we have one or two sculptures, I believe, in the British Museum, of the Assyrian king turning the river into another channel so that he might the more easily take the city. But still, rivers were for a defence. O beloved, what a defence is God to his church! Ah, the devil cannot cross this broad river of God. Between me and you, O fiend of hell, is my God. Do remember this, Christian; between you and your arch-enemy is your God; Satan has to stand on the other side, and how he wishes he could dry up that stream, but God is omnipotent. How he wishes he could change the current, but fear not, for God abides immutably the same. How he wishes he could get at you and me; but only once let us get safe landed in Zion, we may look over its walls across the broad rivers and streams, and remember that we are out of gunshot of the enemy so far as our spiritual existence is concerned. He cannot destroy us; worry us he may; for we are such timid souls, but kill he cannot, for God, even our mighty God keeps us safe beyond all possibility of destruction.