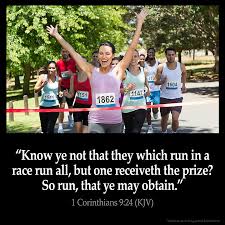 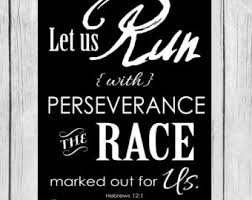 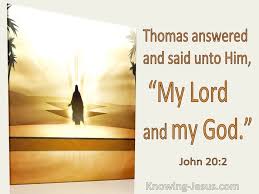 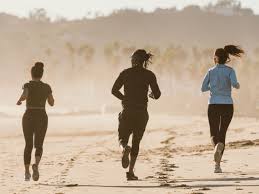 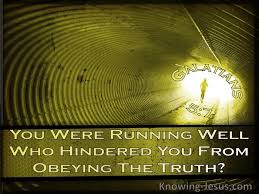 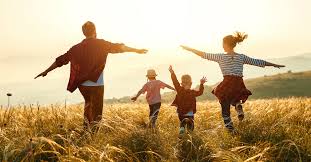 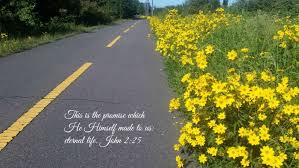 Let’s face it, we live in a highly competitive world. Whether it’s business, recreation, church, or even the family dinner table, competition seems to rule our lives. I make more money than you. My team is better than yours. Our church gave more to missions and has more members than theirs. I have more food on my plate than you do, and can eat more than you can.

We live with a never-ending push to succeed and win. Of course, this leads us to constantly compare ourselves with others to see how we measure up. How am I doing compared to those around me? If we aren’t winning, if we aren’t out in front, then we are just another in a crowd of faceless losers. The expression in the sports world that sums up this perspective says, “Second place is first loser.”

Sounds rather beastly, doesn’t it? “First loser.” Unless we make it to the top, success has eluded us and satisfaction turns to disappointment. We have been trained to feel this way – it is how this world works. Need an example? Next time you have a chance to watch or participate in a sport or game where there are many contestants pay close attention to the awards given at the end. The Olympics Games is a great example. At the end of every event the gold, silver, and bronze medals are given out. Obviously, the happiest person on the podium is the one with the gold, the one who won. Years of work and sacrifice have paid off and a dream has come true.

Typically, do you know who the next happiest person is? It’s the one with the bronze. Only three medals are given out, and they realize that, after all that time and effort, they came pretty close to going home with nothing. Not that they didn’t want to win, but there is a sense of relief in having received something for their work.

The saddest person is the one in second. They look up to the winner and reflect on just how close they came to their dream, yet still lost. You can usually see it written all over their face. They put on a fake smile that says, “Yay. I got the … silver.” Their sense of worth diminishes because they couldn’t measure up. Never mind that among 6 billion+ people on the planet there is only one other “better person” out there. They are still the first loser among a host of losers.

We have to train ourselves to think differently because the kingdom of God doesn’t work that way. In 1 Corinthians 9, Paul writes about his experiences and motivations in working out the calling the Lord had given him;

“Don’t you realize that in a race everyone runs, but only one person gets the prize? So run to win! All athletes are disciplined in their training. They do it to win a prize that will fade away, but we do it for an eternal prize.” (1 Corinthians 9:24-25 NLT)

Notice it says “we” do it for an eternal prize. We can all win! We can all go to heaven because of what Jesus has done for us on the cross.

However, just getting to heaven isn’t the whole point. In his follow-up letter to the Corinthian church, Paul wrote this:

“For we must all stand before Christ to be judged. We will each receive whatever we deserve for the good or evil we have done in this earthly body.” (2 Corinthians 5:10)

We may be in the race to get to heaven, but we are all running our own course. The Lord has a special individualized track for each of us. I’m not running your race, and you aren’t running mine. I won’t be judged for you, and you won’t be judged for me, or anyone else for that matter. The Lord doesn’t measure us against others. Winning not only means making it to heaven. Winning means making the Father proud. Winning means walking out our faith daily. Winning has nothing to do with how we measure up against others, it means how well we measured up against God’s plan for us.

As Paul said, RUN TO WIN! Live for Jesus the way only you can. Because getting to heaven is just the beginning. God has a whole lot more for us than just that.

Ezra 3:11-13 11With praise and thanksgiving they sang to the LORD: “He is good; his love to Israel endures forever.” And all the people gave a great shout of praise to the LORD, because the foundation of the house of the LORD was laid. 12But many of the older priests and Levites and family heads, who had seen the former temple, wept aloud when they saw the foundation of this temple being laid, while many others shouted for joy. 13No one could distinguish the sound of the shouts of joy from the sound of weeping, because the people made so much noise. And the sound was heard far away.

The altar was built first, and then the foundations for the temple were laid. The priests dressed in their priestly robes, with the instruments prescribed for the singing of praise, began to sing the chorus that had been sung 500 years earlier when the first temple was dedicated. I think we’ll be singing the same song when the last temple, New Jerusalem, is completed. It is the song of endless ages, for the goodness of God never changes.

Surely the elderly were crying with mixed emotions, remembering the sins that brought the temple down, the grace that kept them through the conquest and captivity, and the miracle of returning to their land. God kept His word, but who could have imagined during the destruction that it would ever be possible to build the temple again. The cry that went up was included the joyous praise of the younger people who had only heard of a temple. They had been taught about the sacrifices and the service of the temple. They had heard descriptions, and now they were the ones who would tell their children of seeing the foundations laid.

We have foundations too. The names of the Apostles are on our foundation. When we sing that song in the completed final temple, some will remember when the foundations were laid. They’ll remember hearing the teaching of the life and sayings of Jesus from the Apostles. I imagine there will be a great shout then.

Consider: Stranger and pilgrim in the earth, are you looking for the city that has foundations whose builder and maker is God? You don’t have to wait to sing the song. You can start now singing, “He is good and his love endures forever”.

Taken Aside by Jesus – Streams in the Desert – August 27

Paul not only stood the tests in Christian activity, but in the solitude of captivity. You may stand the strain of the most intense labor, coupled with severe suffering, and yet break down utterly when laid aside from all religious activities; when forced into close confinement in some prison house.

That noble bird, soaring the highest above the clouds and enduring the longest flights, sinks into despair when in a cage where it is forced to beat its helpless wings against its prison bars. You have seen the great eagle languish in its narrow cell with bowed head and drooping wings. What a picture of the sorrow of inactivity.

Paul in prison. That was another side of life. Do you want to see how he takes it? I see him looking out over the top of his prison wall and over the heads of his enemies. I see him write a document and sign his name–not the prisoner of Festus, nor of Caesar; not the victim of the Sanhedrin; but the–“prisoner of the Lord.” He saw only the hand of God in it all. To him the prison becomes a palace. Its corridors ring with shouts of triumphant praise and joy.

Restrained from the missionary work he loved so well, he now built a new pulpit–a new witness stand–and from that place of bondage come some of the sweetest and most helpful ministries of Christian liberty. What precious messages of light come from those dark shadows of captivity.

Think of the long train of imprisoned saints who have followed in Paul’s wake. For twelve long years Bunyan’s lips were silenced in Bedford jail. It was there that he did the greatest and best work of his life. There he wrote the book that has been read next to the Bible. He says, “I was at home in prison and I sat me down and wrote, and wrote, for joy did make me write.” The wonderful dream of that long night has lighted the pathway of millions of weary pilgrims.

That sweet-spirited French lady, Madam Guyon, lay long between prison walls. Like some caged birds that sing the sweeter for their confinement, the music of her soul has gone out far beyond the dungeon walls and scattered the desolation of many drooping hearts.

Oh, the heavenly consolation that has poured forth from places of solitude!
–S. G. Rees

Don’t Fear What Others Fear

The world around us fears all sorts of things. I was reading a few articles about what people fear the most. Things like heights, snakes, and the dentist top a lot of people’s lists. But so do things like economic disaster, wars, terrorism, and natural disasters. These are things that the world fears.

Isaiah is supposed to fear only God. Everything else is in God’s control. He will take care of all things. All that Isaiah has to do is obey God and fear him—that is, honor, worship, and be in awe of him.

We are called to do the same. There are many things to fear in this world. But God doesn’t want us to fear any of them. He wants us to fear only him. So in the fear of the Lord, worship and honor him today in everything you do.

Salvation is found in no one else, for there is no other name under heaven given to mankind by which we must be saved.
Acts 4:12
DailyVerses.net