Then Jesus said, “Did I not tell you that if you believe, you will see the glory of God?”

The Miracle of Salvation 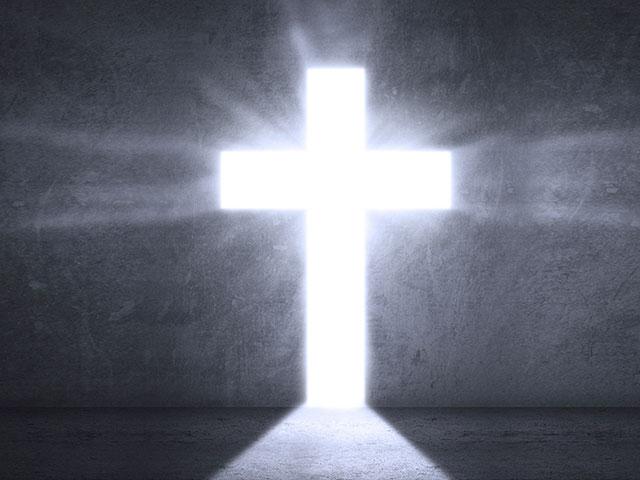 “We’re not sure Dad’s going to make it this time,” Linda said to her family.

Linda’s father had been in the cardiac intensive care unit for ten days. He was dying of congestive heart failure. The most recent crisis was that his kidneys stopped working. Now he was on dialysis.

Linda said, “I had a crushing burden to witness to Dad before he died. He wasn’t a believer, and I didn’t think I had done everything I could for his salvation. I went to see him early in the morning so other visitors wouldn’t be there. Another man was moved into his room, and a curtain was pulled between their beds. I prayed for Dad and told him how much God loved him and wanted to receive him.”

Linda still did not receive assurance of her dad’s salvation. “But I felt at peace about it,” she said. “I told him what I felt God wanted me to tell him. The Great Banquet is prepared for everyone, but sometimes they turn it down.”

Linda was referring to the story in Luke 14.

Jesus replied, “A certain man was preparing a great banquet and invited many guests. At the time of the banquet he sent his servant to tell those who had been invited, ‘Come, for everything is now ready.’ But they all alike began to make excuses.” Luke 14:16-18 NIV

The Great Banquet signifies the Kingdom of heaven. Everyone is invited, but sometimes people make all kinds of excuses for not accepting the invitation.

As Linda went in and out of her dad’s room during the day, she could see that the man in the next bed was dying. He was only 42-years-old and his name was Joey. Toward evening, Joey’s mother was there with him.

“Mother,” said Joey, “Will you please go to the lady sitting in the chair on the other side of the curtain? I want to talk to her.”

Linda walked around the curtain to Joey’s bedside. “I overheard you praying with your dad. Will you pray for me? I want to receive Jesus into my life.”

Linda led him in the prayer of salvation and asked him to repeat these words:

Dear Father, I come to you in the name of Jesus. I am a sinner, and I am very sorry for my sins and the life that I have lived. I repent of my sins and ask your forgiveness. I believe that Jesus Christ died on the cross and shed His blood for my sins. I confess Jesus as the Lord of my soul. With my heart, I believe that God raised Jesus from the dead. I invite you to come into my heart and become my Lord and Savior. Amen.

“It was so beautiful,” said Linda. “I could see that he had a sense of peace after he accepted Christ.”

“I thought it was my dad who was supposed to receive salvation that day, but it was Joey. My dad and Joey shared that room for only one night, but it was long enough for this miracle of salvation. Dad got better and was able to go home from the hospital, something we never expected. Now he attends church with us and I continue to pray for his salvation.”

So Great a Salvation

How shall we escape if we neglect so great a salvation, which at the first began to be spoken by the Lord, and was confirmed to us by those who heard Him, God also bearing witness both with signs and wonders, with various miracles, and gifts of the Holy Spirit, according to His own will? (Hebrews 2:3–4 NKJV)

About $2 billion worth of lottery prizes go unclaimed each year, according to researchers. (By the way, that isn’t an endorsement of the lottery.) God has given us something far greater than a lottery ticket, something worth far more than millions and millions of dollars. It is salvation.

No wonder the Bible calls it “so great a salvation” (Hebrews 2:3 NKJV). God has placed the righteousness of Jesus Christ into our spiritual bank accounts, so to speak. This is true of every Christian. The apostle Paul wrote, “For his sake I have discarded everything else, counting it all as garbage, so that I could gain Christ and become one with him. I no longer count on my own righteousness through obeying the law; rather, I become righteous through faith in Christ. For God’s way of making us right with himself depends on faith” (Philippians 3:8–9 NLT).

What we want to do is take hold of, or live out, what God has given to us. Sometimes we don’t see the impact of salvation on a believer’s lifestyle or on their choices. They may say, “Yes, I love the Lord,” but then they do things that seem to contradict that. They may say, “Oh yes, I am saved,” but then we wonder whether they really are.

“I saw … spirits of demons, performing signs, which go out to the kings of the whole world, to gather them together for the war of the great day of God.” – Revelation 16:13-14 NASB

Hollywood has sensationalized horror. As one authority described, these “unsettling films” are “designed to frighten and panic, cause dread and alarm.” They’re made to create nightmares and draw attention to “the dark side of life.” Millions of people flock to these films, filling their minds with monsters, mummies, vampires, and zombies. But how many recognize the satanic origins that inspire many of these images?

Revelation describes Satan’s forces as spirits armed with power; they are even “performing signs.” They fight against God’s people, gathering the nations against God to accomplish Satan’s purposes.

But the Bible tells us that Jesus came to the earth “to destroy the works of the devil” (1 John 3:8). He frequently cast out demons and gave His disciples “power and authority over all the demons” (Luke 9:1). Yet, we are warned that Satan can be subtle, that he is “a liar and the father of lies” (John 8:44). He can appear in any form, even “as an angel of light” (2 Corinthians 11:14).

Through means such as horror films, Satan may try to frighten us. But through the blood of Christ, we have prevailing power. But we must use the power and authority God has given us. Don’t allow Satan to gain an advantage over you. Don’t be “ignorant of his schemes” (2 Corinthians 2:11). Take this spiritual battle seriously. Be strong in the
Lord. Be filled with God’s Word and faith in Him.

As Jesus and his disciples, together with a large crowd, were leaving the city, a blind man, Bartimaeus . . . was sitting by the roadside begging. — Mark 10:46

Bartimaeus met Jesus. In the book of Mark, there are many stories about Jesus healing people, and Bartimaeus’s story is remarkable in several ways.

Mark takes the trouble to tell us his name, Bartimaeus, while many other people who met Jesus are just called “a man in the crowd” or “a woman subject to bleeding.” We are also told that Bartimaeus followed Jesus after being healed, and this event happens only a short time before Jesus goes to Jerusalem to die on the cross.

Jesus told Bartimaeus that his faith had healed him. Bartimaeus believed not in him­self but in Jesus’ power to heal. When he saw Jesus, he called him “Jesus, Son of David,” a royal title. And when Bartimaeus went to Jesus, he threw his cloak aside. Bartimaeus was willing to toss aside perhaps the only thing he owned in order to seek Jesus. And when Jesus asked what he wanted, he simply said, “Rabbi, I want to see.”

No matter who we are, we can approach Jesus with the same kind of simple faith. We can trust that Jesus will heal us and save us by his power alone, and we can follow him

The way to God

From the moment when Adam touched the forbidden fruit, the way from God to man became blocked up, the bridge was broken down, a great gulf was fixed, so that if it had not been for the divine plan of grace, we could not have ascended to God, neither could God in justice come down to us. Happily, however, the everlasting covenant, ordered in all things and sure, had provided for this great catastrophe. Christ Jesus the Mediator had in eternity past been ordained to become the medium of access between man and God. If you want a figure of him, remember the memorable dream of Jacob. He lay down in a solitary place, and he dreamed a dream, which had in it something more substantial than anything he had seen with his eyes wide open. He saw a ladder, the foot whereof rested upon earth, and the top thereof reached to heaven itself. Upon this ladder he saw angels ascending and descending. Now this ladder was Christ. Christ in his humanity rested upon the earth, he is bone of our bone, and flesh of our flesh. In his divinity he reaches to the highest heaven, for he is very God of very God. When our prayers ascend on high they must tread the staves of this ladder; and when God’s blessings descend to us, the rounds of this marvellous ladder must be the means of their descent. Never has a prayer ascended to God save through Jesus Christ. Never has a blessing come down to man save through the same Divine Mediator. There is now a highway, a way of holiness wherein the redeemed can walk to God, and God can come to us. The king’s highway:

“The way the holy prophets went-
The road that leads from banishment.”

Jesus Christ, the way, the truth, and the life.

For meditation: The crucifixion of God the Son was the opening ceremony of the way to the Father. As soon as the Son announced “It is finished”, the Father marked the occasion by cutting the veil of the temple from top to bottom (Mark 15:37,38; Hebrews 10:19,20).

No one lights a lamp and hides it in a clay jar or puts it under a bed. Instead, they put it on a stand, so that those who come in can see the light.
Luke 8:16
DailyVerses.net