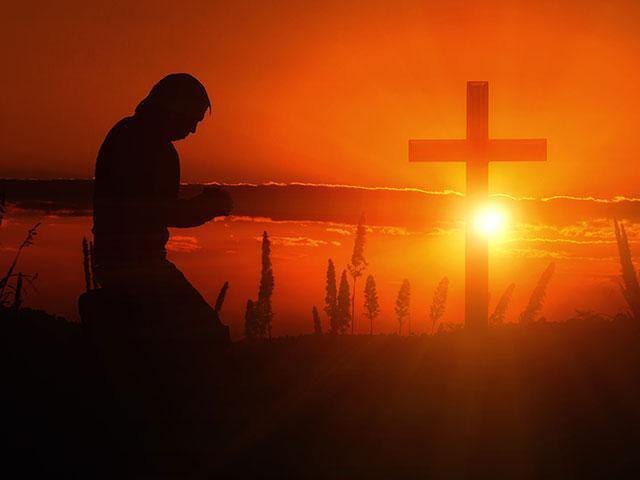 I liked to be liked, don’t you? I mean, seriously, who doesn’t? No one runs around hoping everyone hates them. It’s just not built in our DNA, no matter who you are.

But I can also testify that wanting to be liked has probably been the greatest source of my regrets than any other thing. There seems to be a fine line between walking in love and wanting approval. If I’m after approval, it’s easy to be swayed the wrong way. If I’m walking in love, I’m also walking with God and therefore, can be led away from lies and destructive thoughts and feelings. But sometimes walking in love looks like walking away.

“Faith enabled Moses to choose God’s will, for although he was raised as the son of Pharaoh’s daughter, he refused to make that his identity, choosing instead to suffer mistreatment with the people of God. Moses preferred faith’s certainty above the momentary enjoyment of sin’s pleasures. He found his true wealth in suffering abuse for being anointed, more than in anything the world could offer him, for his eyes looked with wonder not on the immediate, but on the ultimate—faith’s great reward!” (Hebrews 11:24-26 TPT).

When you read the story of Moses in Exodus, it’s obvious he ran from Egypt out of fear after killing a man and getting caught (Exodus 2:11-15). Moses had deep regret for his sin. He was young in faith and could have easily chosen to justify his actions to keep his status. I’m taking a guess here, but there are plenty of examples of kings and royalty rationalizing sinful behavior simply because of a title. But Moses didn’t do that. He ran — away from approval.

I can’t help but see the parallel in our generation. All of these centuries later, we are no different. Maybe our sin isn’t murder, but we are all guilty of things that are contrary to God and His love. The question is, what do you do when you realize your shortcomings? Do you justify them in order to keep your status? Or do you forsake them and run to God, risking rejection from the world?

I remember hearing a minister confess to his congregation one time about the many temptations he fights on a daily basis. This minister was highly esteemed so for a moment, the people were surprised at his confession. But he went on to say how although he’s tempted, he doesn’t choose those things because he loves God MORE.

And that’s the key.

Do you understand? I’m certainly not saying I’ve arrived. I fail daily. My point is that, like Moses, I’ve learned it’s better to choose “to suffer affliction with the people of God than to enjoy the passing pleasures of sin.” (Hebrews 11:25 NKJV)

The Message Translation says, “By faith, Moses, when grown, refused the privileges of the Egyptian royal house. He chose a hard life with God’s people rather than an opportunistic soft life of sin with the oppressors. He valued suffering in the Messiah’s camp far greater than Egyptian wealth because he was looking ahead, anticipating the payoff…” (Hebrews 11:25 MSG)

Does this mean life has to be hard? Absolutely not! I’ve experienced far more love, peace, and provision walking with the Creator of heaven and earth than anything the god of this world could offer me — including being liked by others.

Not everyone will understand your choices, until they meet the One your soul loves. And think about that … everyone makes choices based on the “one” their soul loves, whether it’s God or a spouse, or a girlfriend/boyfriend, or even a boss.

I want to encourage you today to reevaluate your choices. When you walk with God, you can walk away from sin and temptation. Is it easy? Not necessarily. But when you love God more than approval, you’ll find the reward is worth the temporary loss.

David lived by his wits in the wilderness. He knew that ­going back to Israel would be too dangerous because Saul was hunting him again. Where could he go for safety? Who might provide the kind of ­anonymity he needed for protection?

David decided to live among his former enemies, the Philis­tines. What? Wouldn’t the Philistines remember that he had killed their champion Goliath? We aren’t told all of the details, but it seems that living with the Philistines was the safest way for David and his men to stay alive at this time.

Making his plea to Achish, the king of Gath, David was given refuge in Ziklag. David, along with his 600 men and their families, made no attempt to harm the Philistines. They kept their word to leave them alone and to wage war on their ­surrounding enemies. While David was in Philistine territory, Saul stayed away. David flourished in the last place he really wanted to be.

During this time, something amazing happened—the king of Gath trusted David. David had shown himself to be trustworthy. He had modeled the kind of behavior that can turn an old enemy into an ally. In this way we can see that the Lord protected David even while living among his people’s enemies.

Streams in the Desert – November 16

But they overcame him by the blood of the Lamb and by the word of their testimony, and they did not love their lives so much that they were afraid to die. (Rev 12:11)

When James and John came to Christ with their mother, asking Him to give them the best place in the kingdom, He did not refuse their request, but told them it would be given to them if they could do His work, drink His cup, and be baptized with His baptism.

Do we want the competition? The greatest things are always hedged about by the hardest things, and we, too, shall find mountains and forests and chariots of iron. Hardship is the price of coronation. Triumphal arches are not woven out of rose blossoms and silken cords, but of hard blows and bloody scars. The very hardships that you are enduring in your life today are given by the Master for the explicit purpose of enabling you to win your crown.

Do not wait for some ideal situation, some romantic difficulty, some far-away emergency; but rise to meet the actual conditions which the Providence of God has placed around you today. Your crown of glory lies embedded in the very heart of these things—those hardships and trials that are pressing you this very hour, week and month of your life. The hardest things are not those that the world knows of. Down in your secret soul unseen and unknown by any but Jesus, there is a little trial that you would not dare to mention that is harder for you to bear than martyrdom.

There, beloved, lies your crown. God help you to overcome, and sometime wear it.
—Selected

“It matters not how the battle goes,
The day how long;
Faint not! Fight on!
Tomorrow comes the song.”

Proverbs 30:4-5 4Who has gone up to heaven and come down? Who has gathered up the wind in the hollow of his hands? Who has wrapped up the waters in his cloak? Who has established all the ends of the earth? What is his name, and the name of his son? Tell me if you know! 5“Every word of God is flawless; he is a shield to those who take refuge in him.

Have you let Him become your shield? What better shield than the One who made it all. Have you taken refuge in Him? What safer place could be found than the Almighty, who loves you and gave Himself for you? Trust in Him at all times. Pour out your heart before Him, the flawless One.

Meditation: My eternal Savior is the Creator, the Word made flesh, the flawless One!

I appeal to you, brothers and sisters, in the name of our Lord Jesus Christ, that all of you agree with one another in what you say and that there be no divisions among you, but that you be perfectly united in mind and thought.
1 Corinthians 1:10
DailyVerses.net