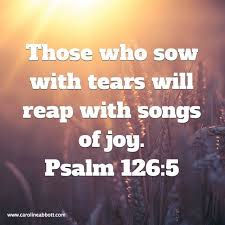 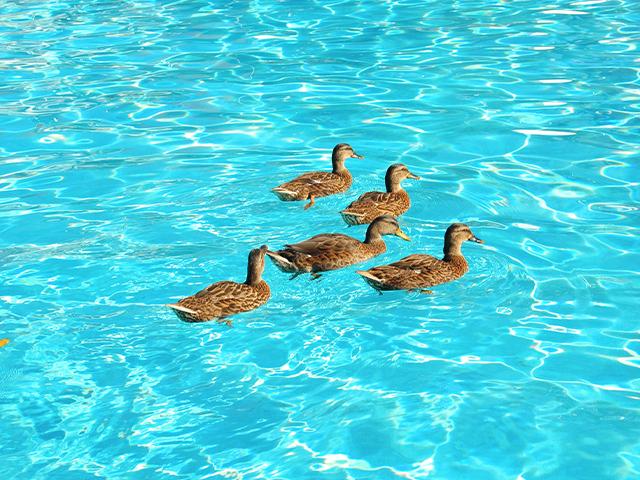 This morning my yorkie-poo alerted me that something was going on in the backyard. His barking wasn’t the usual yapping to greet a dog walking near our fence. When I went to investigate, I saw him doing manic laps around the pool, looking up frequently to see if I was paying attention. He had discovered invaders and was beside himself with the thrill of it. A pair of mallards had decided to enjoy a swim and Rocky wasn’t sure what to do about it.

After a few minutes of side-splitting laughter, I encouraged him to go swimming to “get the ducks.” This is a funny little dog who loves to swim and retrieve balls so he went for it, even though the ducks were nearly as big as he is. Naturally, the annoyed birds flew off, leaving Rocky behind victorious.

Rocky’s buddy Ziggy, our sweet Rottweiler, went to K9 heaven about a month ago. When Zig was in the yard, ducks and neighborhood cats didn’t venture near. Now things are different — for Rocky and for all of us in my family. We miss Ziggy and when there is a void that big, things change. Rocky has been mopey, he’s taken to making a fast break into the neighborhood when the door is open and dumps the trash can over when he’s left alone.

But then today there were ducks! He was filled with the joy of a new and exciting experience. I’ve started taking him to work with me (at our business) when I have a short day, something that wasn’t feasible with Ziggy. He also gets more car rides and 100% of the doggie love lavished at our house.

For my little mutt and for all of us there is unexpected joy to be found in the wake of grief and disappointment. When there is discord in one relationship, it may forge an even closer bond in another relationship as you seek comfort and direction. If you get sick you have time to appreciate health, which will hopefully come again. In a bad economy, you learn to rediscover simple pleasures and find out that possibly you have been squandering money when it was plentiful. Psalm 126:5 (TLV) tells us,

“Those who sow in tears will reap with a song of joy.”

Are you stuck in a sad, angry, or bored place? Rather than dumping the trash over (and ticking everyone off), start looking for ducks. There is probably unexpected joy ahead in your own backyard. Ask God to remind you of the joy He’s brought in the past or give you a little unexpected joy today.

“He prays to God, and He is favorable to him, so that he sees His face with joy; for [God] restores to him his righteousness (his uprightness and right standing with God—with its joys).” (Job 33:26 AMPC)

Ezra 8:21-23 21There, by the Ahava Canal, I proclaimed a fast, so that we might humble ourselves before our God and ask him for a safe journey for us and our children, with all our possessions. 22I was ashamed to ask the king for soldiers and horsemen to protect us from enemies on the road, because we had told the king, “The gracious hand of our God is on everyone who looks to him, but his great anger is against all who forsake him.” 23So we fasted and petitioned our God about this, and he answered our prayer.

When Ezra had gathered everyone for the journey, he proclaimed a fast. It was a time to humbly ask the LORD for His protection. He could have asked for armed guards, but he had already told the king that the gracious hand of God was on everyone who looks to Him. It would not be much of a testimony to turn around and ask for the strength of man after trying to share that with the king. Do we think like this? Do we remember what we have shared of the truth of our LORD with unbelievers and then carefully guard the testimony by being faithful to live in demonstration of it? I’m afraid we water down our words by our actions more than we verify our words by our actions.

I wonder if Ezra thought, “I put my foot in my mouth now! I’m going to have to make this trip with valuable possessions but without armed guards because I told the king God’s hand was on us and against our enemies. We had better pray!”

We are not in the habit of dropping everything, especially eating, and going to God until we get an answer. We could certainly learn from their example here. Ezra says God answered their prayer before they left. It was done before they broke camp. They didn’t have to see it to believe it. In some way that is not recorded, they had the assurance that the prayer was already answered. May the LORD teach us to pray with such fervor and hear the answer with this kind of convinced assurance.

Remember: The gracious hand of our God is on everyone who looks to Him!

“The words of Agur … the pronouncement … I am more stupid than any man, and I do not have the understanding of a man. Neither have I learned wisdom, nor do I have the knowledge of the Holy One.” – Proverbs 30:1-3 NASB

Who was Agur? The Bible simply tells us he was called “the oracle.” The Hebrew words suggest that he had a burden with a message that grew out of his experience. He recognized his weaknesses, declaring that he was more “stupid” than any other person, realizing how little he understood.

When he thought about God, he realized that his life experiences could not compare. No one could rival His wisdom or knowledge. God is the creator, sovereign over all the earth.

Agur asked his readers a simple question: “What is His name or His Son’s name? Surely you know” (v. 4). He invited his readers to think through this process along  with him and to recognize the obvious conclusions. No one can fully grasp who God is just by observing creation (as noted earlier in that verse).

Agur knew, “every word of God is pure; He is a shield to those who take refuge in Him” (v. 5). He also recognized how easily we can interject our own interpretations and reject what we don’t understand. So Agur warned us not to add to God’s words (v. 6). He understood the principle, “the fear of the Lord is the beginning of knowledge” (Proverbs 1:7).

Stay humble before God. Remember, you owe everything to Him. Trust Him. As you humble yourself before Him and study His Word, He promises to give you His wisdom and understanding.

Then Jesus declared, “I am the bread of life. Whoever comes to me will never go hungry, and whoever believes in me will never be thirsty.”
John 6:35
DailyVerses.net