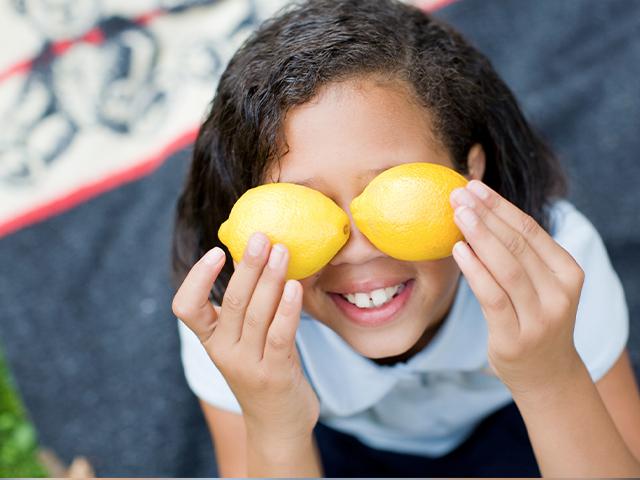 Pink is my granddaughter’s favorite color. She had been telling me this since she first discovered colors. One night, as she chatted away, she added that yellow was another one of her favorite colors. When had this color been added? What caused this change in opinion? I knew she was growing up, and people often change their thoughts on such matters. Possibly there was an underlying cause for this announcement.

Oh yes, she had a good reason for adding yellow. When she went to music class, Mrs. Cooke, the music teacher told her she was a bright yellow crayon, bright as the sun. This is a wonderful description of my grandchild! The teacher was right. Alex, as her family calls her, is a bubbly, cheerful, child. Truly, she is a bright ray of sunshine.

Words have such power. A small statement made by her teacher had truly inspired my granddaughter. It made her even list yellow as her favorite color. I doubt Alex will forget the teacher’s kind remarks. This made me think of the words I say. Do I say kind, encouraging, inspiring words to others? God’s Word certainly tells us to do so.

“The words of a wise man’s mouth are gracious, but the lips of a fool shall swallow him up.” (Ecclesiastes 10:12 NKJV)

“Let no corrupt communication proceed out of your mouth, but that which is good to the use of edifying, that it may minister grace unto the hearers.” (Ephesians 4:29 KJV)

In this world we live in, the negative is spoken so often. As a child, I had heard that sticks and stones may break my bones, but words will never hurt me. That statement is not true. In fact, words may not break our bones, but they certainly can damage our spirits.

God is Spirit and Truth and even the truth needs to be spoken in love according to God’s Word.

When we need correction, NO and NOT are wonderful words of warning and correction. God uses these words in the Ten Commandments. These are words spoken for a reason, given in love, to keep us safe and in God’s will. However, negative words, used without love, may be more harmful than physical hurts.

We can get sick or break a bone, but our bodies can eventually be restored to health. We can forget the pain we felt. Ask any mother if she remembers the pain of childbirth. Often she will not, but she will remember the joy of the birth of her child. On the other hand, we can remember the hurtful words spoken to us by someone we love. It sometimes takes more time to heal from unkind words spoken in anger than for our bodies to mend physically.

At church one Sunday, our pastor divided the congregation into two groups. Each side read the Bible, speaking words from scripture to the people on the opposite side of the room. It was one of those wonderful moments that made me once again see how wonderful God’s Word is to us.

The Bible is full of encouraging, wonderful words of promise to each of us. Can we, who are made in God’s image, begin to speak words in truth and love to each other? My desire is that the words of my mouth and the meditation of my heart be pleasing to God. I wish to speak words of encouragement and inspiration to others, much like the music teacher spoke to my granddaughter.

Yellow will always be a favorite color for my granddaughter — the color of sunshine — much like God’s words to us. They make us come alive!

“For he has rescued us from the dominion of darkness and brought us into the kingdom of the Son he loves, in whom we have redemption, the forgiveness of sins.” – Colossians 1:13-14

If you’ve heard of Eric Liddell, you probably know him as the Chariots of Fire guy. The Scottish Olympian famously turned down what most people thought was his best chance at a gold medal, the 100-meter dash. He did so because the trials for the race fell on a Sunday and he wouldn’t budge on this matter of faith. Instead, he entered the 400-meter event, qualified, and then stormed to the finish line with a new world record. Although the theme from the movie wasn’t playing back in 1924, the whole thing makes you think it should have been as he rounded the turns with his flailing gait.

Credits roll, end of story… right? Hold your chariots. Liddell’s faith carried him far beyond a single Parisian race. After the Olympics, Eric gave up running completely—at least the type of running done on a racetrack. Instead, he focused on a much greater race. A year after standing on the platform in triumph, he arrived in China as a missionary and, later, as a pastor. No endorsements or bling, just an impoverished country and a chance to share the good news.

During the worst days of World War II, Liddell chose to stay in Japanese-controlled China to serve the people he’d come to love. However, after the attack on Pearl Harbor in 1941, the Japanese military became more and more suspicious of foreigners and forbade them to preach or teach. In 1943, the Japanese sent Eric and many others to an internment camp in Weihsien. Even there, though, the preacher continued leading others in worship and being “Uncle Eric” to dozens of orphaned children.

He also made an incredible sacrifice.

During the war, Japan and Britain made a prisoner exchange deal, a deal that included the famous Scottish runner. Liddell had a wife and children waiting for him in Canada. He had every reason to go. But instead, he gave up his spot for a pregnant woman—a fact unknown even to his family until the Chinese government revealed it over 60 years later. Eric himself would never tell either because he died of a brain tumor in 1945, not long before the war ended. His friends at the camp didn’t remember him as the Olympian; they remembered him as someone who did what God called him to do.

Liddell realized that this world has nothing on the kingdom of the Son. We can win accolades, money, fame here, but none of it can touch the far, far greater rewards of Christ. In Him, redemption makes earthly recognition nothing more than dust. In Him, forgiveness makes even the greatest fortunes seem empty.

“Sin whispers to the wicked … They have no fear of God at all. In their blind conceit, they cannot see how wicked they really are. Everything they say is crooked and deceitful.” – Psalm 36:1-3 NLT

Some people simply believe what they want and what makes sense to them. They aren’t influenced by the facts or willing to listen to others. They don’t seem concerned about God or His Word.

This psalm of David is about such people. Because they do not fear God, they are not worried about the consequences of their actions. They may feel that their conclusions are justified, but from God’s perspective, they are filled with “blind conceit,” overwhelmed with their own ideas, and driven by pride and personal objectives.

They “have no fear of God.” By rejecting Him, they open themselves to thoughts and actions that lead in wrong directions. They even justify ungodliness, sin, and immorality.

As this psalm reminds us, “In their blind conceit, they cannot see how wicked they really are.” Regardless of their justification, “everything they say is crooked and deceitful.” They are so pleased with themselves that they aren’t willing to consider any restraint.

Facing people like this, David realized that he could turn to God and His unfailing love. He could find “shelter in the shadow of [His] wings” (v. 7). God has abundant resources and could provide everything he needed. He would “drink from [His] river of delights” (v. 8). God provides direction and guidance by His light.

Submit your thoughts and attitudes to God. Fill your heart and mind with His Word. Be sensitive to His Spirit. Trust Him!

Streams in the Desert – September 22 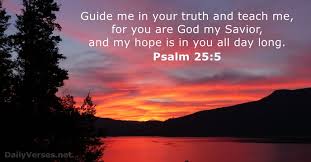 Do not repay evil with evil or insult with insult. On the contrary, repay evil with blessing, because to this you were called so that you may inherit a blessing.
1 Peter 3:9
DailyVerses.net

Jesus Christ is the same yesterday and today and forever.
Hebrews 13:8
DailyVerses.net