Cultivating a Spirit of Thankfulness 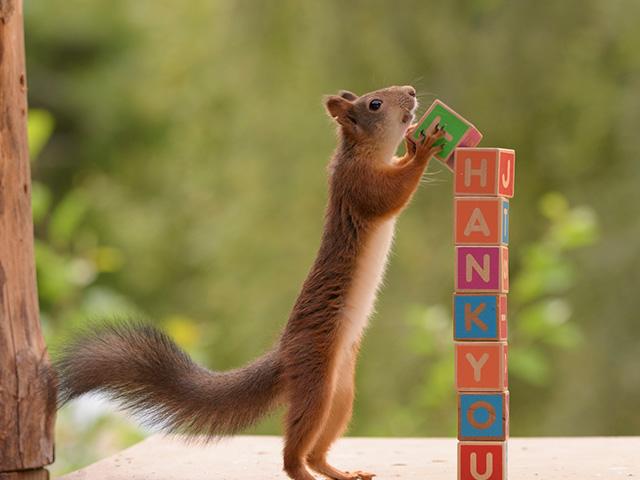 Even though we may stuff ourselves at the dinner table, celebrating Thanksgiving can actually make us healthier judging by recent research. Studies have shown that being thankful improves our physical and emotional health. Holding on to feelings of thankfulness boosts our immune system and increases blood supply to our heart. Daily guided exercises or the habit of keeping a weekly gratitude journal can increase our alertness, enthusiasm, and energy, and improve our sleep. People who describe themselves as feeling grateful tend to suffer less stress and depression than the rest of the population.

For all its benefits, gratitude doesn’t come naturally to us. As Jesus passed through a village one day, he was spotted by ten lepers who desperately longed to be healed (Luke 17:11-19). They kept themselves at a distance as required by law but cried out to him, “Jesus, Master, have pity on us!” Instead of instantly healing the men, Jesus told them to go and show themselves to the priest. As the ten lepers walked off to obey, their skin disease disappeared.

One of the men turned around, shouting praises to God as he came back to Jesus. He threw himself at his benefactor’s feet. Jesus expressed amazement that only one man had thought to thank him. “Were not all ten cleansed?” he asked. “Where are the other nine?” He also pointed out that the only man who did respond was a Samaritan, a race despised by the Jewish people.

For Christians, cultivating a spirit of thankfulness is more than a good idea; it’s a direct command from God. In the Old Testament, God laid down specific guidelines for the Israelites to bring thank offerings. In the New Testament, believers are instructed to be thankful in all circumstances (1 Thessalonians 5:18). When we’re struggling with trials and difficulties, this sounds like a strange command, especially since we live in a culture that encourages us to act on the basis of how we feel. But God knows that when we focus on our blessings, it’s easier to keep our problems and concerns in the right perspective.

King David never lost his keen awareness of all that God had done for the nation of Israel and for him personally. Even though he experienced disappointment, pain, and heartache, David often poured out his feelings of thankfulness to his Creator and Lord. That gratitude became the foundation of his worship of God.

I will give thanks to you with all my heart, O Lord my God. I will honor you forever because your mercy toward me is great. Psalm 86:12-13 (God’s Word translation)

Ask yourself: How often do I express gratitude to God or to other people?

Isaiah 1:18-20 18“Come now, let us reason together,” says the LORD. “Though your sins are like scarlet, they shall be as white as snow; though they are red as crimson, they shall be like wool. 19If you are willing and obedient, you will eat the best from the land; 20but if you resist and rebel, you will be devoured by the sword.” For the mouth of the LORD has spoken.

Any culture will express the value of its beliefs in the justice and compassion of their social life. Isaiah was prophesying to a culture that went through the motions of religion without sincerity of heart. Though they said they believed in God and justice, they lived lives that denied that claim. Greed was the driving force of the nation. Scales were not accurate. Justice was determined by bribery. The weak and poor were taken advantage of.

God allowed the enemies of Judah to rob and defeat them over and over again so that they would turn back to Him. They would turn back for a brief period and then would go right back to their idols that promised them the prosperity their greed desired. God’s arms still were open to them, and His voice called out to them to repent.

Your life expresses the value of your beliefs just as that culture expressed the heart of the people. In every action that God is dishonored, there is some kind of idolatry in our heart. God calls to us just as He called to them. Sit down with Him. Reason together with Him. He is willing to cleanse you and help you if you are willing. If you continue to be willing and obey what He shows you, then you will find the goodness of God in your daily life. If you rebel against His instruction, your sin will eventually destroy you.

Streams in the Desert – November 24

Is there any note of music in all the chorus as mighty as the emphatic pause? Is there any word in all the Psalter more eloquent than that one word, Selah (Pause)? Is there anything more thrilling and awful than the hush that comes before the bursting of the tempest and the strange quiet that seems to fall upon all nature before some preternatural phenomenon or convulsion? Is there anything that can touch our hearts as the power of stillness?

There is for the heart that will cease from itself, “the peace of God that passeth all understanding,” a “quietness and confidence” which is the source of all strength, a sweet peace “which nothing can offend,” a deep rest which the world can neither give nor take away. There is in the deepest center of the soul a chamber of peace where God dwells, and where, if we will only enter in and hush every other sound, we can hear His still, small voice.

There is in the swiftest wheel that revolves upon its axis a place in the very center, where there is no movement at all; and so in the busiest life there may be a place where we dwell alone with God, in eternal stillness.

There is only one way to know God. “Be still, and know.” “God is in his holy temple; let all the earth keep silence before him.”
—Selected

“All-loving Father, sometimes we have walked under starless skies that dripped darkness like drenching rain. We despaired of starshine or moonlight or sunrise. The sullen blackness gloomed above us as if it would last forever. And out of the dark there spoke no soothing voice to mend our broken hearts. We would gladly have welcomed some wild thunder peal to break the torturing stillness of that over-brooding night.

“But Thy winsome whisper of eternal love spoke more sweetly to our bruised and bleeding souls than any winds that breathe across Aeolian harps. It was Thy ‘still small voice’ that spoke to us. We were listening and we heard. We looked and saw Thy face radiant with the light of love. And when we heard Thy voice and saw Thy face, new life came back to us as life comes back to withered blooms that drink the summer rain.”

Michal had grown up in the house of Saul, Israel’s first king. Maybe she never saw her father acting in a way that seemed “unkingly.” Maybe she thought that royalty should distinguish themselves from the common people. Perhaps Michal wanted David to act like the father she knew rather than the man he was.

She seems to have been embarrassed that her husband the king was dancing in such an undignified way. After all, shouldn’t David think about her reputation as well?

David did not miss a beat in his response. Perhaps with a sparkle in his eye and a sly voice, he said, “It was before the Lord, who chose me rather than your father or anyone from his house when he appointed me ruler over the Lord’s people Israel—I will cele­brate before the Lord.” He also declared that he would become even more undignified—and even humiliated—if that’s what it would take to celebrate and honor the Lord while serving as king.

In this way David put the Lord first when even a close family member criticized him. Sometimes people do not know how to handle the joy of the Lord. David showed that he believed it was right to celebrate with all your heart in the worship of God. As the early church leader Irenaeus put it, “The glory of God is a human fully alive.”

For all have sinned and fall short of the glory of God, and all are justified freely by his grace through the redemption that came by Christ Jesus.
Romans 3:23-24
DailyVerses.net