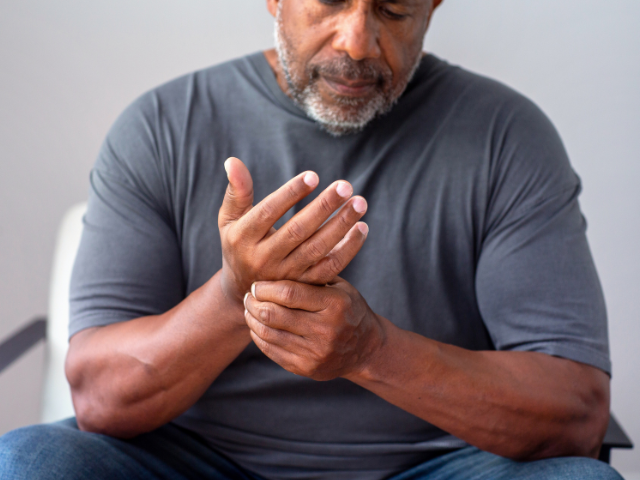 My husband has faint scars on his arms and hands.

It was not unusual to get the occasional burn at his former place of employment. He once worked at a die-cast factory, forcing molten metal into molds to form automotive parts.

The process began by putting chunks of impure metal into a hot furnace.

Then, once the metal melted, the refiner would throw in handfuls of granules that helped to separate the impurities from the pure liquid metal. These impurities looked like clumps of black lava as they broke loose and floated to the top of the silver molten liquid. The refiner then used a large metal tool to skim the surface and remove them.

This process continued until no further impurities floated to the top.

But the real way to know if the metal was free of impurities came when the refiner leaned over and looked upon the vat of liquid metal. When he saw his reflection—like looking into a mirror—he knew it was ready.

“Dear friends, don’t be surprised at the fiery trials you are going through, as if something strange were happening to you. Instead, be very glad—for these trials make you partners with Christ in his suffering, so that you have the wonderful joy of seeing his glory when it is revealed to all the world.”

Most Christians would not consider fiery trials and suffering as reasons to be very glad. In fact, it seems logical that such things should be avoided.

In Matthew 16:21, Jesus told His disciples about how He would suffer terrible things at the hands of the elders, the leading priests, and the teachers of religious law. He said he would even be killed. But He added that on the third day, He would be raised from the dead.

This did not make sense to Jesus’ disciples.

“Heaven forbid, Lord,” Peter said to Jesus in verse 22. “This will never happen to you!”   Peter probably thought he was being loyal, even a good friend.

“Get away from me, Satan! You are a dangerous trap to me. You are seeing things merely from a human point of view, not from God’s.”

In verse 24, Jesus said to His disciples,

“If any of you wants to be my follower, you must give up your own way, take up your cross, and follow me.”

Following Christ—even during the hard times—promises great rewards for believers.

This spiritual refining process helps Christians to identify with Christ’s sufferings. It also helps sanctify us from those sinful habits that try to weigh us down in life — to keep us from accomplishing God’s purpose for our lives.

So, when the Lord allows the heat to get turned up in our lives at times, it is not for nothing. He is the Refiner who removes these impurities from us so that His reflection is evident to all.

He is molding us into a strong creation that is not easily broken. He is shaping us into His own likeness.

“My dear brothers and sisters, take note of this: Everyone should be quick to listen, slow to speak and slow to become angry, because human anger does not produce the righteousness that God desires. Therefore, get rid of all moral filth and the evil that is so prevalent and humbly accept the word planted in you, which can save you.” – James 1:19-21 NLT

Silence is: “the absence of any sound or noise; stillness …the state or fact of being silent; muteness …absence or omission of mention, comment, or expressed concern.” The silent treatment has turned into ghosting. To ghost someone is to “suddenly end all contact with a person without explanation, especially in a romantic relationship.”

James says, in the verse above, “be quick to listen, slow to speak and slow to become angry.” Anger is a necessary emotion, but the way we handle it is important. James tells us why: “human anger does not produce the righteousness that God desires.” Then, he says, “humbly accept the word planted in you, which can save you.” In other words … listen. Tempers are lost and people are ghosted because we are disobedient to the Word planted in us. The Holy Spirit is faithful to convict us when we’re about to cross the line in anger … but it’s our choice to listen. Paul wrote to the Ephesians,

“’Don’t sin by letting anger control you.’ Don’t let the sun go down while you are still angry, for anger gives a foothold to the devil.” – Ephesians 4:26-27 NLT

God created us to need each other. No where in Scripture does it say we have the right to give someone the silent treatment, ignore a brother or sister, or ghost someone out of anger.

Streams in the Desert – November 27

“Verily I say unto you, Wheresoever this gospel shall be preached in the whole world, there shall also this, that this woman hath done, be told for a memorial of her.” Matthew 26:13.

The evangelists are of course the historians of the time of Christ; but what strange historians they are! They leave out just that which worldly ones would write, and they record just that which the worldly would have passed over. What historian would have thought of recording the story of the widow and her two mites? Would a Hume or a Smollet have spared half a page for such an incident? Or think you that even a Macaulay could have found it in his pen to write down a story of an eccentric woman, who broke an alabaster box of precious ointment upon the head of Jesus? But so it is. Jesus values things, not by their glare and glitter, but by their intrinsic value. He bids his historians store up, not the things which shall dazzle men, but those which shall instruct and teach them in their spirits. Christ values a matter, not by its exterior, but by the motive which dictated it, by the love which shines from it. O singular historian! You have passed by much that Herod did; you tell us little of the glories of his temple; you tell us little of Pilate, and that little not to his credit; you treat with neglect the battles that are passing over the face of the earth; the grandeur of Caesar does not entice you from your simple story. But you continue to tell these little things, and wise are you in so doing, for truly these little things, when put into the scales of wisdom, weigh more than those monstrous bubbles of which the world delights to read.

For meditation: God usually bypasses those who look great to the world and in their own eyes; he desires people who are after his own heart, however inconspicuous they are in the world’s sight (1 Samuel 16:7; Luke 3:1-2).

Dear friends, since God so loved us, we also ought to love one another.
1 John 4:11
DailyVerses.net

Salvation is found in no one else, for there is no other name under heaven given to mankind by which we must be saved.
Acts 4:12
DailyVerses.net